Good morning from South Staffs. A cloudy start to the day, with some sun forecast for later.

A reasonably straightforward puzzle today, with no particular hold-ups for me.

1a           Doubt one’s booked (11)
RESERVATION – Double definition, the second being what books you a seat on a train or a table in a restaurant.

7a           Man that’s engaged to be shown round northern capital (7)
FINANCE – Insert the abbreviation for Northern into a male engaged person.

8a           Player using this must be off pitch (5-2)
THROW-IN – Cryptic definition of a way of restarting play in football when a ball goes over the touchline. The player who puts the ball back into play must do so from off the pitch. 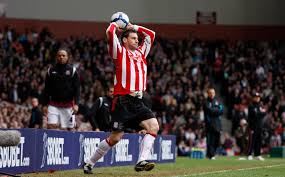 11a         Current form (6)
STREAM – Double definition: a current of water; or a form of students sorted by ability or choice of subject.

16a         Cricket side scoring boundaries only, apparently at a crawl (2,3,5)
ON ALL FOURS – The side of a cricket field also known as ‘leg’, followed by what the scoresheet would show if you only score by hitting the ball along the ground to the boundary.

21a         Plan six hundred Scottish river bridges (6)
DEVICE – Put together the Roman numerals for six and one hundred, then wrap a Scottish (or Welsh) river round the result. 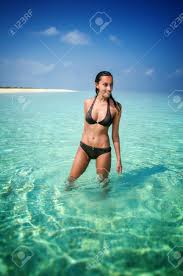 24a         Daughter with severe wavering gets merit (7)
DESERVE – An abbreviation for Daughter followed by an anagram (wavering) of SEVERE.

25a         Comparatively prickly, more like a Macbeth character deprived of whiskey (7)
ITCHIER – There are three characters in the Scottish play who meet around a cauldron. Start with a word which could mean ‘more like such a character’, then remove the letter represented by Whiskey in the NATO alphabet.

26a         What’s eaten at the seaside with bread that’s old-fashioned now? (4,3,4)
ROCK AND ROLL – Put together a tooth-breaking seaside sweet, another word for ‘with’, and a one-person piece of bread, to get a dance from a good few years ago.

1d           Part of airport entered by a person taking flight (7)
RUNAWAY – A (from the clue) is inserted into the part of the airport used for taking-off and landing.

2d           Dessert, when service should be given, we hear (6)
SUNDAE – A dessert which sounds like (we hear) the day of the week traditionally associated with church services, 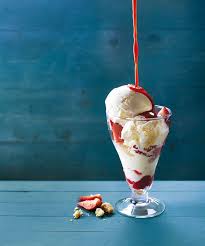 3d           Political comeback and encore lie in ruins — about time (2-8)
RE-ELECTION – Anagram (in ruins) of ENCORE LIE, wrapped round an abbreviation for Time.

9d           Label on syringe used by groupie? (4-7)
NAME-DROPPER – another word for ‘name’ or ‘description’, followed by a sort of syringe for dispensing small quantities of liquid. The answer is not what I recall groupies being notorious for!

15d         In Madrid the church set up scam, almost being charged (8)
ELECTRIC – Put together the Spanish for ‘the’, the reverse (set up) of the abbreviation for the Church of England, and another word for ‘scam’ minus its last letter (almost).

17d         Counsel Victor to cut radio’s broadcast (7)
ADVISOR – Anagram (broadcast) of RADIO’S, with the letter represented by Victor in the NATO alphabet inserted.

23d         Food, Greek and French, consumed by footballers (4)
FETA – The initials of the governing body for English football, wrapped round the French for ‘and’. 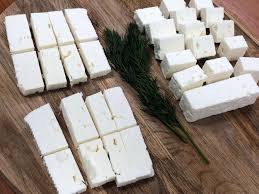