Good morning from South Staffs. Happy New Year to all, and best wishes for the year ahead.

I found this a fairly gentle Friday puzzle to start the year. It looked as though a pangram was on the cards, but both X and Y appear to be missing.

1a           Advising company, French one trading (11)
COUNSELLING – Put together an abbreviation for ‘company’, the French for ‘one’, and one of the components of trading.

10a         Noted space in hospital department (7)
EMINENT – Put together a printer’s space, IN (from the clue) and the usual hospital abode of otorhinolaryngologists.

11a         Cabin’s not opening with a turning tool (7)
HACKSAW – Another word for a cabin or rural dwelling, minus its first letter (not opening), followed by A (from the clue) and an abbreviation for With. ‘Turning’ in the clue tells you that ‘with a’ needs to be turned into ‘a with’ to get to the answer.

13a         Changes school subject with dreams of the future (9)
REVISIONS – The abbreviation for the school subject also known as Scripture, followed by a word for dreams of what may come to pass.

19a         Body oddly peculiar after sport massage (7)
RUBDOWN – Put together the initials of a sport played 15-a-side, the alternate letters (oddly) of BoDy, and a word for ‘peculiar’ or ‘personal’.

22a         Strike to fasten joint in arrangement of boards (7)
SHIPLAP – A word for ‘strike with an open hand’ is wrapped round a major joint in the body.

3d           Under cover, sheepdog scratching head in its shade (9)
SHELTERED – A type of sheepdog, minus the first letter of Its, followed by a shade or colour.

4d           Fun activity that’s unpleasant after lady gets half-cut (5)
LAUGH – If you remove the first half of LAdy from the answer you get an exclamation which means ‘that’s unpleasant!’.

6d           Divine having time away from visitors (5)
GUESS – Remove the abbreviation for Time from some visitors to your house, to get this verb for ‘to divine’.

14d         Aliens from one star base turned up in transport (9)
VENUSIANS – Start by putting together the Roman numeral for ‘one’, our nearest star, and a logarithmic base. Reverse (turned up) the result, then wrap somecommercial transport around the result.

15d         Supernatural fiend awfully stoic protecting sect (9)
OCCULTIST – anagram (awfully) of STOIC wrapped round another word for a sect. ‘Fiend’ here is being used in the sense of a fan rather than a demon.

17d         Welshman lies after losing leader’s keys (7)
IVORIES – The answer is an informal word for piano keys. A typically Welsh forename (though with English spelling), followed by (l)IES from the clue minus its first letter.

The actor singing in this clip had the right first name:

18d         Takeaway with baked food beneath counter (7)
CHIPPIE – The sort of counter used in a casino, followed by a baked item, typically meat or fruit in a pastry case. 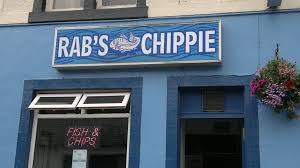