Good morning from South Staffs, where the day has dawned bright and clear.

I found today’s puzzle reasonably straightforward, with no major hold-ups.

1a           Issue bullet that’s harmless at close range (5-5)
POINT-BLANK – An issue in a debate or argument, followed by a bullet which makes a noise but does no damage.

9a           Shocking forbidden passion — love found by you and me (10)
OUTRAGEOUS – Put together another word for ‘forbidden, another word for ‘passion’ or ‘anger’, the letter which looks like a love score at tennis, and a pronoun for ‘you and me’.

10a         Good to get massage and something to eat (4)
GRUB – An abbreviation for Good followed by another word for ‘massage’.

21a         After reflection during Whitsun, I’m retiring — end of the line (8)
TERMINUS – Hidden in reverse (after reflection) in the clue.

22a         Very cold spell — one bear’s home, perhaps conserving energy (3,3)
ICE AGE – The Roman numeral for one followed by what would be better described as a bear’s prison in a zoo, wrapped round Energy.

24a         Maiden about to meet king’s brother (4)
MONK – Put together the cricket abbreviation for a maiden over, another word for ‘about’ or ‘concerning’, and the chess notation for a king, to get someone who lives in a religious community.

26a         Outstanding student in head-to-head fight (4)
DUEL – ‘Outstanding’, as a debt might be, followed by the usual crossword student. 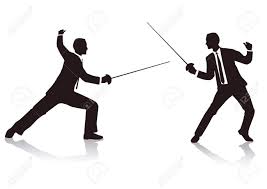 27a         Using odd bits of turkey, guys cook American — awesome! (10)
TREMENDOUS – Put together alternate letters (odd bits) of TuRkEy, another word for ‘guys’, another verb for ‘cook’, and an acronym for some Americans.

2d           Games console given without wrapping — that’s mean (6)
INTEND – Remove the first and last letters from the name of a Japanese producer of video games and consoles, to get a verb for ‘mean’.

8d           Knockout round involving locals? (3,5)
PUB CRAWL – Cryptic definition of an activity involving the consumption of alcohol in a series of hostelries in quick succession.

11d         Hitchcock, say, would do this kind of political manoeuvre (6,6)
DIRECT ACTION – As (verb, noun) the answer is what Hitchcock or any other film maker does to get his picture made. As (adjective, noun) the answer is the sort of political protest favoured by the sort of people who glue themselves to motorways, largely unhindered by the police.

14d         Behind European athlete, one that came first (10)
FORERUNNER – Put together a word for ‘behind’ or ‘in favour of’, an abbreviation for European, and a type of athlete.

17d         Barrier placed around Lima or another city (8)
FLORENCE – Put together the letter represented by Lima in the NATO alphabet and OR (from the clue), then wrap a sort of barrier around the result, to get the English name of an Italian city. 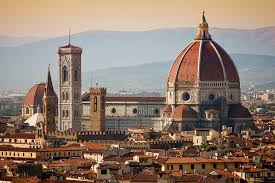 20d         Design has been put into that man’s suit (6)
HEARTS – ‘That man’s’ can be rendered as ‘he is’, contracted with the aid of an apostrophe. Wrap that contracted form around some design or skill, to get a suit of cards.

23d         North-bound motorway service area for pigs? (4)
FARM – Put together the abbreviation for a motorway and an acronym for one of the armed services. Then reverse the result (north bound, in a Down clue) to get somewhere you might find pigs.