A nice, gentle puzzle today, so even if you’re full of Christmas lunch, it shouldn’t detain you too long. 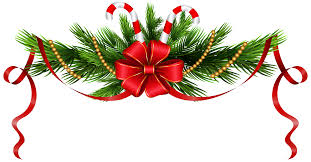 9a           Way in, we hear, for candidates (8)
ENTRANTS – These candidates for an examination or competition sound like (we hear) another word for ‘way in’.

12a         Polish part of Mediterranean (4)
EDIT – This word for polishing a piece of writing is hidden in the clue.

13a         Man’s cheeky application? (10)
AFTERSHAVE – Cryptic definition of something a man may splash on his cheeks (but not if he’s bearded).

16a         Greeting from Egyptian striker leaving hotel before lunch (6)
SALAAM – Start with an Egyptian international footballer who plays for Liverpool, remove the letter represented by Hotel in the NATO alphabet, then add the Latin abbreviation for ‘morning’ or ‘before lunch’.

18a         Tell, perhaps, that woman to follow damaged car (6)
ARCHER – Anagram (damaged) of CAR followed by a pronoun for ‘that woman’, giving us someone of whom William Tell is an example.

20a         Present month? (8)
DECEMBER – Something which is literally true, or the month for giving presents – a bit of a giveaway in a Christmas crossword.

23a         Commission standing when Democrat replaces Republican (10)
DEPUTATION – Start with a word for someone’s standing in the eyes of the world, then replace the initial Republican with Democrat.

26a Produce small piece on board (5)
SPAWN – Small followed by a chess piece.

27a         Most of family regularly turn tail in court (8)
TRIBUNAL – Another word for a clan or extended family, minus its last letter (most of), followed by alternate letters (regularly) of tUrN tAiL.

3d           Measure garden? (4)
YARD – Double definition: an Imperial measure of length; or what our American cousins call their back garden.

6d           Lads aren’t playing after temperature changed (10)
TRANSLATED – An abbreviation for Temperature followed by an anagram (playing) of LADS AREN’T.

7d           Pantomime character rewarded by Rolling Stone? (3,4)
ALI BABA – Cryptic definition of the pantomime character who learns the magic words which get him into the cave where a large number of malefactors have hidden their loot.

11d         Posh car is carrying worker with electronic goods for sale (11)
MERCHANDISE – The abbreviated brand name of some upmarket cars and IS (from the clue), placed either side of a factory worker, then Electronic is added to the end of the result.

14d         Amateur unusually entitled to bring in volunteers (10)
DILETTANTE – Anagram (unusually) of ENTITLED, wrapped round the initials of the old name for the Army Reserve.

17d         Moan and lie about after last of Xmas pudding (8)
SEMOLINA – The last letter of XmaS followed by an anagram (about) of MOAN and LIE.

19d         Person hoping for major promotion?
CAPTAIN – Cryptic definition of an army officer whose next promotion would be to the rank of major. 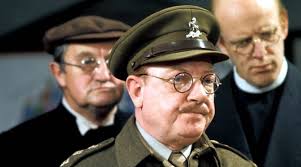 22d         Rank sculptures (not English) (6)
STATUS – Remove the English from some pieces of work produced by a sculptor. 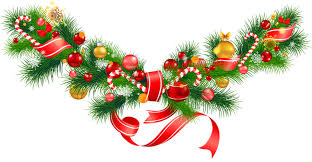