Good morning from South Staffs on a grey December day in Tier 3.

A slow start for me today, but I picked up pace as the first few answers began to appear, and finished in *** time.

1a           Most unadventurous Rio carnival, possibly (6)
SAFEST – The first two letters of the answer are an abbreviation for the continent where Rio is to be found. The last four make up a shortened word for something like a carnival.

9a           Graphic passport in possession of university student (6)
VISUAL – A passport, or more accurately a stamp in a passport granting access to a particular country, wrapped round University, followed by the usual letter indicating a student or learner.

12a         Transports slate, then steers up to turning now and then (8)
RAPTURES – Another word for ‘slate’ or ‘criticise’, followed by alternate letters (now and then) of StEeRs Up To, read from right t left (turning).

13a         Cafe first in Belgium, or needing backing? (6)
BISTRO – The IVR code for Belgium and the reverse (needing backing) of OR (from the clue) are placed either side of three letters which look like the alphanumeric contraction for ‘first’.

15a         One should stop drips hanging with horrible lot (6,7)
SHOWER CURTAIN – The first word is, like ‘horrible lot’, a disparaging term which a drill sergeant may apply to a group of soldiers on the parade ground. The second is a fabric hanging found at many windows.

18a         They bring you round marketing to house married sailors (8,5)
SMELLING SALTS – A synonym of ‘marketing’ has the abbreviation for Married inserted, then we have a familiar term for sailors.

20a         Elbows out a Victorian protagonist — British and old (6)
AKIMBO – Put together A (from the clue), the eponymous hero of a novel by Rudyard Kipling set in 19th-century India, British, and Old.

22a         Burned-out setter maybe attempted swapping couple of letters (3-5)
DOG-TIRED – The sort of creature of which a setter is an example, followed by a synonym of ‘attempted’ with its second and third letters swapped over.

27a         Leak in skip (6)
ESCAPE – Double definition, the first relating to a liquid or gas leaving a container unexpectedly, the second to a person fleeing confinement.

1d           Runner‘s number during run — that’s the other way round! (6)
SEVERN – The runner here is, like the crossword ‘banker’, a river rather than an athlete. To get the answer, insert the abbreviation for Run into a cardinal number. The clue starts by referring to a number inside a run, then tells you to do it the other way round.

2d           Sturgeon maybe finished with English food (4,5)
FISH PASTE – The sturgeon here is not the First Minister of Scotland, but an example (maybe) of the type of creature in the first word of the answer. The second word is a synonym of ‘finished’ or ‘over’, followed by English. 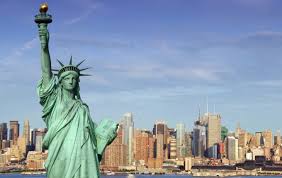 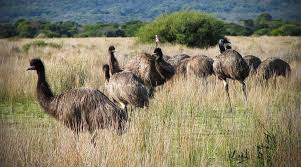 7d           A monstrous thing Long John Silver said (5)
AVAST – A (from the clue) followed by ‘monstrous’ or ‘enormous’, giving us a word of command in the days of sail, telling a ship’s crew to stop pulling on a rope.

16d         Land somewhere in America to climb in country (9)
AUSTRALIA – The two-letter abbreviation for a West Coast city in America is reversed (to climb) and inserted into a European country, producing another land or country.

19d         In this era try, people say, and stick together (6)
ADHERE – The two-letter abbreviation used in dating to indicate the current set of year numbers in the (Christian) calendar, followed by a word which sounds like (people say) another word for ‘try (a case in court)’.

21d         One’s relatively connected with the union (2-3)
IN-LAW – Cryptic definition of someone who becomes a relative by marriage.