Good morning from South Staffs where the sun is trying with limited success to break through the clouds.

One or two slightly obscure words in today’s puzzle, but nothing particularly difficult for me, so a ** marking.

1a           Clash between boxers perhaps that Sky would stage? (8)
DOGFIGHT – Cryptic definition of something which may be a clash between (canine) boxers, or may involve a fight in the sky. 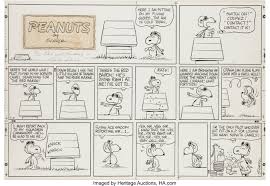 5a           Some radical politician, revolutionary having calm demeanour (6)
PLACID – Hidden in reverse (revolutionary) in the clue.

11a         Little bit of dessert Alex essentially leaves (5)
CRUMB – A cooked dessert which may involve apples, plums, or rhubarb, minus the middle letters (essentially) of ALEx.

12a         Debate about working to cover case of asbestosis (6)
REASON – The Latin word for ‘about’ or ‘concerning’ and another word for ‘working’, placed either side of the outer letters (case) of AsbestosiS.

13a         Paper coverage connected with unions? (8)
CONFETTI – Cryptic definition of the little bits of paper thrown at newly-weds.

15a         Accidents fail to restrict Ray following United beyond pre-Christmas period (13)
MISADVENTURES – Put together the name of the liturgical season covering the four Sundays before Christmas, an abbreviation for United, and the sol-fa note which sounds like Ray. Then wrap a word for ‘fail (to hit the target)’ around the result.

3d           Bitter personal description of one issuing reprimands, reportedly (3-4)
ICE-COLD – The definition is a word applied to weather conditions, It sounds like (reportedly) a phrase (1,5) which people handing out reprimands could use of themselves.

6d           Match official on pitch current couple occasionally upset (7)
LUCIFER – Put together a short version of the word for the person in charge of a football match, the physics symbol for electric current, and alternate letters (occasionally) of CoUpLe, then reverse (upset) the result.

8d           Gentleman keeled over, supporting girl coming out with rubbish (6)
DEBRIS – The short form of the word for a young woman making her entrance into society, followed by the reverse (keeled over) of a form of address for a gentleman.

10d         Nationality of extreme independent socialists’ leader visiting school (8)
SCOTTISH – Put together a three-letter acronym of a phrase meaning ‘extreme’ or ‘excessive’, Independent, and the first letter of Socialists, then wrap an abbreviation for ‘school’ round the result.

14d         Terrace view intermittently over river with a hotel below (8)
VERANDAH – Put together alternate letters (intermittently) of ViEw, River, another word for ‘with’, A (from the clue), and the letter represented by Hotel in the NATO alphabet.

16d         Tightwad from Welsh town discovered begging previously (9)
SKINFLINT – Remove the outer letters (dis-covered) from another word for ‘begging’ or ‘requesting’, then add the name of a North Wales town which gives its name to a historic (and present-day) county.

19d         Most remarkable trial absorbs everyone (7)
TALLEST – A trial or examination wrapped round another word for ‘everyone’.

20d         One working hard cleared out gutter subsequently (7)
GRAFTER – Remove the inside letters (cleared out) of G(utte)R, then add ‘subsequently’.

24d         Nigerian ready to broadcast in North America (5)
NAIRA – This Nigerian currency (ready, as in ‘ready money’) is made up of another word for ‘broadcast’ with an abbreviation for North America wrapped round it.

25d         Something to shoot unlimited meat (4)
AMMO – Remove the outer letters (unlimited) from a joint of cured pork to get the answer.