Good morning from South Staffs, with a watery sun breaking through the patches of cloud as I write.

Overall, I didn’t find today’s puzzle very difficult, but there seemed to me to be an excess of double definition clues, which are not my favourite.

1a           Measure period covered by recent broadcast (10)
CENTIMETRE Anagram (broadcast) of RECENT wrapped around a period.

6a           Casually grand, that’s you! (4)
THOU – An old or dialect way of expressing ‘you’, which is also another way of describing casually something which may equally casually be called a grand.

10a         Put off work, upset by papa coming in smashed (9)
POSTPONED – Reverse (upset) a short form of the Latin word for a work, then add another word for ‘smashed’ or ‘under the influence of drink or drugs’ with the letter represented by Papa in the NATO alphabet inserted.

12a         Parking delayed Parisian at the top of the hill? (7)
PLATEAU – Put together the letter found on car park signs, another word for ‘delayed’, and the French for ‘at the’. 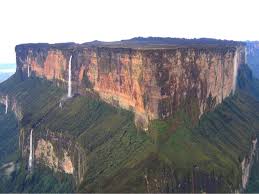 13a         Go over chapter by nonsensical writer (5)
CLEAR – ‘Go over’ as the horses at Cheltenham attempt to do with the fences. An abbreviation for Chapter followed by the surname of a well-known writer of nonsense verse.

15a         Brings in drink, singular — the setter’s first (7)
IMPORTS – Start with another way of writing ‘the setter is’, than add some fortified wine, and Singular.

19a         After travelling, a driver did it? (7)
ARRIVED – An all-in-one clue, where there is an anagram (after travelling) of A DRIVER, which is defined by the whole clue.

22a         Something from river put in ring? (5)
PEARL – Another all-in-one clue. Put an abbreviation for River inside a ring of bells, and you get something which may be described by the whole clue.

27a         Entering confession (9)
ADMISSION – Double definition: entering a theatre or stadium; or owning up to something.

2d           Snapper we employed producing this? (9)
NEWSPAPER – Anagram (employed) of SNAPPER WE. Another all-in-one, where the whole clue is the definition. 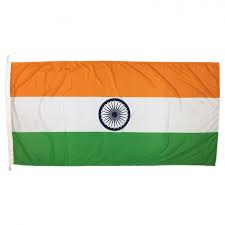 5d           Son, given a reminder to trail about, got free (7)
RESCUED – Put together the Latin word for ‘about’ or ‘concerning’, an abbreviation for Son, and ‘given a reminder’, as an actor may be told that it is time to enter or say something.

8d           Left-wing new university reflected Welsh town below (10)
UNDERNEATH – Put together the colour associated with the political Left, New and University. Reverse the result (reflected), then add the town whose name in Welsh is Castell-nedd.

Then felt I like some watcher of the skies
When a new planet swims into his ken;
Or like stout Cortez when with eagle eyes
He star’d at the Pacific—and all his men
Look’d at each other with a wild surmise—
Silent, upon a peak in Darien.
John Keats

18d         Worse row follows twisted article that’s horrid! (9)
NAUGHTIER – Put together the reverse (twisted) of an indefinite article, an exclamation meaning ‘that’s horrid!’ and a row of seats in a theatre or arena.

20d         Undeterred by river, welcoming suggestions to go over (7)
DESPITE – Reverse (to go over) the sort of suggestions listed in the heading to this blog post, then wrap a Scottish or Welsh river around the result.

21d         Settle on Scottish isle, say, to go climbing (7)
ARRANGE – An island in the Firth of Clyde followed by the reverse (to go climbing) of the Latin abbreviation for ‘say’ or ‘for example’.

23d         With central heating left off, fortunate to be prepared (5)
ARMED – Start with another word for ‘fortunate’ (as in ‘he led a ——- life’), then remove the abbreviation for Central Heating from the front.