Good morning from South Staffs as the equinoctial gales continue to blow.

I found Giovanni to be in somewhat trickier mode than for the last couple of weeks, though as usual the more obscure answers could be teased out of the wordplay.

1a           Cringe maybe as a cricketing failure (4)
DUCK – Double definition: a physical action; or a failure to score any runs.

10a         Like relatively cheaper goods not considered (10)
DISCOUNTED – This word for ‘not considered’ could also refer to goods which have a reduced price.

11a         Equipment carried by wicked English group (7)
BRIGADE – Another word for ‘wicked’ wrapped around some equipment or kit, followed by English.

13a         Descended from mountain maybe and became depressed (3,4)
GOT DOWN – A metaphor for ‘became depressed’ with a literal meaning of ‘descended’ from a mountain or height.

18a         Pilgrim’s passage, very short, a road so fouled up with oil (3,8)
VIA DOLOROSA – Very followed by an anagram (fouled up) of A ROAD SO and OIL. The answer is a Christian devotion, following the traditional footsteps of Christ on his way to Calvary.

21a         Gem fairy’s presented to Dorothy (7)
PERIDOT – Another word for a fairy followed by a short form of Dorothy. 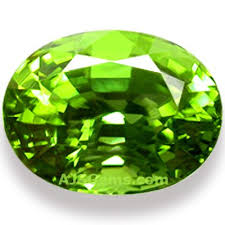 25a         Over-scrupulous activity of school nurse? (3-7)
NIT-PICKING – An adjectival phrase describing someone who seeks out the tiniest fault in something, or what the school nurse did when we all had to line up to have our heads inspected. 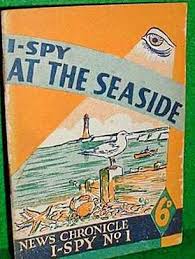 1d           Menial worker torments organisation (8)
DOGSBODY – A verb meaning ‘torments’ or ‘worries’ (as in ‘his life was —— by ill-health’) followed by a general term for an organisation or group of people.

2d           Manage to include everybody and one could be an inspiration for poets (8)
CALLIOPE – Put together ‘everybody’ and the Roman numeral for one, then wrap ‘manage’ or ‘get by’ around the result, to get one of the nine Muses, in this case the one responsible for epic poetry.

5d           Belonging to firm, idiot in journey is hiding identity (9)
INCOGNITO – Put together ‘belonging to’ or ‘part of’, an abbreviation for a firm or company, and a verb meaning ‘journey’ wrapped around an idiot.

6d           Excluding from building in street, home with disease (8,3)
SHUTTING OUT – The abbreviation for STreet wrapped around a small, often temporary, building, followed by ‘at home’ and a disease causing swollen joints, especially in the big toe. 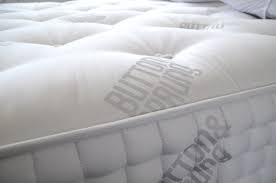 12d         Succeed for the first time, having cried desperately for so long (11)
ARRIVEDERCI – A verb meaning ‘succeed’ or ‘attain’, followed by an anagram (desperately) of CRIED. The answer is an Italian expression.

15d         One wild young fellow easily made money (1,4,4)
A FAST BUCK – Put together synonyms of ‘one’, ‘wild’ and ‘young fellow’ to get this phrase for money made quickly and without too much consideration for the consequences.

16d         Work set up on benches, drinks being provided (8)
POTABLES – Reverse (set up, in a Down clue) an abbreviation for a musical work, followed by some benches (the sort you work at, not the ones you sit on).

19d         Possibility of non-parents taking caring role with a daughter not wanted (6)
OPTION – Start with a word used to describe the process where people who are not a child’s parents take on the responsibility of looking after it as if they were, then remove A (from the clue) and Daughter from the front of it.

In the light of today’s events in New Zealand, our thoughts go out to all those in the homeland of our friends, the 2 Kiwis.