No horses were frightened during my solving of today’s puzzle from Giovanni, and those who object to religious references can relax, since this appears to be a secular puzzle.

1a           Competition between two close teams in pub west of city (5,5)
LOCAL DERBY – Another word for a pub near one’s home, followed by a city in the East Midlands.

10a         What may be flowering in season — nitrogen not needed (5)
SPRIG – Remove the chemical symbol for nitrogen from one of the seasons of the year.

19a         Heading for shelter in city mostly torn apart by conflict (7)
LEEWARD – Remove the final letter (mostly) from a West Yorkshire city, then insert an armed conflict into the result.

22a         One sister of Beth in British university, small and elegant (5)
BIJOU – The Roman numeral for one, and the name of one of Beth’s sisters in Little Women, with abbreviations for British and University placed either side.

24a         Illegal traveller taking a route east of Gloucestershire town (8)
STOWAWAY – Put together the name of a town in Gloucestershire, usually followed by ‘on the Wold’, A (from the clue) and a route or means.

27a         Superior crackpot, fellow on paper maybe not mentioned (9)
UNUTTERED – Put together the letter used to indicate superiority (of class), another word for a crackpot, and one of the usual crossword journalists.

29a         The time one’s arranged to meet (4)
DATE – Cryptic definition of a meeting set up with a potential romantic partner.

30a         Manchester has this top fellow on stage (7,3)
LEADING MAN – If you consider the spelling of ‘Manchester’ you might see that it has this, which is also the term for the principal male actor in a play.

1d           Composer’s sound inclination (4)
LIST – This is an inclination from the vertical which sounds like the name of a 19th-century Hungarian composer and pianist.

3d           The foreign female OK as an immigrant? (5)
LEGAL – A French definite article (‘the’ foreign) followed by a dialect word for a young woman. This gives us a word describing the status of someone who has not broken the law, whether as an immigrant or in some other context.

4d           Girl and boy admitting current attempt to withhold truth? (7)
EVASION – A girl’s name – perhaps the one who sang Loco-motion – followed by a boy child wrapped around the algebraic symbol for electrical current.

9d           What terrible left-winger outside Parliament finally gets stopped? (8)
THWARTED – Anagram (terrible) of WHAT, followed by the colour denoting a political left-winger wrapped around the final letter of ParliamenT.

18d         Vehicle belonging to artist on front of mansion gets barbarous treatment (9)
VANDALISM – Put together a small commercial vehicle, a Surrealist artist plus the letter indicating ‘belonging to’, and the first letter (front) of Mansion.

20d         Merit of some Parisian bottle unopened (7)
DESERVE – the French word for ‘some’ followed by another word for bottle or courage with its first letter removed (unopened).

23d         Jack joins member of family for a trip (5)
JAUNT – The playing-card symbol for a Jack followed by a female relative.

25d         A party with sailors below deck (5)
ADORN – Put together A (from the clue), one of the usual crossword parties, and the letters after the name of one of Her Majesty’s sailors. 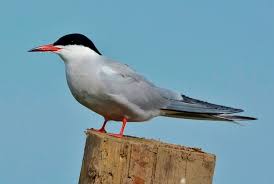