Hello, everyone.  I’m back again because it’s my turn to stand in for our 2Kiwis while they’re off touring India.  In the hints below most indicators are italicized and definitions are underlined.  Clicking on the Answer buttons will reveal the answers.  In some hints hyperlinks provide additional explanation or background.  Clicking on a picture will enlarge it or display a bonus illustration.  Please leave a comment telling us how you got on.

9a    Trap -- and any animal caught therein? (5)
PANDA:  This animal is found hiding in (… caught therein) the first three words of the clue.  It’s unusual to find the definition located inside the clue rather than at one end of it

11a   Determination left in suitor one upset (10)
RESOLUTION:  An abbreviation for left is inserted in an anagram (upset) of SUITOR ONE

12a   Searches may expose cunning (4)
ARCH:  The first word of the clue is hiding (may expose) the answer

14a   Piece of music that sees mates turn in drunk, last of all (12)
INSTRUMENTAL:  An anagram (drunk) of MATES TURN IN followed by the last letter of ALL

18a   Change may include a time for exchange of words (12)
CONVERSATION:  A noun synonym of change contains (may include) A from the clue and the physics symbol for time

21a   Draw attention to line crossed by one that's smoked (4)
FLAG:  The abbreviation for line inserted in an informal word for a cigarette

22a   Outlandish -- like Humpty Dumpty? (3-3-4)
OFF-THE-WALL:  Taken literally, the answer describes where Humpty Dumpty ended up 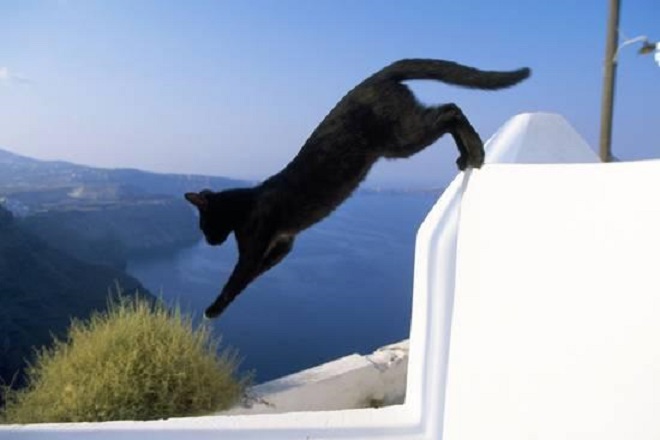 26a   Cross, using international tariff (5)
IRATE:  A charade of the single-letter abbreviation for international and a synonym of tariff

27a   Urge to be hugged by accomplished leading lady (7)
DOYENNE:  A (3) urge or desire is contained in (hugged by) accomplished or completed

28a   Separate good people within group (7)
SEGMENT:  The abbreviation for good and some male people are both contained by (within) a group

1d    Yearn to cook over soft table linen (6)
NAPERY:  An anagram (… to cook) of YEARN containing (over) the (1) musical abbreviation for soft

4d    Sense of location for broadcast (5)
SIGHT:  One of the five senses is a homophone (for broadcast) of a word meaning location 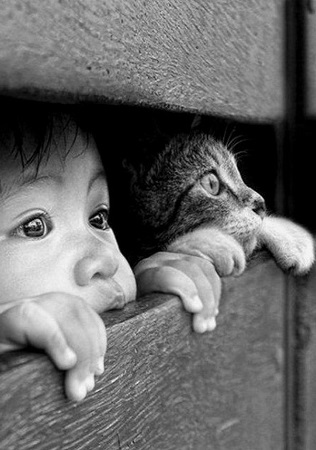 5d    Limo work with student in snub for religion? (5,4)
CARGO CULT:  Concatenate the type of vehicle that a limo is, work or operate, and a word meaning snub or ignore containing the usual single letter indicating a student driver (student in snub).  Click here for an explanation of the answer

6d    A daughter, about six, is enthusiastic (4)
AVID:  A from the clue and the genealogical abbreviation for daughter sandwiching (about) the Roman numerals for six

8d    Follow up issue, having minor responsibility? (8)
GODCHILD:  The reversal (up, in a down clue) of follow or tail, followed by issue or descendant

16d   Raised platform high up in burn (8)
SCAFFOLD:  The reversal (up, in a down clue) of high or rotting is inserted in burn with hot liquid or steam

17d   Foot soldiers shot after home supporter (8)
INFANTRY:  A shot or attempt comes after both the usual word for home and a supporter or follower 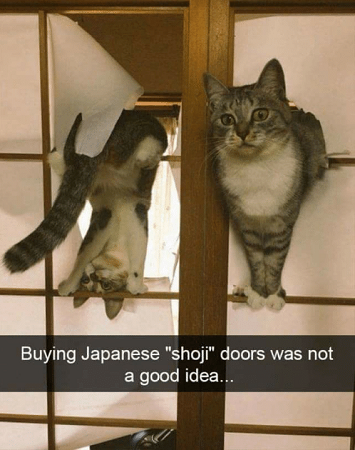 20d   Job finally accepted by perceptive chap (6)
ALBERT:  The last letter (… finally) of JOB is inserted in (accepted by) perceptive or aware to give a male name

23d   Put up across street for experiments (5)
TESTS:  The reversal (up, in a down clue) of put or place containing (across) the abbreviation for street

24d   Wrong to pinch king and hide (4)
SKIN:  A wrong or lapse containing (to pinch) the chess abbreviation for king

Thanks to today’s setter for a pleasant solve.  If there’s a reason for using the same reversal indicator four times in the down clues I’m not seeing it, and that repetition reduced my enjoyment of this puzzle.  But I did think 7d was clever, I admired the lurker in 15d, and the Quickie pun suggested something to do after work.  Which clues did you like best?