Good morning from South Staffs, where the day has started bright, but the forecast is less promising.

The answers in today’s Giovanni didn’t necessarily leap out on first reading, but the impeccable wordplay meant that, as always, the clue could be solved.

7a           That cut flower is something sweet (7)
SUCROSE – Remove the final letter from a word for ‘of that kind’, then add a garden flower to get one of the sugars.

8a           Daughter at back of house, underdog not half harassed (7)
HOUNDED – Put together an abbreviation for house, the first half of UNDErdog, and Daughter.

10a         Pointer about to be planted in country hill (9)
INDICATOR – An Asian country wrapped around one of the Latin abbreviations for ‘about’ or ‘approximately’, followed by a hill in Devon.

12a         Egyptian phenomenon brings silence, then an exclamation (5)
MUMMY – A three-letter word for ‘silence’, as in ‘keep —‘, followed by a two-letter expression of surprise.

13a         Dramatist that could have nine jobs on — one must go (3,6)
BEN JONSON – Anagram (could have) of N(i)NE JOBS ON, with the I removed (one must go). The answer is a contemporary of Shakespeare, who wrote The Alchemist.

15a         Time to interrupt the French priest making speech? (7)
LECTURE – The French definite article and the French word for a parish priest, wrapped around Time.

17a         In investigation bad person falls (7)
CASCADE – An investigation by Sherlock Holmes, perhaps, or Inspector Morse, wrapped around a bad or dishonourable person. 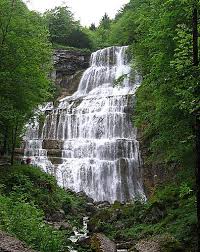 18a         Good and exceptionally gentle, I repeatedly can be explosive (9)
GELIGNITE – Good followed by an anagram (exceptionally) of GENTLE, I and I (I repeatedly).

20a         Singer Pat offers blessing for the listener (5)
BOONE – The surname of this singer from the 50s and 60s is a homophone (for the listener) of a blessing or favour.


21a         Sarah operating in hairdressing establishment? (5)
SALON – A short form of Sarah followed by ‘operating’ or ‘powered up’.

23a         Bridge opponents in the home counties (5-4)
SOUTH-EAST – These two opponents at the bridge table are also the geographical location of the Home Counties.

24a         Nocturnal creatures flying around the French farm buildings (7)
STABLES – Reverse (around) some nocturnal flying creatures, then add the plural form of the definite article in French.

1d           Head of astrophysics acclaimed possibly in a university? (10)
ACADEMICAL – The first letter (head) of Astrophysics followed by an anagram (possibly) of ACCLAIMED.

2d           Sensitive Tory losing heart must suppress expression of pain (6)
TOUCHY – Remove the middle letters (losing heart) from T(or)Y, then wrap the result around a cry of pain.

3d           Happen to lead a board that is not invincible (8)
BEATABLE – A verb meaning ‘happen’ or ‘exist’ followed by A (from the clue) and the item of furniture sometimes known as a board.

4d           Ferryman takes companion forward, crossing a river (6)
CHARON – The answer is the mythical ferryman on the river Styx. The letters denoting a Companion of Honour and a two-letter word for ‘forward’ are placed either side of A (from the clue) and River,

5d           Performances around university? They have lots (8)
AUCTIONS – University inserted into some performances or deeds gives us the some sales where lots are knocked down to the highest bidder.


6d           A type of cheese not the first thing for man in garden (4)
ADAM – A (from the clue) followed by a Dutch cheese minus its first letter, giving us the male occupant of the Garden of Eden.

9d           Just unconcerned (13)
DISINTERESTED – Double definition, both really pointing to someone who has no preference or bias towards either side of an argument.

14d         Each boy appears in black fur in keeping with the time (10)
SEASONABLE – Put together an abbreviation for ‘each’ and a boy child, then insert the result into the black fur of a marten.

16d         Old city slowly pressing ahead as necessary? (8)
URGENTLY – The usual ancient city of the Chaldees followed by ‘slowly’ or ‘softly’.

17d         Report of people scrutinising country residence (8)
CHEQUERS – This is the Prime Minister’s country house. Its name sounds like (report of) people carrying out scrutinies. 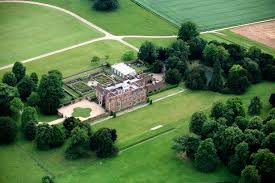 19d         Take a stand at home over little relative beginning to transgress (6)
INSIST – Put together ‘at home’, a shortened form of a sibling, and the first letter (beginning) of Transgress