I found today’s puzzle from Giovanni to be harder than usual (not helped by putting in the wrong first word in 4d), but as usual it was difficult to see in retrospect what I had found difficult.

5a           Like delivery on field completed by a fighting force (7)
OVERARM – ‘Completed’ followed a general term for a branch of the Services, giving us a style of bowling on the cricket field.

9a           Transformed female, amused when changing (6)
MEDUSA – Anagram (when changing) of AMUSED, producing one of the legendary Gorgons. 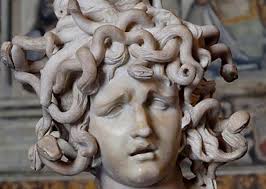 10a         Element of spoken languages, a number (8)
TUNGSTEN – A homophone (spoken) of a word for ‘languages’, followed by a cardinal number (the one which will apply to next year’s Birthday Bash. This is a chemical element also known as wolfram.

14a         Unusually poised as saint, showing no emotion (13)
DISPASSIONATE – Anagram (unusually) of POISED AS SAINT.

16a         Supporting one particular gender and class (4)
FORM – Another word for ‘supporting’ or ‘in favour of’, followed by a letter indicating one of the traditional genders.

17a         Base discovered at holy Scottish site, blocked off at end (10)
FOUNDATION – Another word for ‘discovered’ followed by AT (from the clue) and a holy island in Scotland (associated with St Columba) with its final letter removed. 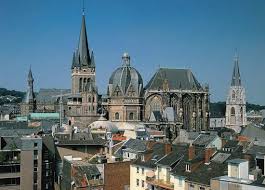 22a         Soldiers in time will give consent (5)
AGREE – A long period of time wrapped around the initials of an engineer regiment in the British Army.

23a         Touching piece on games board, gripping part of play (7)
TACTILE – A game piece (in Scrabble, perhaps) wrapped around one of the sections of a play.

1d           Fellows of the upper class that may be seen in restaurant (4)
MENU – Some fellows or chaps followed by the letter denoting Upper class.

2d           Soldier number one has a psychological condition (8)
PARANOIA – Put together an airborne soldier, an abbreviation for number, the Roman numeral for one, and A (from the clue).

3d           Endless row about pub offering Aussie can of beer (6)
TINNIE – A row of seats with its last letter removed, wrapped around another word for ‘pub’.

4d           As something before its proper time, it’s not going off with a bang (5,5)
FALSE START – Cryptic definition of what happens when a competitor in a race does not wait for the gun to go off.

5d           Foreign character, very big, with nothing on top (5)
OMEGA – The answer is a Greek letter. The letter which looks like a zero, followed by an informal term for ‘very big’ (itself derived from Greek).

8d           Musical drama, the heartless work (7)
OPERATE – A musical drama (the one which ain’t over till the fat lady sings), followed by T(h)E from the clue with its middle letter removed (heartless).

15d         Soldiers on trip receiving any number of weapons etc (8)
ORDNANCE – The usual soldiers who are not officers, followed by ‘trip’ (the light fantastic) wrapped around the algebraic symbol for ‘any number’.

17d         Upset about wild animal in prime of life? (6)
FLOWER – Put together the Latin expression for ‘about’ or ‘concerning’ and a wild animla which hunts in packs, then reverse the lot.


18d         Very big honour given to Home Counties (5)
OBESE – One of the honours awarded in large numbers in the New Year Honours List, followed by the geographical location of the Home Counties.

21d         Church with fashionable feature (4)
CHIN – An abbreviation for CHurch followed by ‘fashionable’. 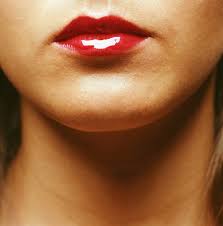 I’m off to London this afternoon, and hope to see some of you this evening and others tomorrow, though I shall be late for the afternoon session, since I have another meeting to attend.