Good morning from South Staffs, where the sun is trying to beak through the early morning cloud.

Nothing too frightening from Giovanni this morning, and I at least was helped by the number of clues with a local reference. 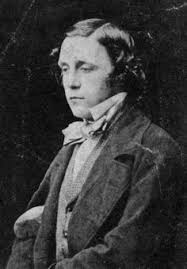 7a           Head meets very important lady, one given to drink (5)
TOPER – Another word for the head or highest point, followed by the two-letter cypher denoting our most important woman.

10a         Without end, getting cross inside and outside (8)
EXTERNAL – Put a cross-shaped letter inside a word for ‘without end’.

11a         Poles grow tired having got to English county (10)
FLAGSTAFFS – Put together ‘grow tired’ and the short form of the county that I’m writing from.

13a         One of twenty showing polish? (4)
NAIL – Cryptic definition of something found on your fingers and toes.


16a         Editor finally rejected a collection of myths (4)
EDDA – Put together the abbreviation for editor, the final letter of rejecteD, and A (from the clue), to get some old Icelandic literature.

17a         Firm has representative working, sent round to offer spare parts? (10)
COMPONENTS – Put together an abbreviation for a firm or company, a Parliamentary representative, a word for working or in operation, and an anagram (round) of SENT.

19a         Work to collect wet stuff and greasy stuff (5,3)
TRAIN OIL – The wet stuff which falls from the sky, with some laborious work wrapped around it.

20a         Like former PM making comeback or out? (6)
ASLEEP – Another word for ‘like’ followed by the reversal (making comeback) of the name of a 19th-century Prime Minister – the one who founded the police force and issued a manifesto from the South Staffs town where I live. 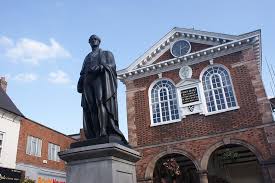 22a         Belgian location, say, featured in story (5)
LIEGE – The abbreviation for ‘say’ or ‘for example’ inserted into a false story, giving a Belgian city which is the start and end point for a cycle race to Bastogne and back. 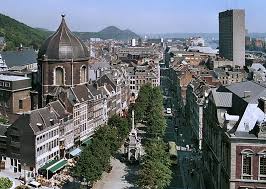 23a         Country worker penning love lines (7)
HOLLAND – Put together the letter which looks like a love score at tennis and the abbreviation for ‘lines’, then wrap a manual worker around the result.

2d           Thus Conservative esteems ancient thinker (8)
SOCRATES – Put together ‘thus’, Conservative, and ‘esteems’ or ‘judges’, to get a Greek philosopher. 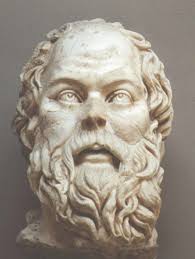 5d           Third grade got with exam? It’s pretty hard (5)
CORAL – An exam grade which, ignoring A*, is the third-ranked one, followed by an exam which does not involve writing. 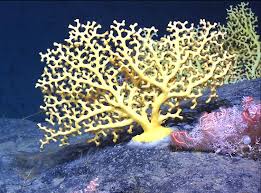 6d           Pour this into glasses, each brimful possibly — one litre served up to start (13)
LIEBFRAUMILCH – Start with the Roman numeral for one and the abbreviation for Litre, reverse them (served up) and add an anagram (possibly) of EACH BRIMFUL.

15d         A charitable donation outside pub being set up — lovely! (8)
ADORABLE – A (from the clue) and a charitable (or Social Security) handout wrapped around the reverse (set up) of a word for a pub or part of a pub.


17d         One managing to keep ring made by old-fashioned craftsman (6)
COOPER – Someone who is just about managing wrapped around a ring-shaped letter. 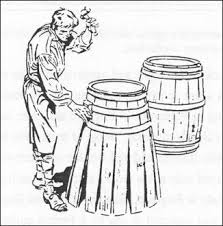