Good morning from South Staffs. My thanks to BD, Senf and Pommers for minding the shop while Mrs DT and I have been on our travels in Belgium and France, and apologies to Jean-Luc that, once again, our plans to visit Hyères did not come to fruition.

There are some nice bits of misdirection in today’s Giovanni, but nothing too obscure. The long anagram at 5d was last in for me, mainly because I hadn’t spotted the definition.

1a           Sell famous footballer, divine in the middle (6)
PEDDLE – A famous Brazilian footballer of the past, wrapped around the letters found after the name of a theology professor or divine. 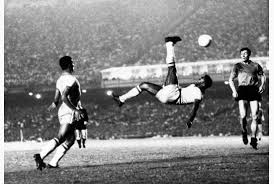 5a           Extend piece of writing provided by publicist (8)
PROTRACT – The three-letter acronym for the person in charge of publicity in an organisation, followed by a piece of writing, often of a political or religious nature.

9a           Repeated accident location in nursery rhyme? Fancy that! (4,4)
WELL WELL – The location where Jack and Jill came to grief, repeated to get an expression like ‘Fancy that!’ 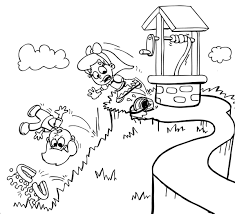 11a         Psychologist meeting German woman in the mountain (8)
JUNGFRAU – A Swiss psychologist followed by the German word for a woman, giving us a Swiss mountain. 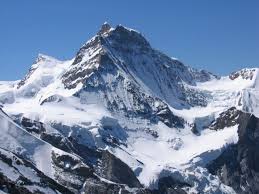 12a         Little people in air flying round to entertain me (6)
GNOMES – These chaps were always in Zurich when I was younger, doing strange things in international finance. Reverse (flying round) a musical air, and wrap the result around ME (from the clue). 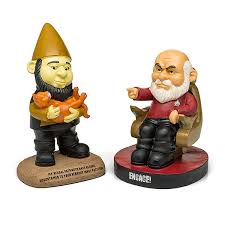 17a         Europe’s foremost expert returns, being invited (4)
BADE – An abbreviation for Europe followed by a word for an expert (often seen followed by ‘hand’), the whole lot then reversed to get ‘invited’ or ‘commanded’.

19a         Where you may see Derby County, fortunate after losing start (8)
KENTUCKY – Nothing to do with football, despite the surface reading, but rather a place where a particular horse race is held. Start with a county in SE England, then add ‘fortunate’ without its initial letter.

20a         Loose stones, any number forming barrier (6)
SCREEN – The mass of loose stones which may be found at the bottom of a mountain or cliff, followed by the algebraic symbol for ‘any number’.

21a         Something flowing endlessly — it is a nasal problem (8)
RHINITIS – A large European river minus its final letter, followed by IT IS (from the clue).

22a         Trick unfortunately enticed knight to come out (6)
DECEIT – Anagram (unfortunately) of E(n)TICED, with the chess notation for a knight removed.

25a         Festival always poetic taking place across a street (6)
EASTER – This is a major Christian festival, now mainly known for chocolate eggs and fluffy bunnies. The poetic version of ‘always’ or ‘ever’ is wrapped around A (from the clue) and the abbreviation for ‘street’.

2d           One who has the will to get things dealt with (8)
EXECUTOR – Cryptic definition of the person responsible for dealing with a deceased person’s estate.

3d           Member of conference was first to turn up, coming to eastern entrance (8)
DELEGATE – Start by reversing (turn up) a word for ‘was first’ (in a race), then add Eastern and an entrance.

4d           Flower comes with message about end of affair — very bad (9)
EXECRABLE – The ‘flower’ is some water flowing in Devon, and is followed by a telegraphic message wrapped around the last letter of ‘affair’.

5d           Like some fat pal involved with nature study carrying duck (15)
POLYUNSATURATED – Anagram (involved) of PAL NATURE STUDY and the letter which looks like a duck scored at cricket.

6d           Learner getting excellent name when taken in by elder? (7)
TRAINEE – The elder here is made of wood and grows elderberries. Insert the two letters which look like an alphanumeric indication that something is excellent, plus an abbreviation for Name. 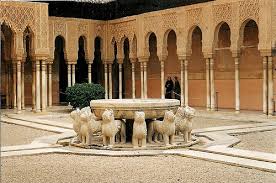 8d           Book, full of anger, beginning to seem tedious (8)
TIRESOME – A big, heavy book wrapped around another word for anger and the first letter of Seem.

16d         Nurse finally meets doctor with fast car, an amorous type? (8)
EMBRACER – Put together the last letter of nursE, one of the sets of letters indicating the holder of a medical degree, and a generic word for a fast and competitive car.

18d         Editor rising up, one who’s spoken for rebelliousness (8)
DEFIANCE – Reverse (rising up) an abbreviation for EDitor, then add a man who is engaged to be married.

19d         Carrying on, top man secures English record (7)
KEEPING – The sort of top man that Henry VIII was, wrapped around English and one of the formats of a vinyl record.