Good morning from South Staffs on a slightly less gloomy morning than many we’ve had this month.

A gentle Giovanni this morning, with some seasonal flavour.

5a           Eagerly desire to have a dreamy Oxford feature (6)
ASPIRE – A (from the clue) and one of several ecclesiastical features said to be dreaming in Oxford in a poem by Matthew Arnold. 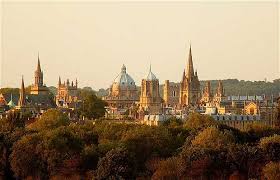 12a         Show remorse as initiators of ruthless enterprise, then shut up (6)
REPENT – The initial letters (initiators) of Ruthless Enterprise, followed by a word for shut up or imprisoned,

13a         Gentle pieces of poetry enthralling artist — they are sweet (8)
PRALINES – The musical symbol for gentle or soft, and some bits of verse, placed either side of the usual artist. 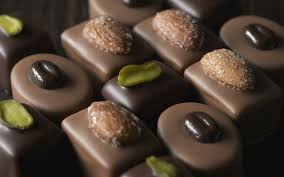 23a         Come down in flames (6)
ALIGHT –Double definition, the first describing a plane landing or someone getting off a bus.

26a         Stranger story embedded within article (5)
ALIEN – An (untrue) story with an indefinite article wrapped around it.

27a         Protest about naughty form of government (9)
DEMOCRACY – Put together a political protest, a Latin abbreviation for about or approximately, and a word for naughty or suggestive. The result is a form of government that, to paraphrase Winston Churchill, is the worst form except for all the others that have been tried.

28a         Having a floor covering that is rough (6)
RUGGED – Double definition, the first being a description of a floor covered with a small carpet or mat.

1d           In truth Bill has a position as a minister (8)
ACCURACY – An abbreviation for a bill or account, followed by the office held by an assistant minister in a parish. 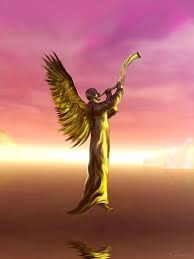 3d           TV bosses show an interest in these sailors (7)
RATINGS – Double definition: the measure of viewer popularity used by TV companies; or some naval junior sailors.

6d           More unsuspecting learner taken in by silly smile (7)
SIMPLER – The abbreviation indicating a learner driver placed inside a silly or affected smile.

7d           In wickedness prophet is said to be hypocritical (9)
INSINCERE – Put together IN (from the clue), wickedness or evil, and a homophone (is said) of a word for someone who foretells the future.

8d           Say engineers will be needed on ship to provide exit (6)
EGRESS – Put together the Latin abbreviation for ‘say’ or ‘for example’, the initials of a regiment of engineers, and the usual crossword steamship.

17d         It presents a purple colour — as may the drunk on street (8)
AMETHYST Anagram (drunk) of MAY THE followed by (on, in a Down clue) an abbreviation for street. 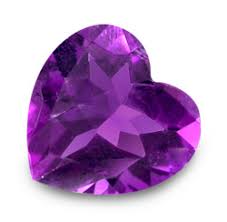 19d         Candidate has no source of wealth before start of election (7)
NOMINEE – Put together NO (from the clue), a source of (mineral ) wealth, and the first letter of Election.

21d         City den supplying cake (6)
ÉCLAIR – The postal district of the City of London followed by a wild animal’s den, producing a cake described in Chambers as long in shape but short in duration.

24d         A horse topples over traversing hard country (5)
GHANA –Start with ‘ a horse’, reverse it then wrap it around Hard, and you get an African country. 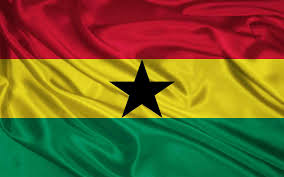 25d         A war medal, something circular that is given to a soldier (4)
AMMO – Put together A (from the clue0, a gallantry medal awarded to soldiers who are not officers, and a circular letter, to get something which is distributed to soldiers in combat.

I expect to be here to do the online-only crossword on Christmas Day. To those who do their crosswords in the paper, a Happy Christmas and best wishes for the New Year.