Good morning from South Staffs where a bit of sun is breaking through the dark November clouds.

A few archaic words, and at least one which is probably not in one’s everyday vocabulary, tell us without looking that it’s Friday and this is by Giovanni. As usual, the fair construction of the clues makes it possible to tease out the obscurities, but there were too many double definitions for my taste today, so I’ve reduced the enjoyment factor.

7a           Easy target making one flap (4,4)
BARN DOOR – Double definition: something which, metaphorically, is too big to miss; and an adjustable flap in front of a light source. The second definition comes courtesy of the BRB, and is not something I’ve come across before.

9a           Joke precedes brief medical procedure in subcontinental area (6)
PUNJAB – A joke or play on words followed by a short and pointed medical intervention. 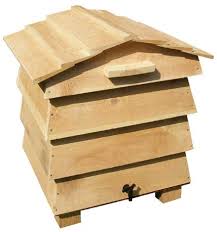 11a         Unwell after brief holiday, an old rocker hesitated (10)
VACILLATED – Put together an abbreviation for a university holiday, a word for unwell, A (from the clue) and the 1950s rocker who seems to have appeared quite a lot recently.

15a         Vehicle by front of shop gets bashed (6)
STRUCK – The first letter of Shop followed by a commercial vehicle.

17a         Within a week, say, business area goes to rack and ruin (6)
DECAYS – The postal district for the City of London placed inside the time periods which make up a week.

20a         US general with a plan taking everyone to swampy area (8)
MARSHALL – A swampy area followed by ‘everyone’, giving us the name of the man who planned the reconstruction of Europe after the Second World War. 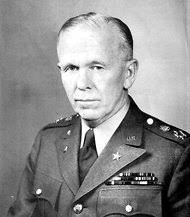 25a         A batsman’s stroke, look (6)
GLANCE – Double definition, the first being a cricket stroke where the batsman deflects the ball behind him.

26a         Where milk is left and a chunk of bread (8)
DOORSTEP – The third double definition in a row, and the fourth in 14 Across clues. Where the milkman traditionally left the milk; or a thick slice of bread.

3d           Perhaps maiden first wants house to be clean (6)
HOOVER – An abbreviation for HOuse followed by something which can be a maiden in cricket, giving a verb for ‘clean’ using a mechanical device.
ARVE Error: need id and provider 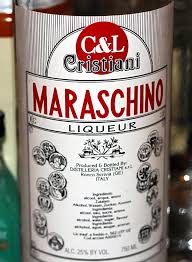 16d         Small openings? Girl being stuck inside yells (8)
CRANNIES – These usually go with nooks. A girl’s name with a word for ‘yells’ wrapped around it.

18d         The female somehow hated being wrapped up (8)
SHEATHED – The pronoun for ‘the female’ followed by an anagram (somehow) of HATED.

21d         One from hot dusty place goes to the foreign land where things can grow (6)
ARABLE – A native of parts of the Middle East, followed by the French definite article, giving land which is ploughed for crops rather than grazed by animals.

24d         Frenzy brought by smell of dampness (4)
MUST – Another double definition, the first being the frenzy associated with a bull elephant looking for a mate.