Greetings from Ottawa where we are in a period of transition — from the warm days of early autumn to the crisp days of late autumn, from baseball to hockey, and from the Conservatives to the Liberals.

I found today’s puzzle to be very tricky but I also had a lot of fun doing it and have therefore given it four stars each for difficulty and enjoyment. Perhaps those of you from across the pond will have a different view, being more familiar with such things as local amateur sports venues and football legends.

In the hints below, the definitions are underlined. If you click on any of the areas showing ‘Click here!’ you’ll see the actual answer so only do that as a last resort.

1a   Pub’s daily hours in this part of the world? (5,5)
LOCAL TIMES — another name for a pub followed by a mischievously non-capitalized newspaper

15a   Most violent  end (7)
EXTREME — double definition; an adjective and an noun

17a   Magazine welcomed by senior as part of the breakfast ritual? (7)
SOLDIER — a magazine that, despite its name, is apparently not solely targeted at seniors is here consumed by an abbreviated senior

22a   News about variable look for material (5)
NYLON — two instances of N(ew) containing an algebraic unknown and an archaic exclamation meaning “Look!”

24a   Left on grumpy donkey, abandoning yen for quiet sheltered beach (3,5)
LEE SHORE — L(eft) followed by Pooh’s grumpy companion with Y(en) replaced by a behest to be quiet; I note that the setter flouts the convention for the use of “on” in an across clue; it would also appear that this nautical term does not mean a “sheltered beach” but a shore lying on the sheltered side of a ship and thus a danger to the ship since the ship could be blown onto it in foul weather

28a   … still suppressing a small source of uprising (5)
YEAST — an adverb meaning still is wrapped around A (from the clue) and S(mall); this uprising takes place in a bakery

29a   One’s got out of bed to go on the roof (4)
REED — a cryptic definition for a type of roofing material — and, no, it is not TILE which was my first thought

1d   Roof space: length 0-12″ (4)
LOFT — liveable space under a roof is provided by a charade of L(ength), a letter that looks like a zero, and an abbreviated unit of measurement equal to 12″

2d   Stein in Crete whisked up batter? (9)
CRICKETER — an English chef in an anagram (whisked up) of CRETE; to me the definition sounds like a baseball player, but perhaps that is because I just watched the Blue Jays stave off elimination

5d   Constant as Douglas’s cats? (7)
ENDLESS — how one might describe felines from an island in the Irish Sea

18d   Stylish runny brie scoffed, being drunk (9)
INEBRIATE — a two-letter word denoting stylish, an anagram (runny) of BRIE, and a verb meaning scoffed or consumed gives us a drunk or a sot

20d   Southern chipotle cooked after cutting the end and top of it could make mess (7)
SPLOTCH — S(outhern) plus an anagram (cooked) of CH(i)POTL(e), what is left after removing (cutting) both the final letter (end) and the first letter (top) of I(t)

26d   Porridge can make you churn (4)
STIR — double defition, the first being British slang for a prison 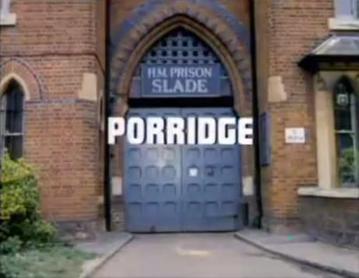 Although choosing a favourite is a difficult task today as there are so many deserving clues, I have settled on 11a. However, it is part of an outstanding ensemble company including 10a, 24a (despite my quibble with the definition), 16d, 20d and others too numerous to mention.