Hola from the Vega Baja on another beautiful autumn morning which makes a nice change from the 24 hours of torrential rain we had on Tuesday.

I found this puzzle quite enjoyable even though some of the surfaces are a bit iffy.  It took a while for the penny to drop on 4d but otherwise there’s nothing much to frighten the horses.

Answers are hidden under the click here buttons and definitions are underlined in the clues. The ones I like most are in blue.

7a           Watch fool cutting through heath (7)
MONITOR: The watch isn’t a timepiece but a word meaning to keep an eye on. Take a word for a fool (3), not ASS this time, and insert (cutting through) into a word for heath.

8a           Stronghold in front of castle with elaborate detail (7)
CITADEL: It’s C (front of Castle) followed by an anagram (elaborate) of DETAIL.

10a         Fiennes, perhaps, showing a drive to involve commercial enterprise (10)
ADVENTURER: The member of the Fiennes family referred to here is Ranulph. To get what he is an example of you need A (from the clue) followed by the abbreviation for drive and then insert (to involve) a word for a commercial enterprise.

11a         Get rid of duelling without judge (4)
OUST: Duelling as in what knights of old used to do on horseback.  Remove (without) the J(udge) and you’re left with a word meaning get rid of. 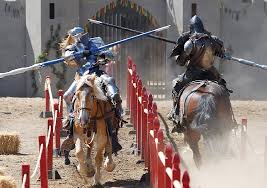 12a         Copper unusually stern with son, showing abrupt manner (8)
CURTNESS: Chemical symbol for copper followed by an anagram (unusually) of STERN and then S(on).

14a         Duke, one with property, in depressing experience (6)
DOWNER: D(uke) followed by a word describing someone who has property or possessions.

15a         Medical record? It’s packed and subject to study (4,7)
CASE HISTORY: The first word is something you pack, when you go on holiday perhaps, and the second is a subject you probably studied at school.

20a         Devilish type with suspect roots, a charlatan (8)
IMPOSTOR: Take the usual devilish child and follow with an anagram (suspect) of ROOTS.

23a         Some drinks run out by receptacle in tournament? (5,5)
ROUND ROBIN: The first word is some drinks you might buy when it’s your turn and the second word is a charade of the abbreviation for run out in cricket and a rubbish receptacle. This gives you the type of tournament in which each player plays against every other player in turn.

25a         Publication chewed over Northern industrialist (7)
MAGNATE: Start with an abbreviated publication and then a word for chewed or eaten placed around (over) N(orthern).

26a         Principality with men and artillery (7)
ANDORRA: It’s a charade of a word meaning with (3), one of several possible abbreviations of men as in soldiers (2) and then the two letters for the army’s gunners.

1d           English outlaw, short fat chap and gangster (7)
HOODLUM: The second name of a famous English outlaw followed by an informal term for a fat chap but without his last letter (short).

3d           Black stuff? What’s taken up for comfort (6)
SOOTHE: Some black stuff from a chimney followed by a reversal (taken up in a down clue) of an exclamation meaning what?

4d           Condensed material useful for a sleeper? (8)
MICRODOT: Cryptic definition of something useful to a sleeper as in a spy. 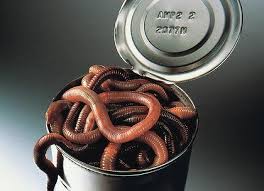 6d           Transparent material you might see through glasses reportedly (7)
PERSPEX: A three letter preposition meaning through followed by four letters which aren’t a word but, when pronounced, sound like (reportedly) some glasses, not the ones you drink out of but the one’s which help you to see clearly.

13d         Useful accessory for spring? (10)
TRAMPOLINE: Cryptic definition of something that would help you to spring, as in jump. 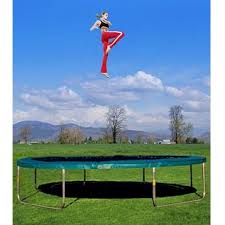 17d         Chicago, perhaps, characterised by bars? (7)
MUSICAL: Cryptic definition of what Chicago is an example of.  Oklahoma would work just as well. 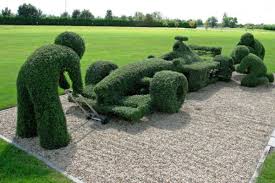 24d         Old boy, one lacking substance as music-maker (4)
OBOE: Music maker as in musical instrument.  Start with the usual abbreviation for Old Boy and follow with OE (O(n)E without its central letter – lacking substance).

A few nice clues here but my favourite is 21d.  What about you?