A straightforward puzzle, enjoyable as always from Jay, to whom thanks.  A <1.5*/3* for difficulty/enjoyment.

{OUTSTANDING} : [a trip;an excursion, especially one organised for a group] containing(across) [to brook;to tolerate, as in “I shall brook no nonsense from you lot”].

{BREAKER} : [abbrev. from Latin, for the current Queen] placed after(on, in an across clue) [a holiday;a respite from work]

10a    Transfer allegiance, and turn aside, dismissing student (6)

{DEFECT} : [to turn aside;to change the direction of, say, a bullet] minus(dismissing) [plate exhibited by a student driver].

{POLL TAX} : Cryptic defn: Possibly a fiscal duty imposed by the government if you did not cut off or trim the tops of your trees (or maybe the horns of your cattle) .

Defn: … assigned as a personal attendant to someone.

Answer:  It used to be a man to help you dress (and other things), but now it need not be a man, and she would (only) park your car for you (hopefully without crashing it).

{UNDERWEAR} : [signs of use, usually in conjunction with “tear”] placed after(found on, in an across clue) [ French and German, respectively, for an article in grammar].

Some sports are just more spectator-friendly: 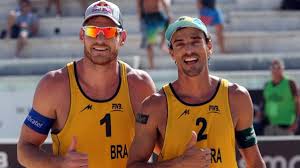 {RAIMENT} : [a target;an objective] contained in(in) [income from leasing out, say, a house].

Defn: … that you would wear.

I don’t know who they play for, but they look pretty healthy: 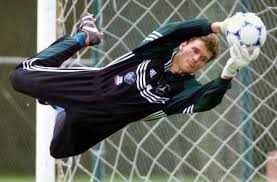 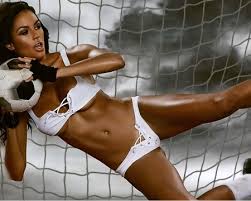 Defn: … or even a spoiler or corrupter.

Answer:  The symbol of the white collar worker… but only if you wear a shirt as well, not just suspenders:

{OBSERVATORY} : [to note;to take notice of] minus its last letter(Short …) placed above(on, in a down clue) A + [traditionally, a right-winger in British politics].

{FEUDAL} : The 2 inner letters of(… taking heart) “male ” placed below(after, in a down clue) [a longstanding conflict].

Defn: … or infer by projecting beyond range of known or available data.

{ADIPOSE} : [short for a notice promoting, say, a product] + [abbrev. for “international”] + [to model;to sit for, say, an artist or photographer].

{RACIAL} : [unit of currency in the Middle Eastern countries of Iran, Oman, and Yemen] containing(catching) [abbrev. for “cold”].

{THERM} : [contractual condition, as in “T&Cs apply” in the fine print] containing(covering) [abbrev. for “hospital”].

Defn: Not your radiator but a unit of measurement of heat.