Good morning from South Staffs on a damp, grey morning.

I thought today’s puzzle from Giovanni was reasonably straightforward, certainly not as difficult as yesterday’s.

1a           Bit of material in old paper probed by female copper (6)
{ OFFCUT } Old and the initials of a pink newspaper wrapped around Female and the chemical symbol for copper.

9a           March around end of town is featured in West End show song (2,3,5)
{ OL’ MAN RIVER } The abbreviation for the current month is wrapped around the last letter of town, and the result is put inside a West End show written by Lionel Bart, to give a song by Jerome Kern.
ARVE Error: need id and provider

10a         Company doctor providing something for nit inspection? (4)
{ COMB } An abbreviation for company followed by one of the sets of letters a doctor may have after his/her name.

13a         Old people blossom with first bit of activity (4)
{ MAYA } People of a former Central American civilisation are made up of hawthorn blossom and the first letter of Activity.

15a         Heather sitting by lake in bra and knickers? (8)
{ LINGERIE } An alternative word for heather followed by one of the Great Lakes. If you want a picture, see 9a in Wednesday’s Toughie!

18a         Russian author‘s escape to the West needing inner impulse (8)
{ TURGENEV } Reverse (to the West) an escape of gas, smoke or a liquid, and put a word for impulse inside the result, to get the author of Fathers and Sons.

23a         Open University set of books dumped in sea — great quantity (8)
{ MOUNTAIN } An acronym for the Open University and one of the sets of books in the Bible inside a word for the sea.

25a         Writer‘s brother squashing the ego (4)
{ BIRO } A trade name which has become a generic term for a type of writing implement. Put the English version of the Latin pronoun ego inside an abbreviation for brother.

27a         Words of contempt never conveyed by Twitter? (8)
{ SNEERING } A poetic contraction of ‘never’ inside the sort of Twitter that birds do.

2d           A Liberal party led by strong Nick? (5)
{ FALDO } Put together a musical symbol for strong or loud, A from the clue, Liberal, and a word for a party, to get Nick – not Mr Clegg, but a golfer who once thanked the assembled Press corps ‘from the heart of my bottom’. 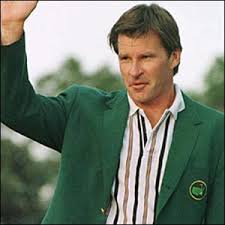 3d           Group that’s bound to work together (5,4)
{ CHAIN GANG } Cryptic definition of a group of convicts working while shackled together.
ARVE Error: need id and provider

4d           Country outing — nothing to be missed — essential (6)
{ TURKEY } Remove the letter which looks like zero or nothing from a word for an outing, and add a word for essential or crucial, to get a country on the borders of Europe and Asia. 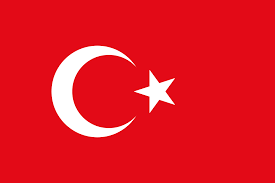 6d           Damage on jewellery that gives a streaky appearance (8)
{ MARBLING } A verb for damage or spoil followed by an informal word for flashy jewellery.

8d           University participating in public act of worship (9)
{ COMMUNION } An abbreviation for university inside a word for public or general, giving a Eucharist service in church.

14d         Notice superior language conveying love and hero-worship (9)
{ ADULATION } Put together a short form of public notice, the letter used to denote upper-class or superior, and a classical language with the letter which looks like a love score at tennis inside it.

20d         Game followed by fight and murder (3,3)
{ RUB OUT } The initials of a game played by men with odd-shaped balls, followed by a boxing match, giving a slang term for murder.