Good morning from South Staffs on a bright, slightly frosty morning. Quite like old times, waking up to news of cricketing calamity from Australia.

After last Friday’s tour de force by Giovanni, we are back to a level which I found less taxing this week – comfortably in ** time, though still with the occasional unfamiliar word.

7a           Talk about bozo ultimately in charge being disorganised (7)
{ CHAOTIC } An informal talk wrapped around the last letter (ultimately) of bozO, followed by an abbreviation for in charge.

8a           Place for early Christians moving to China (7)
{ ANTIOCH } Anagram (moving) of TO CHINA, giving an ancient city on the Orontes in modern Turkey. 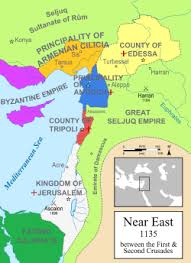 10a         Party character in Athens almost ill with beer (8)
{ MUSICALE } A social gathering with melodies is made up of a Greek letter, a word for ill with the final K removed, and a type of beer. 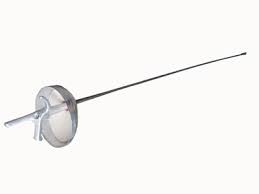 22a         Game at Millwall’s ground starts to erupt so suddenly — loutish behaviour (8)
{ RUDENESS } The initials of a ruffian’s game played by gentlemen, followed by the name of the ground where Millwall play the gentleman’s game played by ruffians, and the initial letters of Erupt So Suddenly.

24a         Fellow without hesitation to go round street — as collector (7)
{ DUSTMAN } A shortened form of a man’s name (26a, for instance) wrapped around an expression denoting hesitation, which is itself wrapped around the abbreviation for street. The clue could be seen as an all-in-one.
ARVE Error: need id and provider

26a         Author in deal arranged with editor turned enemy (6,5)
{ DANIEL DEFOE } Anagram (arranged) of IN DEAL, followed by the reversal of an abbreviation for editor, and an enemy, giving an English author born in 1660. 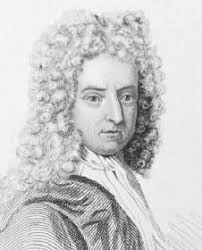 2d           Revolutionary army with course of action, making assault (6)
{ ATTACK } Reverse (revolutionary) the initials denoting our reserve forces, and add a course, especially one taken by a yacht sailing into the wind.

6d           Compound — one farm animal brought inside died unfortunately (7)
{ DIOXIDE } The Roman numeral for one and a farm animal which may be used to pull a plough or a cart inside an anagram (unfortunately) of DIED, giving a chemical compound.

15d         Dwarf on isle, one with special role in film (8)
{ STUNTMAN } A verb meaning to dwarf or restrict the growth of, followed by an isle in the Irish Sea. We had this answer in Wednesday’s Toughie, so I may as well use a similar picture. 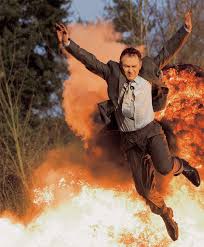 17d         Not like ‘cheesy’ photographs? (7)
{ UNPOSED } A cryptic definition, describing the sort of photo where the photographer does not tell the subject to ‘say cheese’.

19d         One receiving promise to be quietly guided — gosh! (7)
{ PLEDGEE } The musical symbol for music to played quietly, a verb meaning guided, and an exclamation like gosh.

20d         The French gent is given a reprieve (3,3)
{ LET OFF } The French definite article, and the sort of gent that David Cameron and his friends are often portrayed as.

23d         Advance payment comes with a loveless communication (4)
{ ANTE } A stake in a poker game put in before the deal: A (from the clue) and a communication with the O removed (loveless).