Hola from the Vega Baja!  With my track record of spotting setters I’m keeping my big mouth shut on the subject, but I can guess who set this one!

Most of the mechanics of the puzzle are fairly straightforward but there are a couple of obscure words which had me scratching the head a little so I reckon 3* difficulty is about right.  Very enjoyable even though a bit lacking in innuendo!

8a           Breaks in rugby strip playing outside (7)
{IRRUPTS} – You need an anagram (playing) of STRIP and place it around (outside) the abbreviation for the fifteen-a-side version of rugby.

9a           Weapon‘s steady holding attention (7)
{FIREARM} – Take a word meaning steady or solid and insert (holding) a word for attention, as in listening.

11a         Parody from weirdo about a politician (7)
{LAMPOON} – Start with a weirdo or nutter and place him around (about) A (from the clue) and a politician.

14a         ‘Blame former wife? Blow me!’, I scoffed (9)
{EXCORIATE} – This is a charade of the usual abbreviation for ex-wife or partner (2), a word meaning blow me or gosh (3), I (from the clue) and a word for scoffed, as in consumed. New word for me but the wordplay and checkers gave it away and the BRB confirmed.

16a         Club‘s managed by revolutionary in fashion (9)
{TRUNCHEON} – A policeman’s club to be precise. Take a word for managed and our favourite revolutionary and place them inside a slightly obscure word for fashion or style.  This word for fashion is from Latin via French and is only ever used in crosswords as far as I can see! 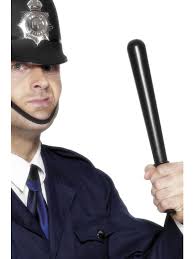 19a         One snaps segment preceding Queen (5)
{BITER} – A segment or small part followed by the usual abbreviation for Elizabeth Regina.

23a         Muscle runs around ends of clavicle (7)
{TRICEPS} – Start with some runs, as in outings, and place them around CE (ends of ClaviclE). We had this same answer last week so I may as well use the same picture!

24a         Doctor fish, discharging last of milt (7)
{SURGEON} – This doctor, who prefers to be addressed as Mister, is a large fish with a T removed (discharging end of milT).

1d           Telegraph stringer? (7)
{WIREMAN} – Nothing to do with a stringer for the newspaper but a cryptic definition of a guy who strings telegraph cables, or any sort of electrical cable.  An American term which I’ve never come across before but the answer became a reasonable guess from the checkers.

5d           One found in pantry getting more overweight (7)
{LARDIER} – A slang term meaning ‘more overweight’ is an I (one) inserted into another word for pantry.

6d           A bird under good man showing energy (7)
{STAMINA} – Start with the usual good man and follow (under in a down clue) with A (from the clue) and one of the spellings of a bird which can talk.  Not a 100% sure that the answer really means energy, it’s more like ‘staying power’, but it’s near enough I guess.

7d           Swift people? (12)
{LILLIPUTIANS} – A cryptic definition of the little people in the book by Jonathan Swift.  Glad it wasn’t the big people, the Brob-wotsits, as I can’t spell them!

17d         A French Democrat therefore will get to suffer (7)
{UNDERGO} – To suffer as in to experience.  It’s a charade of the French indefinite article, D(emocrat) and the Latin word for therefore.

18d         Caught artist consuming crack, leading to disorder (7)
{CHOLERA} – This disorder or illness, which is often fatal, is C(aught) and the usual abbreviation for artist with a crack or space inserted (consuming). 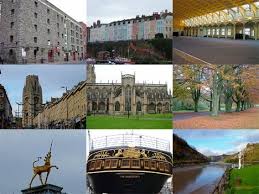 20d         They hold existence is sacred, truly sacred initially (7)
{THEISTS} – It’s the first letters (initially) of every other word in the clue.  I must be losing the plot as it took a while for the penny to drop on this one!

22d         ‘Best boy’ maybe in charge of sound? (5)
{SONIC} –The ‘Best Boy’ is the assistant to the senior electrician or to the key grip in a film crew but that’s irrelevant to this clue.  Here I think it’s an allusion to your male child followed by the usual abbreviation for ‘In Charge’. 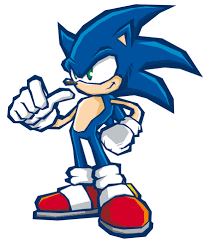 Some good stuff here but my favourite was 20d.  How about you?