We have an enjoyable and not too taxing puzzle this morning – I presume that it’s by one of our mystery setters. Let us know how you liked it in a comment.
To see an answer highlight the space between the brackets under the clue.

9a  First from optic in one’s pub — an indication of pressure? (6)
{ISOBAR} – this is a line on a map connecting points of equal atmospheric pressure. Put the first letter of O(ptic) between I’S (one’s) and a pub.

10a  Slowly describing a greenhouse, perhaps (4-2)
{LEAN-TO} – a musical direction meaning slowly goes round (describing) A to make an outdoor structure which could (perhaps) be used as a greenhouse.

11a  Official document left on express (8)
{PASSPORT} – to get this official travel document put the naval term for left after (on, in an across clue) a verb meaning to express (an opinion or remark, for example). 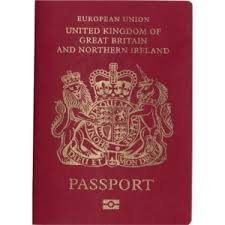 12a  Fat American woman shown up in car headlight? (5,2,3,4)
{BROAD IN THE BEAM} – this is a phrase meaning of ample proportions in the hip area (fat). Start with a slang term for an American woman and add another way of saying in the car headlight.

15a  Swindle rascal detailed (4)
{SCAM} – a word meaning rascal has its final P removed (detailed) to leave a swindle.

17a  One kilometre covered by that woman backpacker (5)
{HIKER} – I (one) and the abbreviation for kilometre are contained (covered) in a feminine pronoun (that woman).

19a  Forward’s second goal (4)
{SEND} – a verb meaning to transmit or forward is S(econd) followed by a synonym for goal.

20a  Getting on train for Winchester, for example (8,6)
{BOARDING SCHOOL} – a charade of a present participle meaning getting on (a bus or plane, perhaps) and a verb meaning to train or coach produces an institution of which Winchester is an example.

23a  Horse in stable number one must be backed (8)
{STALLION} – this male horse is another word for stable followed by an abbreviated form of number one reversed (backed).

25a  Paltry cash prize (6)
{TINPOT} – an informal adjective meaning paltry (often applied to a dictator) is a charade of a slang term for money and a prize in a sporting contest.

27a  Comfort very good Latin master (6)
{SOLACE} – the definition is comfort or consolation. It’s a charade of a conjunction meaning very good, L(atin) and an expert or master.

2d  Princess turned up after six in European capital … (6)
{VIENNA} – reverse (turned up, in a down clue) the name of the Queen’s daughter and precede it with the Roman numeral for six.

3d  … little prince shed tears (4)
{WEEP} – the definition is shed tears. Put a synonym for little in front of P(rince).

4d  Concern shown after beginning of television series (6)
{TISSUE} – a concern or problem comes after the first letter (beginning) of T(elevision) to make an accumulation (of lies, perhaps). This word means an intricate, complex structure but I can’t see how that means series.

5d  Purse with zip (8)
{COMPRESS} – double definition – a verb meaning to squeeze (purse, as you may your lips) also means to encode a data file to make it smaller.

6d  Once a smart complex in state capital (10)
{SACRAMENTO} – an anagram (complex) of ONCE A SMART gives us the state capital of California.

8d  Remove nasty boils in a hospital (7)
{ABOLISH} – an anagram (nasty) of BOILS goes between A and H(ospital).

13d  Lowest point in Gibraltar? (4,6)
{ROCK BOTTOM} – a phrase meaning the lowest possible level (often used to describe the morale of a group of people) is also a cryptic definition of sea-level in Gibraltar.

14d  Number pass inside producing voucher (5)
{TOKEN} – put an abbreviation for an authorisation or pass inside a decimal number to make a voucher.


18d  Favour girl, teetotal and English (7)
{ROSETTE} – a favour (the type worn by a candidate’s supporters at an election, for example) is the name of the archetypal English girl followed by the abbreviation for teetotal and E(nglish).

22d  Fix a propeller, finally, in here? (6)
{HANGAR} – a verb meaning to fix (wallpaper, for example) is followed by A and the last letter (finally) of (propelle)R to make a place where a faulty propeller may be fixed.

Amongst the clues which I liked were 12a and 13d but my favourite was 5d. Let us know what you liked in a comment.