Certainly one of the better Thursday puzzles. The wordplay for 5a threw me for a while but I smiled when I eventually got it.

1a    Detectives catching person unknown returned with great energy (7)
{DYNAMIC} – put these detectives around a person and an unknown quantity, reverse the lot (returned)

5a    Soldier’s weapon against indigestion (7)
{ANTACID} – this soldier, often described as a worker, produces a sour tasting substance for attack and defense purposes – combine the two to get a cure for indigestion

10a    No oil painting line Japan developed (5,4)
{PLAIN JANE} – this dowdy girl is an anagram (developed) of LINE JAPAN – the xpression is believed to be based on the heroine of the book by Charlotte Brontë

14a    Lib annotated sorting out the deficit (8,4)
{NATIONAL DEBT} – an anagram (sorting out) of LIB ANNOTATED to get a huge deficit

22a    Urchin gets a cake after scrap (10)
{RAGAMUFFIN} – to get this urchin put A savoury , breadlike cake, eaten hot, with butter (or a sweet American cup-shaped cake) after a scrap or tiny portion 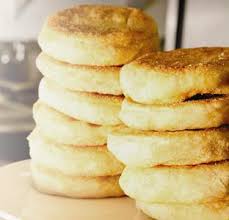 25a    Captain ship, one making the news (9)
{HEADLINER} – a charade of a captain or chief with a passenger ship leads to someone who is making the news

26a    More restrained fan (5)
{DRIER} – a double definition, the second being a rotating device not an enthusiast

28a    Like Van Gogh, producing French art around his work place (7)
{EARLESS} – missing a facial feature, like Van Gogh, comes from the French for art (as in thou art) around Van Gogh’s work place

4d           International artist, creator of great pictures (5)
{CAPRA} – an international sportsman is followed by an artist to get the famous director of It’s a Wonderful Life 16d         Parson mostly cut humorous verse (8)
{CLERIHEW} – most of a parson is followed by a word meaning to cut (it was to chop yesterday!) to get a humorous poem that sums up the life and character of some notable person in two short couplets

Did Descartes
Depart
With the thought
“Therefore I’m not”?

17d         English got to bottom of rifle securing a volley of shots (8)
{ENFILADE} – move the E(nglish) in the kind of rifle I used as a cadet many years ago (SMLE if I remember correctly!) to the end (bottom as it’s a down clue) and then insert (securing) A to get a discharge of firearms that sweeps a line or position from end to end (volley of shots)

19d         Start diamond business (6)
{OFFICE} – a word meaning start, often used in horse racing, is followed by a slang term for  diamond to get a place of business

If only all Thursday puzzles were like this one!