Hello, everyone, and welcome to Tuesday.  I was going to start my intro today with a thought about following the rules, but my brain quickly segued into wondering how many public figures and celebrities come here for help with the Telegraph cryptics.  If any of today's readers fall into that category, we'd all enjoy hearing about your history with crosswords in a comment below.  I found today's crossword to be solid and enjoyable Tuesday fare.  I look forward to reading what you thought of it.

1a    Suddenly dropping from sky? (3,2,3,4)
OUT OF THE BLUE:  The answer taken literally could mean dropping from (a cloudless) sky.

9a    One's amusing  letter (9)
CHARACTER:  A synonym of letter is also a an amusing or eccentric person

10a   Seasonal visitor, hill-dweller in South Africa (5)
SANTA:  An insect that makes hill dwellings is inserted in the abbreviation for South Africa 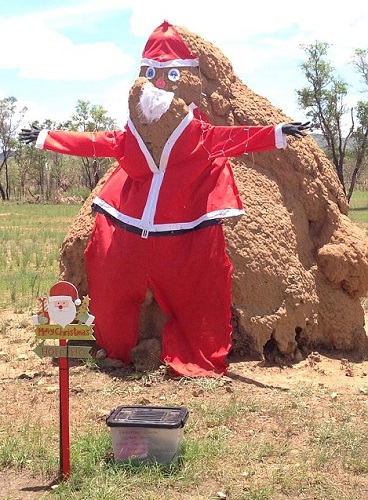 12a   Ten hours travelling in one direction (8)
SOUTHERN:  An anagram (travelling) of TEN HOURS

13a   Perturbation with doctrine in time (6)
DISMAY:  A doctrine is inserted in the length of time separating Telegraph cryptic crosswords.  I was a bit surprised by the definition, but Chambers Thesaurus lists the answer under the entry for perturbation so I suppose it's OK

15a   Ruby, perhaps unexpectedly, gets on with me (8)
GEMSTONE:  An anagram (unexpectedly) of GETS ON ME

18a   Remarkable, refusing to work (8)
STRIKING:  A rather straightforward double definition

19a   Illegal act on a European peninsula (6)
CRIMEA:  A generic illegal act with A from the clue

23a   Conclude ready to cook? (3,3)
PAN OUT:  Whimsically, the answer could describe the state of being ready to cook 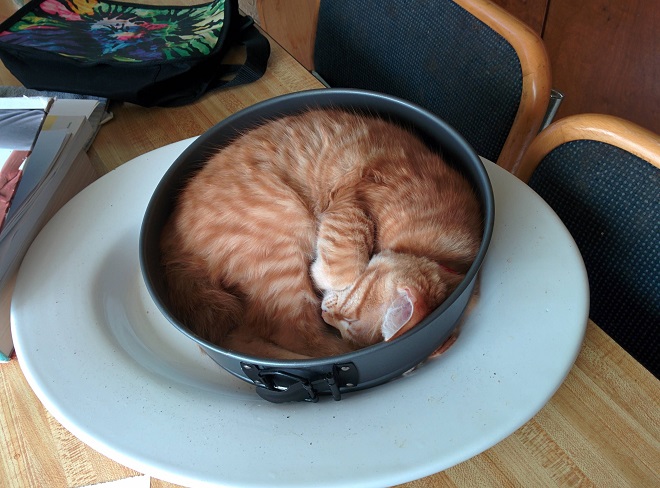 26a   Cut off  silly person (5)
PRUNE:  Double definition.  Cut bits off a plant and an informal name for a silly person

27a   Unpleasant behaviour as tennis star's beginning to flip (9)
NASTINESS:  Well played, setter.  After staring at this for a while trying to manufacture the answer from the well-known Romanian tennis star, the penny finally dropped - the wordplay is actually an anagram (… to flip) of AS TENNIS S, with the S being star's beginning letter

28a   Everyone attending event after jumping barrier on racecourse (8,4)
STARTING GATE:  A word meaning the number of people attending a sporting event comes after jumping or making a sudden movement upon being surprised

2d    Crown, one stolen by a knave, turned over (5)
TIARA:  The reversal (turned over) of A from the clue joined to a knave or cad with the Roman one inserted (… stolen by …) 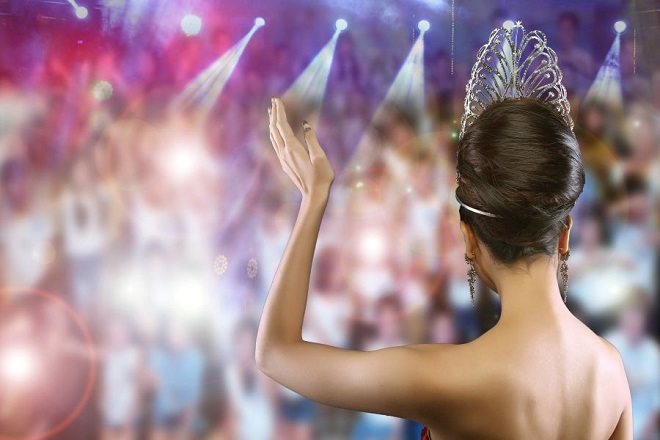 3d    Film memory of flamboyant defender (9)
FLASHBACK:  Stick together synonyms for flamboyant and for a football defender

4d    African shelter on base of plateau (4)
HUTU:  A simple shelter precedes (on, in a down clue) the last letter of (base of) plateau

5d    Far from excited about line taken temporarily (8)
BORROWED:  A word meaning "far from excited" is wrapped about a line or sequence

7d    Where one waits to see North African volcano from below (8)
ANTEROOM:  The reversal (to see …from below, in a down clue) of the fusion of a North African like Othello and a volcano in Sicily

8d    Snack stuffed in ears! (6)
SARNIE:  An anagram (stuffed) of IN EARS.  (The GIF shows Gordon Ramsay acting in a parody of his show Hell's Kitchen.)

16d   Best people in chant making a lot of noise (9)
SCREAMING:  Best people or the pick of the bunch inserted in chant in a musical fashion

17d   A joke -- monorail? (3-5)
ONE-LINER:  The answer could also be a cryptic definition of a monorail
--Woke up the other day with a puzzled look on my face. Had fallen asleep on my crossword.
--I know a chap who compiles crosswords and just turned 100. He was sent an anagram from the Queen.
--I didn’t realise that I was addicted to crosswords but when I look back now, all the clues were there.
--I like all sorts of puzzles, like jigsaws and crosswords, but dot to dots are where I draw the line.
--The first rule of Crossword Club is (3,4,4,5,9,4).

18d   Ready to support street band (6)
STRIPE:  Ready to eat comes after (to support, in a down clue) the map abbreviation for street

22d   Lifting action, newspaper? (5)
THEFT:  Split (3,2), the action of lifting or nicking could be a well-known pink newspaper 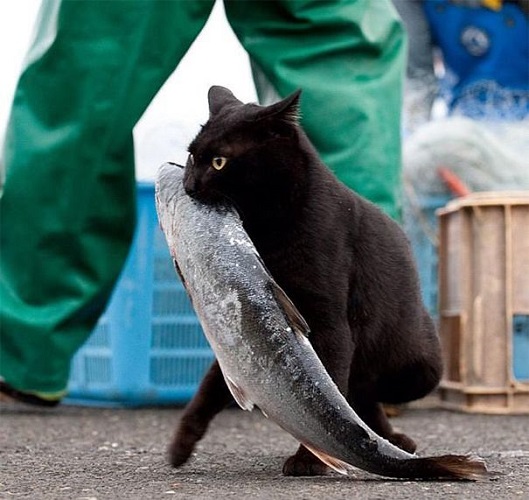 24d   Athenian letter, old and great (5)
OMEGA:  The single letter for old is followed by a slang word for great or huge

25d   Wine, some infanta's tipple (4)
ASTI:  And we have to wait until the very end of the puzzle for today's lurker.  The answer is hidden as some of the remaining words in the clue

Thanks to today’s setter for a fun solve.  Top clue for me was 27a, with 5d getting the silver.  Which clues did you like best?  Many locked down readers are visiting the blog these days to read the entertaining comments, so please brighten everyone's day by sharing below your favourite 17d (on any subject at all).