This is Hippogryph’s first puzzle since he graduated to the NTSPP series.

A review by a manure covered Prolixic follows.

Welcome to the NTSPP to Hippogryph.  A quick review today as I have been busy on the allotment.  A number of answers are related to the country revealed in the final row of the grid.

9 Tequila is made from these silver birds (6)
AGAVES – The chemical symbol for silver followed by a four letter word for birds as a class of vertebrates.

10 Singer will do this twice on the radio, averagely well (2-2)
SO-SO – A homophone (on the radio) of what a Singer machine will do, repeated (twice).  As Singer is a definition by example, perhaps this should have been indicated.

12 Once damaged margins of the sacrificial pool (6)
CENOTE – An anagram (damaged) of ONCE followed by the first and last letters (margins) of the. 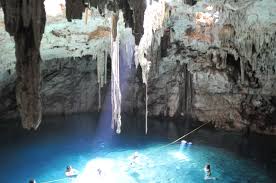 14 In the firing line? (8)
SACKABLE – A cryptic definition of someone at risk of redundancy.

20 They got away with space hopping and cycling experience (8)
ESCAPEES – An anagram (hopping) of SPACE followed by a three letter word meaning experience with the first letter moved to the end (cycling).

24 Plant out a rose centre (4)
TARO – The central four characters of the second to fourth words of the clue.

25 In the lead, promoted and not Championship hopefuls over-promising. Villa? (6)
PANCHO – The initial letters (in the lead) of the fourth to ninth words of the clue.

1 Spaniard on the up in Swiss city, dumping the French lady? (8)
BARONESS – A five letter word for a Spanish man reversed (on the up) inside a five letter name of a Swiss city without the French masculine singular form of the.

2 Shell company down-sized after not starting VAT returns (4)
TACO – The abbreviation (down-sized) of company after a reversal of the VAT from the clue without the initial letter (not starting).

3 Move near Hippogryph to get new identity (6)
RENAME – An anagram (move) of NEAR followed by a two letter for for the setter.

4 Musical nun joining Nile Rodgers’ outfit shortly to form band (8)
MARIACHI – The name of the nun in the Sound of Music followed by the name of the group established by Nile Rodger with the final letter removed (shortly).

5 Daily activity for most men – not hard maintaining dignity (4-6)
FACE-SAVING – Remove the abbreviation for hard for what many men do each day to remove hair from part of the body.

6 Limescale absorbs alcohol? (6)
MESCAL – The answer is hidden (absorbs) in the first word of the clue.

8 Eat away at alumni feasts regularly (6)
OBSESS – The abbreviation for old boy (pluralised as alumni is the plural form) followed by the event letters (regularly) of feasts.

13 Nothing remarkable but ale can be more important (10)
OUTBALANCE – The letter representing nothing followed by an anagram (remarkable) of BUT ALE CAN. 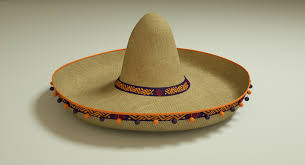 19 One involved in slip up makes observation (6)
ESPIAL – The letter representing one inside (involved in) a five letter word for a slip that has been reversed (up).  A minor repetition of up as a reversal indicator.

21 Cry from creature half-consumed during kinky sex (6)
SCREAM – Half the letter in creature inside the abbreviation for sadomasochism (kinky sex).

22 Cycling endlessly on island wearing this? (6)
BIKINI – A six letter word for cycling final letter removed (endlessly) on the abbreviation for island.