Hello, everyone, and welcome.  Our current run of excellent Tuesday puzzles continues today with another fine crossword.  I can't think of much to say about it beyond labelling it solid puzzling fun.  In the hints below most indicators are italicized and underlining identifies precise definitions and cryptic definitions.  Clicking on the answer would be here buttons will reveal the answers.  In some hints hyperlinks provide additional explanation or background.  Clicking on a picture will enlarge it or display a bonus illustration.  Please leave a comment telling us how you got on. 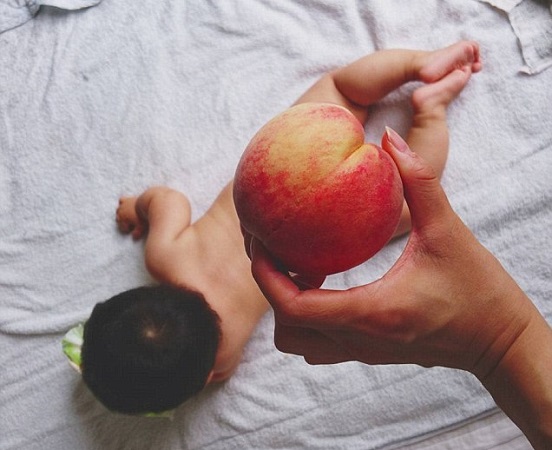 5a    Opposes  articles (7)
OBJECTS:  A double definition.  The articles are things or items

9a    Tense and odd president, primarily? (5)
TRUMP:  Join together the single letter abbreviation for (grammatical) tense, odd or strange, and the first letter (… primarily) of President.  The setter probably intended this to be an all-in-one clue, but that interpretation doesn't work for me because tense and odd are not the primary characteristics of the answer 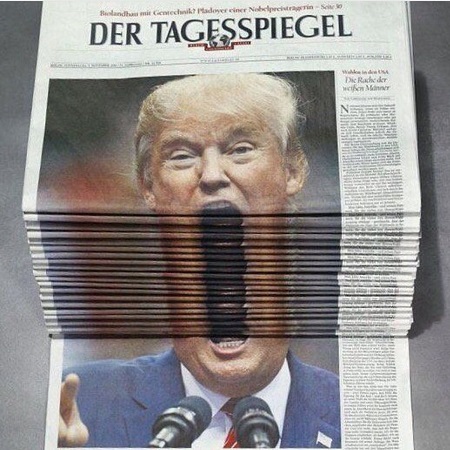 10a   Loose corset around a large American -- it moves up and down (9)
ESCALATOR:  An anagram (loose) of CORSET containing (around) the fusion of A from the clue, the clothing abbreviation for large, and the single letter for American

11a   Put one's finger on one hole if that is ultimately required (10)
IDENTIFIED:  Concatenate the Roman one, a hole or depression, IF from the clue, the Latin abbreviation for "that is", and the last letter of (ultimately) requireD

12a   Favourable feminine expression (4)
FAIR:  The single letter for feminine with expression or demeanour.  I'm experimenting with making videos load blurred so that the title isn't a spoiler.  It would be helpful to know whether you see this one blurred until it's clicked and what browser you're using.

14a   Still shelves weren't fixed after wife leaves (12)
NEVERTHELESS:  An anagram (fixed) of SHELVES [w]EREN'T without the genealogical abbreviation for wife (after wife leaves)

18a   Notice I intended to conceal Charlie's weight (12)
SIGNIFICANCE:  Glue together a notice or placard, I from the clue, and a man intended for marriage containing (to conceal) the letter represented by Charlie in the NATO phonetic alphabet

22a   Northern country's left with disputed territory (2-4-4)
NO-MAN'S-LAND:  Cement together the single letter for northern, an Arab country with the 'S from the clue, the abbreviation for left, and a synonym of with.  We can usually ignore punctuation in clues, but here it's satisfying that the apostrophe in the fodder slots neatly into the answer

25a   Troublemaker is after an impish time (9)
ANARCHIST:  Assemble AN from the clue, impish or cunning, IS from the clue, and the physics symbol for time 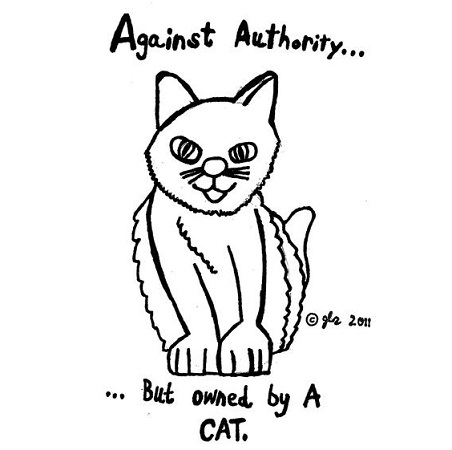 26a   Fish by a lake -- perfect! (5)
IDEAL:  Amalgamate a fish related to the chub, A from the clue, and the map abbreviation for lake

28a   Number husband redeveloped, under 500 (7)
HUNDRED:  Stick together the genealogical abbreviation for husband, an anagram (redeveloped) of UNDER, and the Roman numeral for 500

1d    Rotten place to travel lacking energy (6)
PUTRID:  Place or set is followed by a verb meaning to travel (by horse or bike or train) minus the physics symbol for energy (lacking energy)

2d    Victoria reputedly wasn't such a person with creative influence on Germany (6)
AMUSED:  A charade of A from the clue, a person inspiring an artist, and the IVR code for Germany 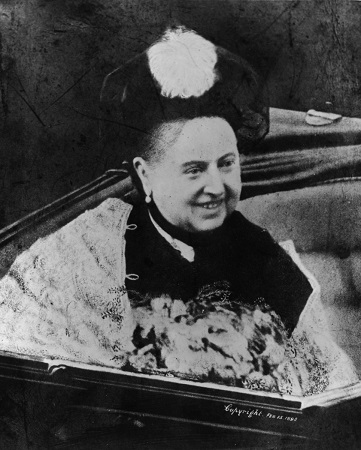 3d    Guess who's his type, unfortunately -- not women (10)
HYPOTHESIS:  An anagram (unfortunately) of [w]HO'S HIS TYPE minus the abbreviation for women (not women) 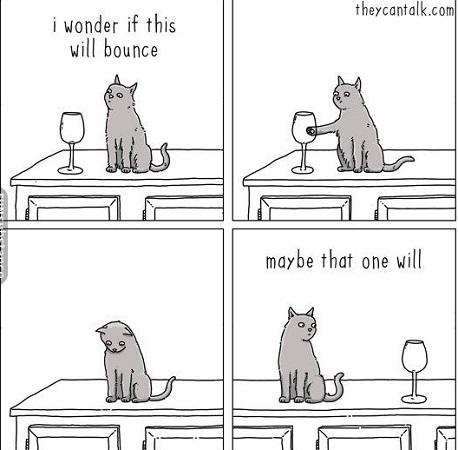 4d    Bundle of papers -- a folio with novel on top (5)
SHEAF:  A from the clue and the single-letter abbreviation for folio are preceded by a novel written by H. Rider Haggard (with novel on top)

6d    Speck on outside of large jar (4)
JOLT:  A speck or bit containing (on outside of) the clothing abbreviation for large

7d    Houses beginning to cost too much? Wise man moving south (8)
COTTAGES:  Fuse together the first letter of (beginning to) Cost, an informal abbreviation meaning "too much", and a wise man with his single letter for south moved down to the bottom (moving south)

8d    On leaving jail, seized by certain shock (8)
SURPRISE:  A synonym of jail minus ON from the clue (on leaving) is contained by (seized by) certain or definite

15d   Change nothing and retreat, upsetting leader (9)
EDITORIAL:  Couple together change a piece of text, the letter that looks like zero or nothing, and the reversal (upsetting, in a down clue) of a retreat or den

16d   I'm cutting car's approximate price (8)
ESTIMATE:  I'M from the clue inserted in (cutting) a type of car designed to carry a lot of stuff

17d   In the dark, I travel around noon then deliver a tirade (8)
IGNORANT:  Chain together I from the clue, a synonym of travel containing (around) the single letter for noon, and a verb meaning "deliver a tirade" 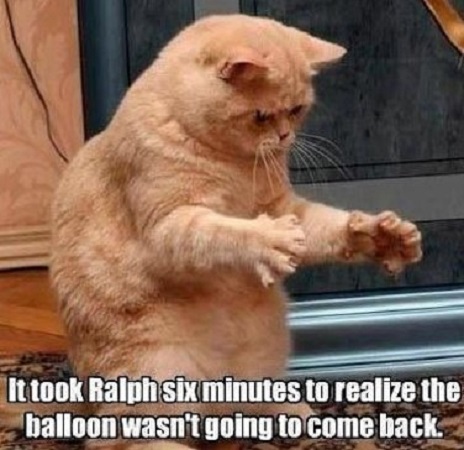 24d   Mark someone's card somewhat (4)
SCAR:  The answer is hiding as part of (… somewhat) the remainder of the clue

Thanks to today’s setter for a fun solve.  I particularly enjoyed the simple 12a, the apostrophe in 22a, how the answer emerged from following the instructions in 27a, the invitation to bung in an incorrect answer in 3d, and the clever definition in 23d.  Which clues did you like best?