Welcome everybody.  Warbler is very much a gateway drug to Toughies, and to anyone who normally stays on the back page, I say: do come over here and try this.  You’ll like it.  It’s not at all addictive.  (One or two of the previous statements may contain traces of lie.) 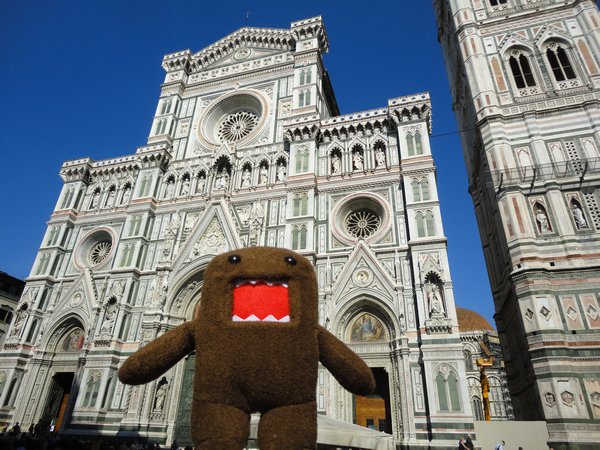 1a    May upset with Times covering resistance by Conservative? That’s irregular (10)
ASYMMETRIC:  An anagram (upset) of MAY with TIMES containing (covering) the symbol of electrical resistance.  This lot is next to (by) an abbreviation for Conservative

9a    Spread most of plaster regularly on end of tile (4)
PATÉ:  All but the last of (most of) the odd letters (… regularly) of plaster followed by (on, this usage being allowed in a Telegraph across clue, but not a Times one) the last letter (end) of tile

10a   First step of independent resident around Italian island (10)
INITIATIVE:  An abbreviation for independent and a word meaning resident or local around abbreviations for Italian and island

11a   Silly revenge? Not good to show superficial refinement (6)
VENEER:  An anagram (silly) of REVENE without G (not good)

12a   Tips secretary over into pool of dirty water (7)
CESSPIT:  The reversal (… over) of: tips (lifted straight from the clue) and the abbreviation for secretary.  Is into ok as a link word here?

15a   Hibernating dung beetle joins male insect (7)
DORMANT:  Join together a dung beetle I have only met in crosswordland (perhaps it feeds on the stuff filtered out by Akismet), M(ale), and a worker insect

16a   Depression touching large intestine (5)
COLON:  A geographical depression or mountain pass (another word I learned from crosswords) plus a two-letter preposition meaning touching or concerning

17a   They might bite — or sting when weight’s added (4)
ASPS:  Legless creatures which might bite (no, not like me on a Friday night) which would become stripy stingers if W(eight) were added to the beginning

18a   Adheres they say to hateful river (4)
STYX:  This river in Hades sounds like (they say) a word meaning adheres

19a   Pair join medic in Italian cathedral (5)
DUOMO:  A pair (3) next to (join, treating a single wordplay element as plural) the abbreviation of a doctor in charge of medical treatment in an armed service or other organisation

22a   Special gold covered pouch (7)
SPORRAN:  What a Scotsman keeps over his kilt.  A charade of an abbreviation for special, the heraldic word for gold, and covered, as a newspaper might have covered a story, for example

27a   Scattered cold air almost spat. Exactly! (10)
SPORADICAL:  An anagram (scattered) of COLD AIR SPA (almost spat).  The definition is not the remaining word of the clue (which is why I haven’t underlined it) but “exactly!” is pointing you back to the earlier part of the clue.  This way of defining the answer doesn’t quite do it for me; I like things defined a bit more, well, exactly!

28a   Use small boat to reach Channel island (4)
SARK:  S(mall) plus a large floating vessel like Noah’s

29a   Exercise lines in Advent can be persuasive (10)
COMPELLING:  A school exercise lesson and two instances of the abbreviation for line all go inside advent or approach

2d    Xhosan desert has plenty of this (4)
SAND:  A lurker with the answer included in the first two words, the indicator being the rest of the clue, and the definition the whole thing

3d    Writing about a time in service (6)
MATINS:  The abbreviation for manuscript goes around (about) the following: A (from the clue), T(ime), and IN (also from the clue)

5d    Check area lacking energy in two parts? (4)
REIN:  A six-letter word for an area or locale without (lacking) the two letters which make up a word for energy or zest (REGION – G O).  These letters aren’t adjacent in the original word, which is why the energy is lacking in two parts

6d    Hover about in outskirts of Camden to find sign of rank (7)
CHEVRON:  Inside the outer letters (outskirts) of Camden is an anagram (… about) of HOVER

12d   Plan stratagem to seize Eastern booze (10)
CHARTREUSE:  A plan or map and a stratagem or trick containing (to seize) E(astern)

14d   Innards of automaton upgraded to 100mph (3-2)
TON-UP:  Our third hidden clue, the innards of which are the answer

20d   Musical drama starts to translate Elgar work (7)
OPERATE:  A musical drama plus the initial letters of (starts to) two words of the clue

23d   Top up that could make judge poorly (6)
REFILL:  The judge is a sporting one and is followed by a word meaning unwell.  The fault is all mine, but I detest the last word of the clue when not used as an adverb

25d   Enlarge animal park before first of March (4)
ZOOM:  A menagerie goes before the first letter of March

26d   Ivan (the) Terrible is self-complacent (4)
VAIN:  We finish with an anagram (terrible) of IVAN.  Is putting “the” in brackets really enough to excuse its inclusion?

Thanks to Warbler.  No single clue stood out above the rest for me today.  How about for you?