Hello everyone. This isn’t a Ray T week so all of you who find him difficult can relax a bit. I’m not going to play ‘Spot the Setter’ because I really don’t have the first idea but if any of you would like to then please feel free. I thought it was very enjoyable and not too tricky apart from a couple of answers that made me sit up and put my thinking cap on.

Please leave a comment telling us how you got on today.

In the hints the definitions are underlined and the answers are hidden under the bits that say ANSWER so only do that if you need to see one.

1a            Period after holiday, showing result of getting smashed (8)
BREAKAGE — a short time away from work is followed by a period of time 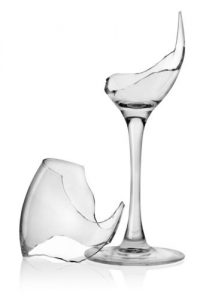 16a         Supporting case, say (3,8)
FOR INSTANCE — a short word meaning supporting or in favour of is followed by a case or occurrence

23a         Send earrings in part to get valued (6)
ENDEAR — our one and only lurker or hidden answer, indicated by in part – it’s hiding in the middle of the first two words of the clue

24a         Start trouble after beginning of business run illegally? (4,4)
JUMP BAIL — another word for start – not as a beginning but what you might do if someone leapt out from behind a door and said, “Boo” – the second part is a synonym for trouble or bother preceded by the first letter (beginning) of B(usiness) This was my last answer – I was completely fixated on the running illegally being something to do with smuggling.

2d            Adequate time for lunch overturned? I’m horrified! (6)
ENOUGH — a reversal (overturned) of the time that people seem to think is lunchtime, not that it ever is in our house, is followed by a short expression of repugnance (I’m horrified)

3d            Relish plan to eject son out of bed (7)
KETCHUP — a plan or drawing without its first letter, ‘S’ (to get son out) is followed by a little word that means out of bed – for no very good reason this one took me forever to sort out, the answer was obvious especially with alternate letters in, but I just couldn’t see why

4d            One whose contribution to life lacks recognition? (5,6)
GHOST WRITER — I think that ‘life’ here is a biography – the answer is someone who is employed to do the work involved in getting it ready for publication. Oh dear – there’s always one that’s easier to solve than give a decent hint for

7d            Note a sailing haunt banning new liqueur (3,5)
TIA MARIA — first word – a note, the seventh in the musical scale, and the A from the clue – second word – a sailing haunt or place where large boats are moored without the N (banning N[ew])

14d         Old fines reportedly stop car making delivery (3,5)
OFF BREAK — here we go – crickety stuff. The abbreviation for O(ld) and two of the abbreviations for fine used on lead pencils – the second word is a homophone (reportedly) of what you would do to stop, or slow down, a car

The Quickie pun:- KOREA + WRIST = CAREERIST not a word that I knew but it is in the BRB