Another straightforward and enjoyable puzzle from Jay.  A 2*/3* for difficulty/enjoyment for me.  Thanks to Jay.

Answer: A spread of land;an estate. And you might find an enchilada in the main house on it.

{SHOOT-OUT} : Cryptic defn: A hyphenated word that follows “penalty” to give a match decider, say, in football.

10    He beats the goalie, giving heart to disheartened star (6)

{GREEN TEA} : [inexperienced;unripe] + [the contesting side of eleven players] minus its last letter(not finishing).

{AU PAIR} : [two of the same;a couple, in loose usage] placed after(to chase, in an across clue) [the chemical symbol for the element gold].

Answer: A young foreign person, usually female, boarding and lodging with a host family and helping in its childcare and housework, and to learn the local language.

{CONVERGE} : short form for [a prisoner] placed before(in front of, in an across clue] [the border;the edge of, say, a road turfed with grass]

{ARCH} : Double defn: 1st: Cunning;sly; and 2nd: The curved part that is under your foot.

Defn: Different in the sense of being non-conforming. 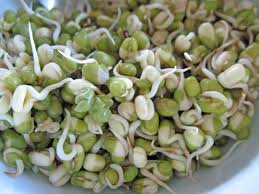 Answer: The main parts of certain plants and trees that extract nutrients from soil.

22    Puts up with second-class, surrounded by assistants (6)

{EIGHTIES} : [abbrev. for “that is”, from Latin] contained in(welcomed by) [teams of oarsmen]. 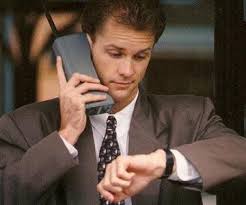 {COHERENT} : [abbrev. for “company”;commercial firm] + [verbal indication of presence at a roll call] + [abbrev. for the books in the second part of the Bible].

{FLORENCE} : { [abbrev. for “left”] + [abbrev. for non-commissioned military personnel] } contained in(inside) [a barrier enclosing an area, usually made of posts connected by wire or boards].

I’ve always thought his hands were too big compared to the rest of his body.

{HOT-WATER BOTTLES} : [what you’re in if you’re in trouble] plus(with) [containers usually made of glass, but not in this case].

{INCLUDE} : [Roman numeral for “one”] + [a person wearing nothing;bare-bodied] containing(accepting) 1st and 3rd letters of(oddly) “cult”.

8    Adjust picture for broadcast on skirmish (8)

{AIRBRUSH} : [to broadcast on radio or TV] placed above(on, in a down clue) [a skirmish;a brief encounter especially an unfriendly one, eg. with the law].

Answer: To adjust;manipulate a picture;a photograph.  In this digital age, now all you need is Photoshop. 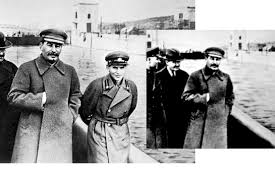 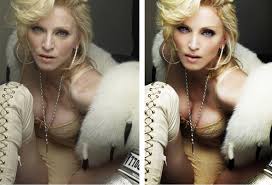 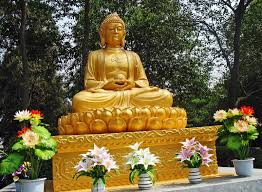 {SUNSHADE} : Anagram of(off) HEADS placed below(after, in a down clue) [the earth’s star].

{YEARLING} : [the olden term for “the”] + [a term of endearment;sweetheart] minus its initial letter(loses head).

Answer: A horse of a certain age class for racing purposes.