Another excellent puzzle from Ray T.  I thought this one was a bit easier than usual.

1a    Hears drier’s flourished by him? (11)
{HAIRDRESSER} – an anagram (flourished) of HEARS DRIER’S gives an occupation described by the whole clue 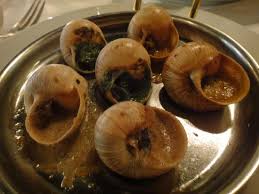 11a    Bearing sweetheart, intimate in hard embrace (9)
{DEMEANOUR} – a bearing or manner is created by putting E (swEet heart) and a word meaning to intimate or imply inside (in … embrace) a synonym for hard

20a    Motorcycle losing oil cap? Duck! (6)
{SCOTER} – start with a small-wheeled motorcycle with a protective front fairing and remove one of the Os (losing Oil cap) to get a type of duck 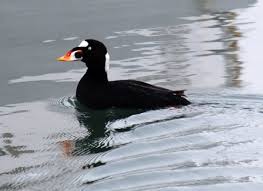 24a    ‘Gay Divorcee’ with classy banter, dancing… (9)
{EXUBERANT} – a word meaning gay or lively is a charade of a former partner divorcee, classy / upper class and an anagram (dancing) of BANTER

27a    Possibly headshot, often taken outdoors initially (5)
{PHOTO} – the initial letters of the first five words of the clue give something described by the whole clue

28a    Ominous entity swallowing redhead, devoured (11)
{THREATENING} – to get this word meaning ominous put an entity around (swallowing) R (Red head) and a word meaning devoured

2d    Cruise turned up under a false name (5)
{ALIAS} – reverse (turned up, as this is a down clue) a word meaning to cruise on the sea after (under, once again a down-clue only construct) A from the clue to get a false name

3d    Nervous, caught in forest I venture (7)
{RESTIVE} – a word meaning nervous is hidden inside (caught in) the last three words of the clue

7d    Angry about new fiddle face getting selfish (13)
{INCONSIDERATE} – put a word meaning angry around N(ew), a fiddle and a face or surface to get an adjective meaning selfish

19d    Explorer’s return pronounced by some (7)
{RALEIGH} – this Elizabethan explorer sounds like (pronounced), to some people, to return or recuperate 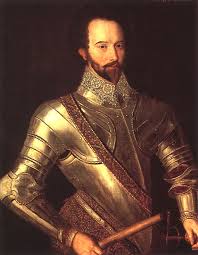 25d    Sailors with trouble on deck (5)
{ADORN} – the abbreviation of the armed force for sailors is preceded by some trouble to get a word meaning to deck, as in “deck the halls with boughs of holly”

Once again, an answer from the Quick crossword (20a) turns up in the Cryptic (13a)!