Hello, everyone, and welcome to Thursday. I thought this puzzle got off to a great start with 1a and then maintained that standard all the way to the Quickie pun. Not a lot to hyperlink this week, indicating that our setter is not requiring a lot of general knowledge.

I have been wondering how new solvers learn the conventions and traditions of cryptic crosswords these days. This blog provides clue-by-clue hints of course, but it does assume some prior knowledge. When I was starting out, I learned a lot of that stuff from Big Dave’s original site. I also can’t say enough good things about Prolixic’s wonderful guide to cryptic crosswords that’s available for free on BD’s site here. So, a question for our relatively new solvers:  which books, websites, or other resources did you find most helpful when starting out with cryptic crosswords?

1a    Model or tarted-up woman making brunch for one? (11,4)
PORTMANTEAU WORD:  An anagram (model) of OR TARTED-UP WOMAN. For one indicates that the definition is by example 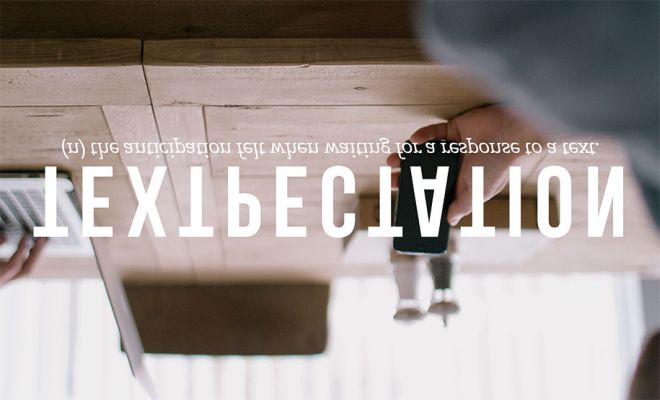 10a   Visible embarrassment as second transmitter goes west (7)
REDNESS:  The single letter for second and another word for transmitter are joined and reversed (… goes west, in an across clue)

11a   Projectile writer describes fully opening (9)
BALLISTIC:  An informal name for a writing instrument contains (describes) both fully or completely and an abbreviation for opening or first

12a   Crack constabulary is inspiring (4)
STAB:  The second word of the clue is hiding (inspiring) the answer

13a   Vulgar Republican adopts daughter, one manipulated by sailor? (6)
RUDDER:  The fusion of vulgar or impolite and the single letter for Republican contains (adopts) the genealogical abbreviation for daughter

15a   Tree regularly spreads in garden close to fence (8)
PEDIGREE:  Alternate letters (regularly) of SPREADS IN GARDEN with the final letter of (close to) FENCE 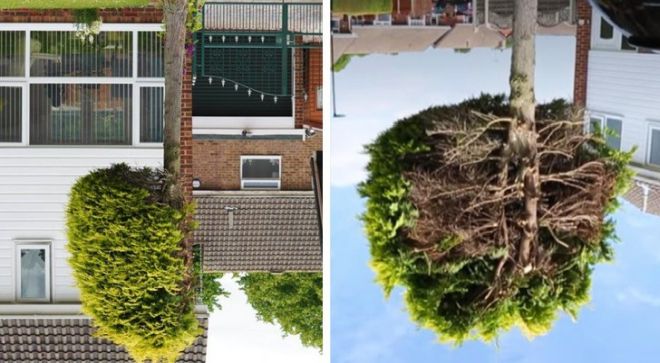 18a   Person gambling gets team playing having lost one time, right? (8)
GAMESTER:  An anagram (playing) of GETS TEAM minus one copy of the physics abbreviation for time (having lost one time) is followed by the single letter for right

22a   Region united behind leader of Zulus (4)
ZONE:  United or like-minded following (behind) the first letter of (leader of) ZULUS

23a   Add-on for individual office telephone (9)
EXTENSION:  A double definition that’s straightforward once the definitions are identified 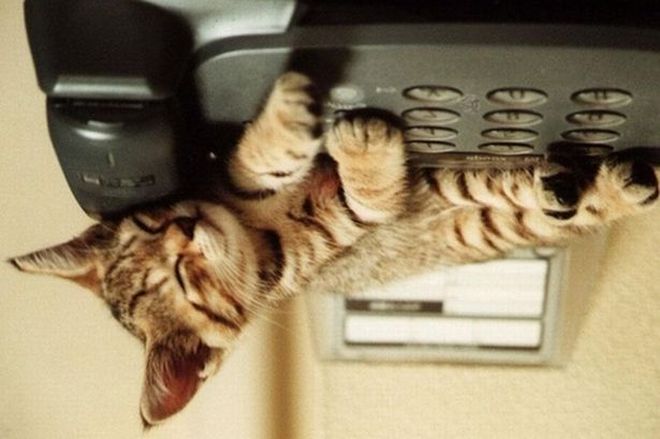 27a   Food items, some sacred, I blessed (7)
EDIBLES:  The answer is hidden as some of the remainder of the clue

28a   Writer from Germany seen with criminal (6,9)
ERNEST HEMINGWAY:  An anagram (criminal) of GERMANY SEEN WITH 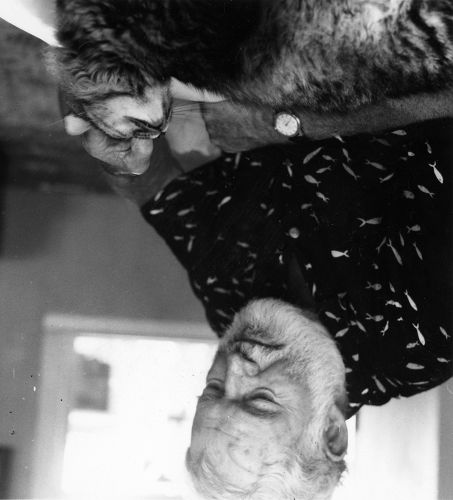 1d    One whose work can be draining? (7)
PLUMBER:  A cryptic definition of somebody who works with drains

2d    Mammal consumed food, tucking into game (5)
RATEL:  A verb meaning “consumed food” inserted in (tucking into) an abbreviation for an oval ball game. Read about the answer here 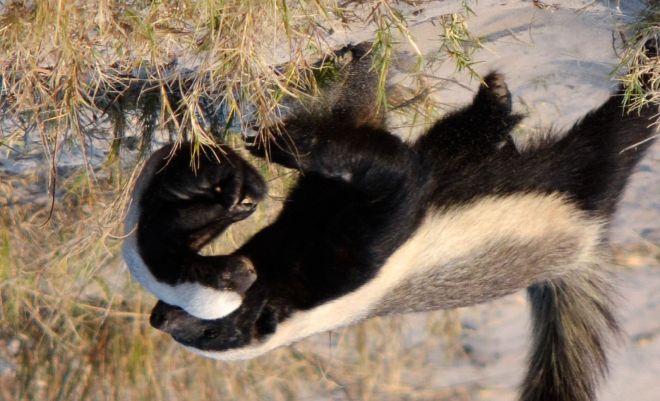 3d    Meteorologist initially guessing about humidity (9)
MUGGINESS:  The initial letter of METEOROLOGIST with an anagram (about) of GUESSING

5d    Poor children leaving school at last after English improved (8)
ENRICHED:  After the single letter for English comes an anagram (poor) of CHILDREN minus the final letter of SCHOOL (leaving SCHOOL at last)

6d    Posh medic beginning to use revolting language (4)
URDU:  The concatenation of the single letter indicating posh or upper class, an abbreviated medic, and the beginning letter to USE is all reversed (revolting)

7d    Upset husband interrupting public spat (9)
OVERTHROW:  The genealogical abbreviation for husband inserted between (interrupting) public or open and a spat or argument

8d    Island's papers turned up to see wreck (7)
DISABLE:  A small Italian island with its ‘S from the clue and the abbreviation for identification papers are joined and then reversed (turned up, in a down clue) 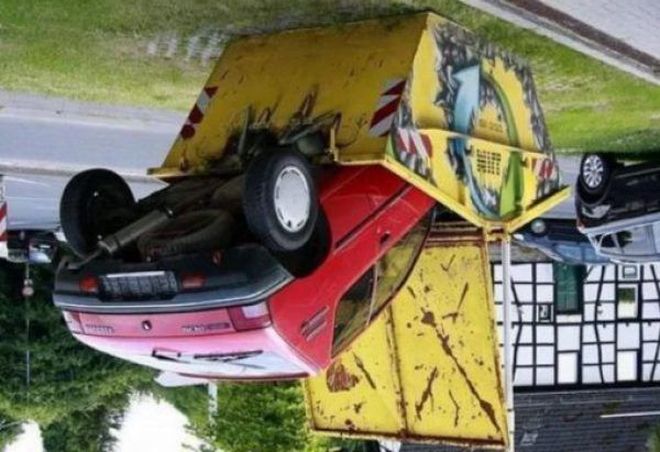 14d   Car about to be acquired by fellow Caribbean islander (9)
DOMINICAN:  A smallish car and the Latin abbreviation for about or approximately are together inserted in (acquired by) a fellow at an Oxbridge university

16d   Supposedly offspring of necessity is porky? (9)
INVENTION:  A porky, lie, or fabrication is also something proverbially born of necessity 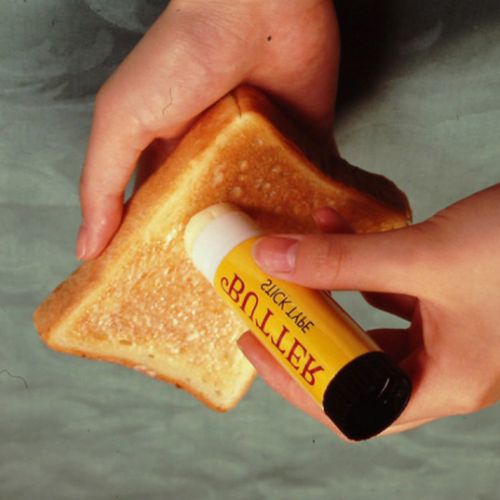 17d   Investigation concerning school that's capturing attention (8)
RESEARCH:  A short word meaning concerning or about is followed by the abbreviation for school containing (that’s capturing) another word for attention

18d   Look towards student feeding extremely large creature (7)
GAZELLE:  Look towards or stare is followed by the singe letter for a student or learner driver inserted in (feeding) the outer letters (extremely … ) of LARGE

20d   House in decay, gutted and filthy (7)
DYNASTY:  The outer letters (gutted) of DECAY with filthy or unpleasant

24d   Wife's sister perhaps through with teaching, some said (2-3)
IN-LAW:  Through or during with a homophone (some said) of  teaching or wisdom

Thanks to today’s setter. My favourites today came from opposite ends of the hints, namely 1a and the Quickie pun. Which clues did you like best?