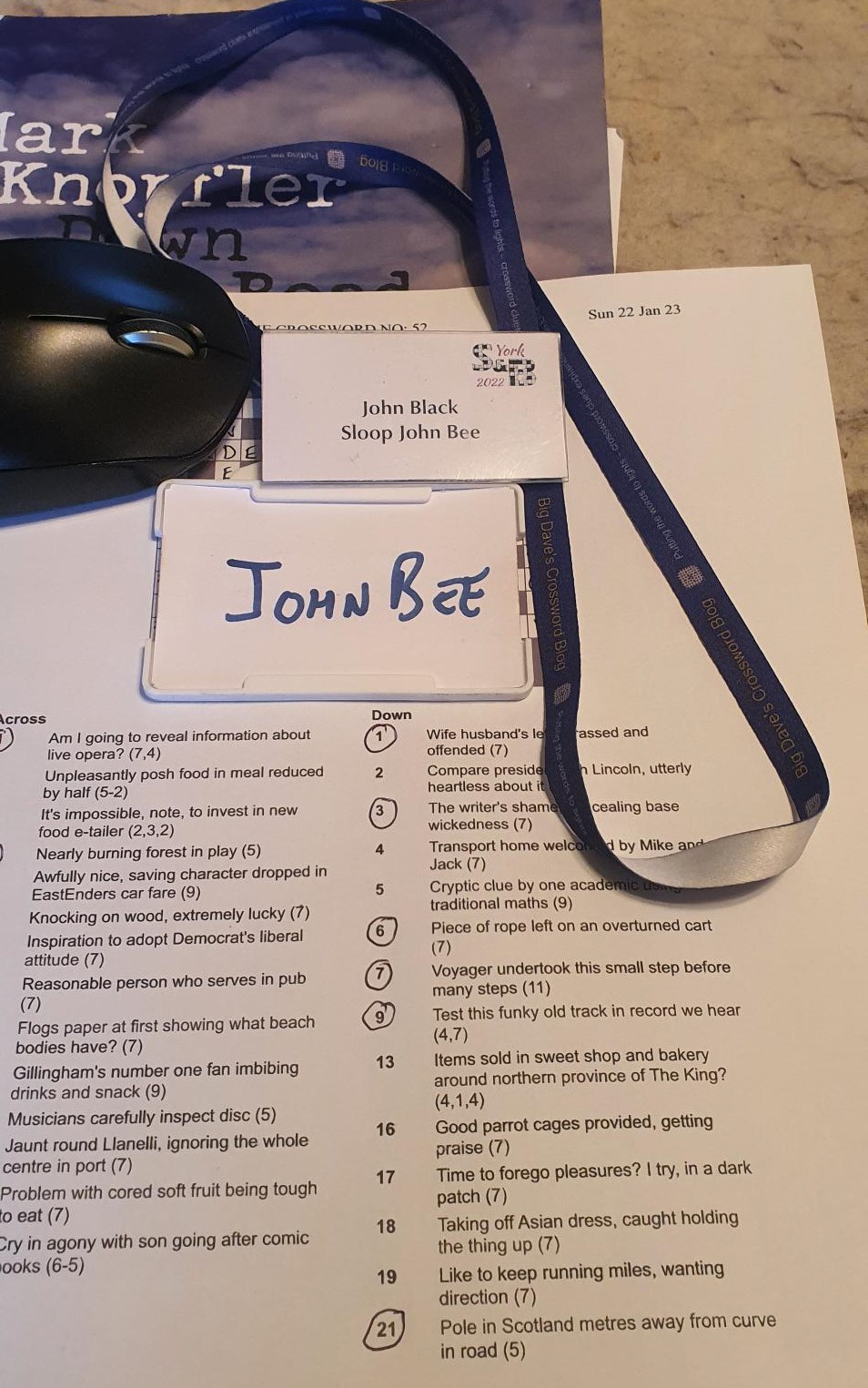 Sunday Toughie No 52 by Robyn

Not as tricky as the New Year’s Day Robyn, but lots to like. Very musical today with lots of earworms from The Lone Ranger, Supertramp, Hall and Oates, Elvis and any beat 21a of your choice. Shakespeare gets a couple of look-ins too. I tried to take a pic of my BD 6d without revealing too much but I see I have revealed a crossing letter. They are both hinted so San Fairy Ann.

A balanced 14a and 14d clues today. Half hinted. Hopefully, you will get enough checkers to get the rest, but if you want another nudge just ask.

8a It’s impossible, note, to invest in new food e-tailer (2,3,2)
N for note and an online grocery seller containing (invests) another n for new.

10a Nearly burning forest in play (5)
Almost all of a synonym of burning is a forest in Shakespeare’s As You Like It.

11a Awfully nice, saving character dropped in EastEnders car fare (9)
The letter that people from the East End of London may drop goes in an anagram of nice, followed by a cheap Russian brand of car, becoming some tasty Mexican fare.

22a Jaunt round Llanelli, ignoring the whole centre in port (7)
A jaunt, the letter that is round and what is left of Lanelli after it has been disheartened, give us a North African port.

24a Cry in agony with son going after comic books (6-5)
A cry and an interjection made when in agony, followed by a comical or eccentric person and s for son. The bookings that happen after minor transgressions on the football pitch.

1d Wife husband’s left harassed and offended (7)
A synonym for harassed loses the H for husband and follows W for wife.

3d The writer’s shame, concealing base wickedness (7)
A contraction of how Robyn may refer to himself, and a synonym of shame around the base letter of the natural system of logarithms. Any wicked act.

6d Piece of rope left on an overturned cart (7)
My 6d with BD’s handwritten name card, (and Elgar’s from the York S&B). We would normally be having a get-together next weekend but hopefully someday… Happy Birthday Big Dave’s Blog!

7d Voyager undertook this small step before many steps (11)
Lots of steps here, S for small, a step and a whole bunch of them together…

9d Test this funky old track in record we hear (4,7)
A verbal test, an anagram (funky) of this, O for old and some abbreviated tracks.

17d Time to forego pleasures? I try, in a dark patch (7)
A period of forgoing that runs from Ash Wednesday to Easter, I from the clue and an attempt or try is a dark patch of skin larger than a freckle.

21d Pole in Scotland metres away from curve in road (5)
A curve across the surface of a road loses a metric metre.

See you on the other side Croz…

12 comments on “Sunday Toughie 52 (Hints)”
Leave your own comment