Hello, everyone, and welcome to Thursday and a fun RayT puzzle.

6a    Ball possibly bowled prior to toss (4)
BLOB:  The cricket abbreviation for bowled with toss or throw

10a   Action from former single in bed (7)
EXPLOIT:  The usual short word for former followed by the letter representing a single inserted in a bed in a garden

11a   Scrutiny by Left about America (7)
PERUSAL:  A Latin word for through or by and the single letter for left are wrapped about an abbreviation for America

12a   Pure force grabbing can (8)
PRISTINE:  Force with a lever containing (grabbing) a can for food

13a   Class assigning status to expect, initially (5)
CASTE:  Initial letters of the first five words in the clue

15a   Rarer stigma before Church elder, finally (7)
SCARCER:  Link together a stigma or mark, an abbreviation for church, and the final letter of ELDER 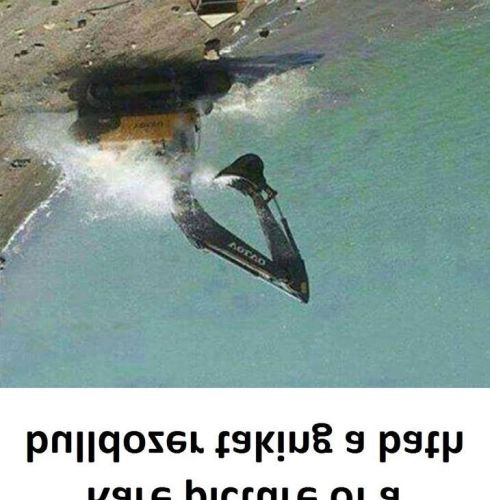 17a   Tied first of ligatures in cut (7)
SPLICED:  The first letter of LIGATURES inserted in cut or adulterated

This clue was updated after publication because, as RayT explains below in comment #29, the original version didn’t work. The revised clue now appearing in electronic versions of the puzzle is:

17a   Tied end of strap in cut (7)
SPLICED:  The end letter of STRAP inserted in a synonym of cut

19a   Competitor entering event ran tiredly (7)
ENTRANT:  The answer is hiding in (entering) the remainder of the clue

22a   Flight of American inside slammer (5)
STAIR:  An abbreviation for American placed inside an informal word for slammer or prison

27a   Boasting supporter facing bother about volume (7)
BRAVADO:  An undergarment that’s a supporter and fuss or bother are wrapped about the single letter for volume

29a   Flat race losing time (4)
EVEN:  A synonym of race minus (losing) the physics symbol for time

30a   Fidelity, say, within marriage? (10)
ALLEGIANCE:  The Latin abbreviation for “say” or “for example” inserted in (within) a marriage or partnership

2d    Tramp into wild to find material (9)
IMPORTANT:  An anagram (wild) of TRAMP INTO

3d    Cuts  wheat and barley? (5)
CROPS:  A double definition, with the ? indicating that the second is by example

4d    More irritable sailor up on deck (7)
RATTIER:  The reversal (up, in a down clue) of a usual sailor is followed by a deck or layer

5d    Some vessel potter turned without lid (7)
TOPLESS:  The answer is hidden in the reversal (some … turned) of the remainder of the clue

9d    Pair allowed to form band (8)
BRACELET:  A pair or couple with allowed or permitted

16d   Check on pilot, one on board? (8)
CHAIRMAN:  The abbreviation for check with another word for pilot

18d   Gauge Conservative over interior changes (9)
CRITERION:  The single letter for Conservative with an anagram (changes) of INTERIOR

23d   Stone top of arched entrance (5)
AGATE:  The first letter (top of) ARCH with an entrance in a wall or fence 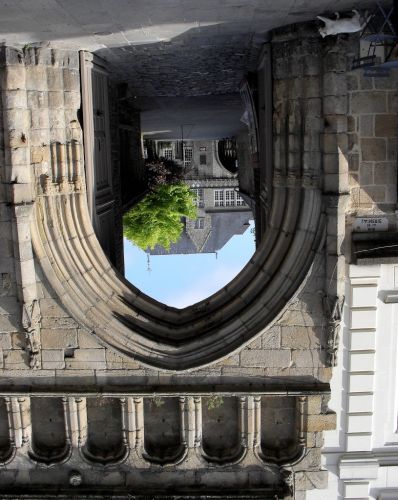 25d   Religious leader could give endless talk (5)
RABBI:  An informal word for talk or chat minus its last letter (endless)

26d   Monster therefore arises (4)
OGRE:  A Latin word for therefore is reversed (arises, in a down clue)

Thanks to today’s setter. My favourite clue today was 8d. Which clues did you like best?