Good morning from South Staffs. Thanks to Sloop John Bee for covering for me last week.

I’m going to repeat my thanks to Miffypops for organising cover for me during my recent absences, and express my dismay at his decision to quit the blog. It seems that employing his usual style in rely to [language inconsistent with BD’s etiquette guidelines redacted] has fallen foul of that person’s friends in high places on the blog. And I can’t help feeling that the idea of the Acting Moderators sitting in solemn conclave to agree how shocking it all was betrays a lack of understanding of human nature.

Who breaks a butterfly upon a wheel? (Alexander Pope)

Meanwhile, there is still a crossword to review. Today’s took me just into *** time, and had some interesting constructions. Some clues, coincidentally, have a resonance with current events on the blog.

1a           Farewell that makes good past worker upset? (6,9)
GOLDEN HANDSHAKE – Put together an abbreviation for Good, a word for ‘past’ as in ‘in —– days a glimpse of stocking…’, another word for a factory worker, and another word for ‘upset’ or ‘rattle’.

10a         They sketch, maybe, putting Queen in at first with son (7)
ARTISTS – Start with AT (from the clue) wrapped round the Latin abbreviation for s queen or king. Add three letters which look like the alphanumeric rendering of ‘first’. Finally add an abbreviation for Son.

11a         Dream of cooler siesta, frolicking (9)
FANTASISE – A device used for cooling, followed by an anagram (frolicking) of SIESTA.

13a         Peer with gong where personal decoration should hang (7)
EARLOBE – A member of the peerage followed by the three-letter acronym of a gong or decoration frequently awarded in the New Year’s Honours List. You might need to have it pierced if you want to hang a personal decoration on it.

15a         Cook tasted sampling whiskey and battered flies? (7)
SWATTED – Anagram (cooked) of TASTED wrapped round the letter represented by Whiskey in the NATO alphabet.

17a         Sinister group stifling publicity — one may be criminal (7)
CULPRIT – A sinister group, or religious or political sect, wrapped round a two-letter acronym for ‘publicity’ and the Roman numeral for one.

23a         Frock that gives little wear? (9)
MINIDRESS – Cryptic definition of a frock that doesn’t cover as much of the wearer as it might.

25a         Paid occasional visits to sierran region of Portugal (7)
MADEIRA – A synonym of ‘paid’ in the expression ‘paid a visit’, followed by alternate letters (occasional visits) of sIeRrAn.

26a         Dancing galore, taking in learner’s musical 9 Across (7)
ALLEGRO – Anagram (dancing) of GALORE, wrapped round the usual symbol for a learner driver.

27a         Uncompromising approach that leads to things piling up (9,6)
COLLISION COURSE – Cryptic definition of the path of two vehicles set to smash into each other.

1d           One with US military service, fine East African native (7)
GIRAFFE – Put together the two-letter acronym for someone in the US military, A British armed service, an abbreviation for Fine, and East. 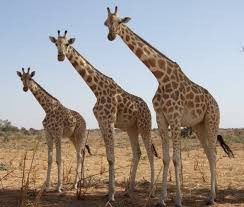 2d           Left university with tot to raise — one’s usually found in bed (5)
LUPIN – Start with abbreviations for Left and University, then reverse (to raise, in a Down clue)another word for a tot of spirits. The bed in the definition is a flower bed. 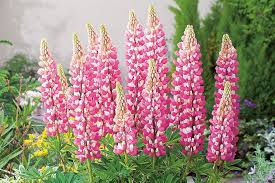 3d           Labour opponents knock back housing article (9)
ENDEAVOUR – Two opponents at the bridge table, followed by another word for ‘knock back’ in the context of food and drink, wrapped round an indefinite article.

4d           Telegraph supports farm food being wild (7)
HAYWIRE – Some cattle fodder grown on a farm followed by an old word for a telegraph.

7d           Hesitate to get agitated about fine (9)
AESTHETIC – Anagram (agitated) of HESITATE, followed by a Latin abbreviation for ‘about’ or ‘approximately’.

8d           Guaranteed right to enter petition in extremity (7)
ENSURED – This is a Russian doll clue. Put Right inside a verb meaning ‘to petition (a court, perhaps)’, then put the result inside another word for ‘extremity’.

14d         Perfect example of rock Sixties youth’ll broadcast (4,5)
ROLE MODEL – It’s homophone time! A homophone (broadcast) of another word for ‘rock’ (as a ship might), followed by a homophone of one of the warring youth gangs of the 1960s and the ‘ll from the clue.

18d         Some elements of orchestra may be nervous, almost taking pot (7)
TIMPANI – Another word for ‘nervous’ or ‘frightened’, minus its last letter (almost), wrapped round another word for a pot.

19d         Curb criminal element that’s gripping area (7)
CONTAIN – One of the usual crossword criminals, followed by a metallic element wrapped round an abbreviation for Area.

Back next week if I haven’t been carted off to the crossword gulag.