Hello, everyone, and welcome to Tuesday. I’d like to say that I solved this engaging and enjoyable puzzle completely unaided. I really would. But I can’t, because I had to turn to reference materials to make sense of some of the final down clues. On the flip side, I have learned several exotic new words. But even more puzzling than some of those answers is how the setter managed to get a crossword containing twelve complete or partial anagrams past the editor. Unless the setter is our editor? Perhaps we will find out later.

1a    Captain Nemo and I fighting to get freedom for slaves? (12)
EMANCIPATION:  An anagram (fighting) of CAPTAIN NEMO I 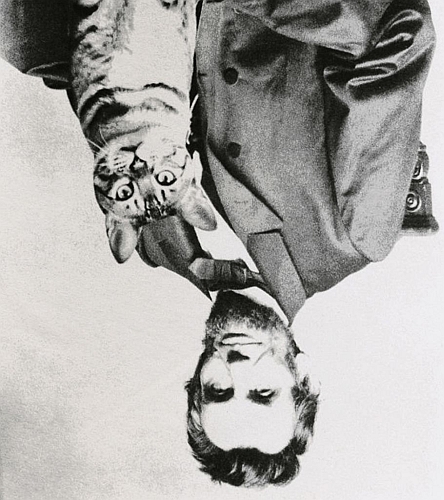 8a    A horse and sheep? One's above and below! (7)
ANAGRAM:  Link together A from the clue, a sometimes derogatory term for a horse, and a male sheep. The definition refers to the clues printed immediately above and below this one 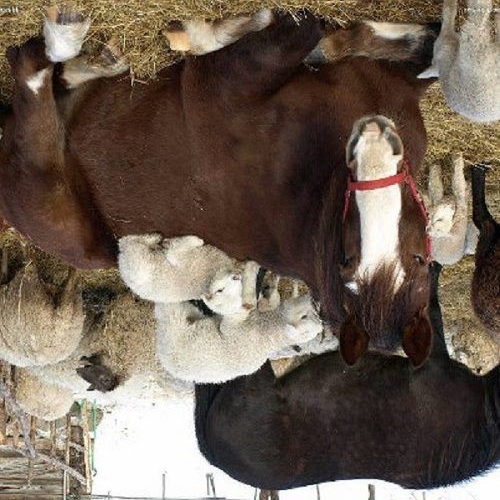 9a    Gucci (topless) with bus transported she-devils (7)
SUCCUBI:  An anagram (transported) of all but the first letter (topless) of GUCCI and BUS. It’s hard to believe that anyone thought the illustration below was a good way to advertise a bus service. The outcry was immediate and the campaign only lasted long enough to fill the internet with pictures like this one 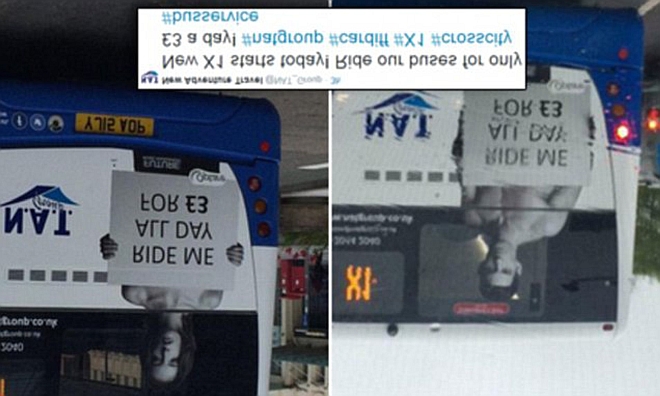 11a   Fit a wood-processing machine? (7)
CHIPPER:  Double definition. The first is an informal adjective meaning fit or well

12a   Brown, put back in act, stripped (7)
DENUDED:  The reversal (put back) of a brown colour is inserted in a synonym of act

13a   Childminder getting one's goat? (5)
NANNY:  A childminder who might be a nurse is also a goat

14a   Showing the removal of old Scots people? (9)
DEPICTING:  Whimsically, the answer, perhaps split (2-7) for clarity, could describe the removal of an ancient people who inhabited Scotland in Roman times

16a   Lacking aesthetic judgement in how food may appear after Covid (9)
TASTELESS:  A double definition.  The second refers to a possible symptom of Covid

19a   The late archbishop's skirts? (5)
TUTUS:  The late South African archbishop with his S from the clue 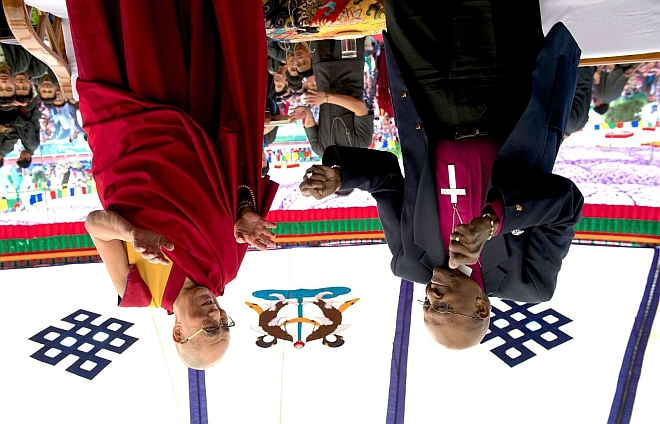 21a   Former pupil with view that's disgusting (7)
OBSCENE:  Follow the abbreviation for a former male pupil with a view or vista

24a   Sister I left, somewhat lacking in creativity (7)
STERILE:  The answer is hiding inside (… somewhat) the first three words of the clue

25a   I shout, absorbing loud echo returning in part of glacier (3,4)
ICE FALL:  I from the clue and shout or exclaim containing (absorbing) the reversal (returning) of the fusion of the musical abbreviation for loud and the letter represented in the NATO phonetic alphabet by echo

26a   Doctor and city tried to obtain proof of citizenship (8,4)
IDENTITY CARD:  An anagram (doctor) of AND CITY TRIED

1d    Auntie, perhaps, runs out in euphoria (7)
ELATION:  What auntie defines by example (perhaps) minus the cricket abbreviation for runs (runs out)

2d    A prize for wasting? (7)
ATROPHY:  A from the clue with a prize that could be a cup or a little statue 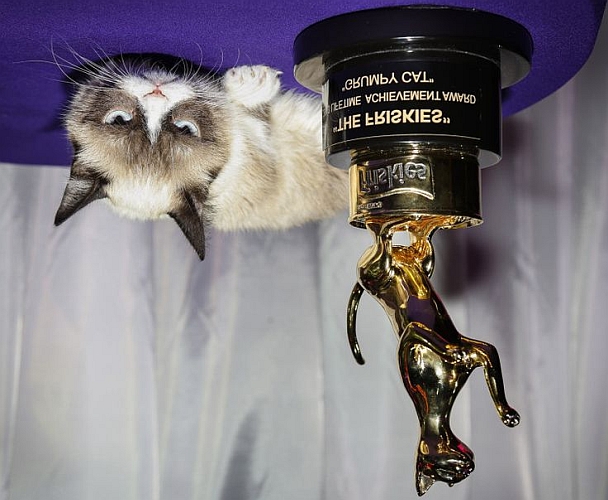 3d    City has Mayor's first bird flying in enclosure (9)
CAMBRIDGE:  The first letter of MAYOR with an anagram (flying) of BIRD are inserted together in an enclosure (for a bird, perhaps)

5d    Unusual niche in training college at first for practical skill (7)
TECHNIC:  An anagram (unusual) of NICHE is inserted between (in) the initial letters (… at first) of TRAINING COLLEGE

7d    You may need these when arranging vacation in Santa Cruz, initially (12)
VACCINATIONS:  The wordplay directs us to an anagram (arranging) of VACATION IN and the initial letters of SANTA CRUZ. The entire clue could serve as a definition (at least for some locations in Santa Cruz) 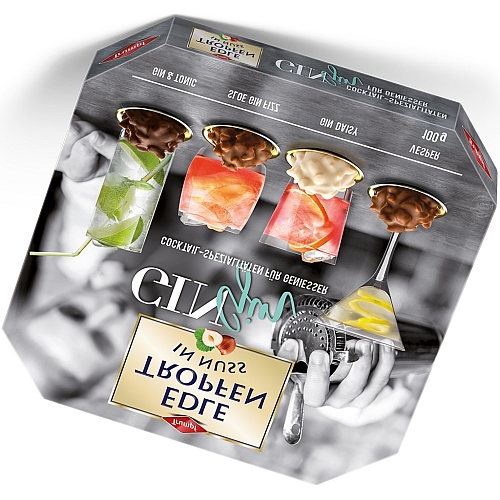 15d   Bill takes it? Yes, primarily for those who will come after (9)
POSTERITY:  A bill that could be an advertisement is followed by IT from the clue and first letter (… primarily) of YES

17d   Son ends up going off to stay for a while (7)
SUSPEND:  The genealogical abbreviation for son with an anagram (going off) of ENDS UP

19d   Fabric in Welsh river with letter from Greece pinned to it (7)
TAFFETA:  A Welsh river followed by a letter in the Greek alphabet 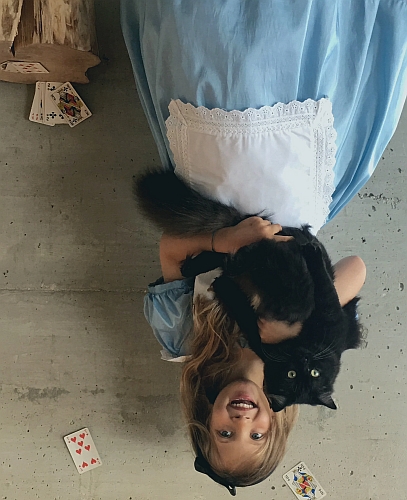 20d   Town lady, short of oxygen, getting agitated in Parliament (7)
TYNWALD:  An anagram (agitated) of TOWN LADY minus (short of) the chemical symbol for oxygen. The answer is explained here 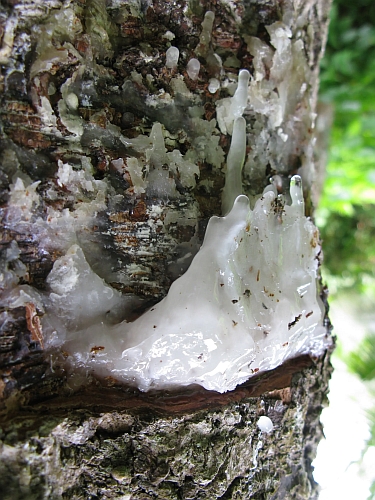 Thanks to today’s setter. I found lots to like here. Particularly noteworthy were 14a, 21a, 7d, 10d, 17d, and 20d. The Quickie Pun got proceedings off to a great start as well (some of our foreign readers might be wondering about the significance of the answer. It’s explained here).  Which clues did you like best?