A sound Friday crossword, which took me into *** time to solve.

1a           Old Ethiopian gets half-cut in Gulf (5)
ABYSS – Remove the second half from a word describing a resident of what is now Ethiopia.

4a           Individual pressing his mum regularly for fruit (9)
PERSIMMON – Take alternate letters (regularly) of hIs MuM and insert them into a word for an individual. 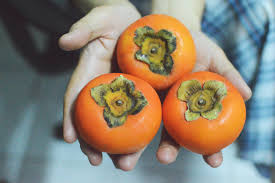 9a           Stiff punishment at school? Bad luck (4,5)
HARD LINES – Another word for ‘stiff’ followed by the sort of punishment assignment that Bart Simpson is seen doing in the opening credits of ‘The Simpsons’. 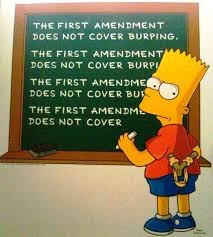 10a         Disgusted over large area of oil on water (5)
SLICK – Another word for ‘disgusted’ wrapped round an abbreviation for Large.

11a         Distinctive quality perfume (7)
ESSENCE – Double definition: the core quality of something; or a fancy word used by perfumiers to describe one of their products.

12a         Daughter browsed around district, almost made to seem small (7)
DWARFED – An abbreviation for Daughter, and another word for ‘browsed’ (in the context of animals eating), placed either side of a word for a district which in England is a subdivision of a borough, minus its last letter.

15a         Signs of single Italians moving, leaving area (8)
INITIALS – The letter which looks like a Roman numeral for one, followed by an anagram (moving) of IT(a)LIANS minus one of the abbreviations for  Area.

18a         Float hidden by mum on road leading to port (8)
SHANGHAI – To get this Asian port, wrap a two-letter command for silence (keeping mum) around a word which can mean ‘float’ (in the air, probably), then add two letters which look like the alphanumeric description of the old main road from London to the North.

23a         After game British forward finally has personal massage (3-4)
RUB-DOWN – Put together the initials of a fifteen-a-side-football game, an abbreviation for British, the last letter (finally) of forwarD, and another word for ‘personal’.

26a         Taking up golf for exercise, ultimately by oneself throughout (5)
ALONG – Start with a word for ‘by oneself’, then replace the last letter of exercisE with the letter represented by Golf in the NATO alphabet.

29a         Council oddly saying nothing discordant at first (5)
SYNOD – Alternate letters (oddly) of SaYiNg, followed by the letter which looks like zero or nothing, and the first letter of Discordant. 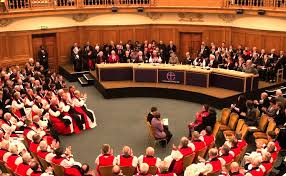 2d           Small cart wheeled several feet (5)
YARDS – Put together an abbreviation for Small and the sort of cart used by brewers to deliver beer, then reverse (wheeled) the result.

3d           Poles outside French island church still (7)
SILENCE – Abbreviations for the earth’s poles are placed either side of the French for ‘island’, then the abbreviation for the Church of England is added. The definition is a verb.

4d           Think garden feature needs trees around at intervals (6)
PONDER – A garden water feature is followed by alternate letters (at intervals) of tReEs, reading from right to left (around).

5d           Occupant of Ford maybe denied place for parking (8)
RESIDENT – The Ford here is not a place but a person, Gerald of that ilk. Remove the symbol for a parking place from the title that the American people awarded him to get the answer. 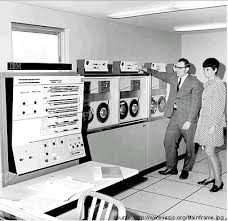 14d         Reportedly cycled towards mass police barrier (9)
ROADBLOCK – A homophone (reportedly) of another word for ‘cycled’, followed by a solid mass of something.

16d         Cried, cheesed off about empty calendar (9)
SCREECHED – anagram (off) of CHEESED, wrapped round the outside letters (empty) of C(alenda)R. 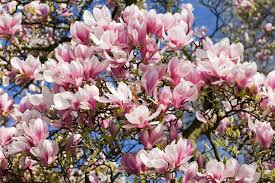 19d         Excellent produce limited for example over country (7)
GEORGIA – Put together a two-letter expression that looks like the alphanumeric one for ‘top quality’, another word for ‘produce (plants)’ minus its last letter (limited), and the Latin abbreviation for ‘for example’. Then reverse the result (over).

21d         Forgives former Conservative practices (7)
EXCUSES – Put together the usual prefix for ‘former’, an abbreviation for Conservative, and another word for ‘practices’.

22d         Regret being stopped by key save (6)
RESCUE – Another word for ‘regret’ is wrapped round the legend found on one of the keys on a computer keyboard.