Good morning from South Staffs, where the wanderer has returned from an enjoyable but rather hot tour of France. My deepest thanks to the team who filled in for me.

It may have been the rust showing, but I found today’s crossword quite tricky in places, and it took me well into *** time. It will be interesting see what others think.

1a           Tree specially hollowed out happened to hide soldiers (8)
SYCAMORE – Put together the outside letters (hollowed out) of SpeciallY, and a synonym of ‘happened’ wrapped round the usual abbreviation for soldiers who are not officers. 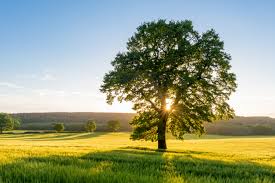 10a         Painter left with someone like Houdini, heading off (9,6)
LANDSCAPE ARTIST – Put together Left (from the clue), another word for ‘with’, and what Houdini was, minus its first letter. 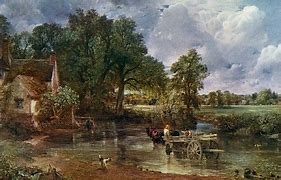 11a         Criticise popular article all about brutish people (7)
ANIMALS – Put together another word for ‘criticise’ (think tabloid headlines), another word for ‘popular’ and an indefinite article. Then reverse the result (all about).

12a         Stage argument backing king demanding toil (7)
LEGWORK – Put together a stage in a race, for example, the reverse (backing) of another word for an argument , and the chess notation for a king.

23a         Growth of delivery service force (7)
UPSURGE – The three-letter acronym seen on the side of an international parcel delivery service, followed by another word for ‘force’. 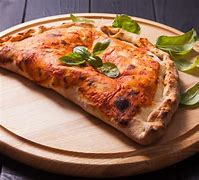 27a         Party by coastal structure is comparatively stupid (6)
DOPIER – One of the usual crossword parties, followed by a structure found at many seaside resorts.

28a         They bung openings in the hull beside people in boat (8)
THROWERS – The initial letters (openings) of The Hull, followed by people in a boat propelling it with oars.

1d           Revolutionary at large caught by North American leader (6)
SULTAN – Start by putting together AT (from the clue) and Large. Then put North and one of the usual abbreviations for American either side of the result. Finally reverse the whole lot (revolutionary) to get a Middle Eastern potentate.

2d           Set up company with new number (9)
CONFIGURE – An abbreviation for ‘company followed by New and a general word for a number.

6d           Wild consumer on account of long time on end of blower (7)
FORAGER – Put together another word for ‘on account of’, a long time, and the last letter of bloweR.

8d           Capturing back upset duchess imprisoned by group (8)
RETAKING – Reverse the name by which the duchess of Cambridge is familiarly known, then wrap another word for ‘group’ around the result.

9d           One carrying flyers showing black cosmetic (8)
JETLINER – Another word for ‘black’, followed by a cosmetic which may be used around the eye.

14d         Ragged cuddly toy with stuff inside but no head (8)
TATTERED – The short from of then name of a cuddly toy is wrapped around another word for ‘stuff’ or ‘substance’ minus its first letter (with no head).

17d         Free of charge, second-hand fencing son fixed (8)
FOCUSSED – The three-letter acronym for ‘free of charge’, followed by another word for ‘second-hand’ wrapped round an abbreviation for Son.

19d         Balcony initially terrified the Queen and family (7)
TERRACE – The first letter of Terrified, followed by the Queen’s regnal cipher and another word for ‘family’ or ‘ethnic group’.

21d         Learns about ordinary Italian city (7)
SALERNO – Anagram (about) of LEARNS, followed by Ordinary, giving us an Italian city which was the site of an Allied landing during World War II. 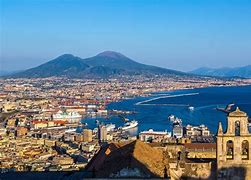 22d         Webs appear around empty houses to the north (6)
MESHES – Wrap a word for ‘appear’ around the outside letters (empty) of HouseS, then reverse (to the north, in a Down clue) the result.

24d         Foil is pointed stick for sport (5)
STUMP – Double definition, the first a verb, the second being one of six found in sets of three at each end of a cricket pitch.

25d         Game played with ball at clubs in Switzerland (5)
CATCH – Put together AT (from the clue) and the abbreviation for the club suit in a pack of cards. Then wrap the IVR code for Switzerland around the result.