Good Morning from North Yorkshire. Deep Threat is still on holiday so I am back for another go at the back pager. I am also at work until 18:30 so apart from a brief visit during my lunch break I will be unable to comment. Play nicely. I am sure my fellow bloggers and commenters will help with any problems.
We have an X-less pangram today so it must be proXimal but maybe a step easier than some of his Sunday Toughies
I have no real idea of gauging ratings but I have knocked off a Difficulty * and added an Enjoyment *.

1a Criminal to John’s rear is old con (6,5)
TROJAN HORSE: We start with an anagram indicated by the word criminal, I am not sure if I approve of having my backside being described as such, but I didn’t spend too long sitting on it before the penny dropped. Is appears to be a bit of padding and as my rear needs no more padding I have put it with the definition. This con was one the Ancient Greeks are alleged to have pulled against some neighbours.

8a Uncovering line, refers to prompts (7)
INCITES:  To uncover L IN E we remove its outer letters, add a synonym of refers to and we get a prompt or encouragement.

10a Partners having issues with IT coming to the fore (5)
ITEMS:   A synonym of issues as in issues forth, moves the letters I and T to the beginning (to the fore) and becomes a describer of the relationship between partners or significant others.

11a Victor against odd disheartened soldiers (9)
CONQUEROR: There are pros and cons to this clue. We start with the latter as a synonym of against, add a synonym of odd after it has lost its middle letter (disheartened) and then those soldiers of no particular rank.

12a An empty potty gets deposit perhaps (7)
PAYMENT:  Another anagram here indicated by potty, An empty being the fodder and deposit the definition. A bit of a loose definition but the perhaps allows us to stretch it a little.

14a Discontented tutor that is teacher assessed for suitability (5,2)
TRIED ON:  The assessment of suitability is one made when you check the fit of garments in a changing room. Constructed by taking the contents out of TutoR, an abbreviation for that is or id est and a senior university teacher.

15a Special backing on board (7)
NOTABLE: A reversal (backing) of on and a board on which food may be served are special.

18a Pure sample of orange lichen (7)
ANGELIC:  A lurker, contained in the last two words.

20a Financial expert redistributed coins to me (9)
ECONOMIST: Another anagram is indicated by (redistributed) the last nine letters of the clue.

21a Around edges of woods deer look for water (5)
DOWSE:  More edges of words here, the outer letter of WoodS have around them a female deer. A curious custom of seeking water with forked sticks that move when you are near a source of water. I don’t know why it works but it does.

22a Butcher’s cut bearing wide bandage (7)
SWADDLE:  A cut of meat, usually Lamb or Venison surround or bear the cricketty abbreviation for a Wide.  (More deer! the decaying remains of the one I couldn’t avoid are a constant pain in my mind, wallet and bumper on the trip to work.)

23a Drink after retiring turned into delight (7)
ELATION:  A type of beer is reversed (retiring) and an anagram (turned) of into, become a feeling of intense delight.

24a Gathered across boat, fish caught for Billingsgate? (11)
MARKETPLACE:  A synonym of gathered surrounds (across) Noah’s biblical boat and a homophone (caught) of a type of flatfish. Billingsgate is a definition by example here indicated by the question mark, as there are many other examples where fish or other goods are traded.

1d Attempt to conceal old misfortune (7)
TRAGEDY:  A go or attempt goes around (conceals) another synonym of old.

First attempt at this piece of music was blocked by YT I hope this one plays for you.

3d A rotten crop — it is fruit (7)
APRICOT: an anagram (indicated by rotten) of A CROP IT. Is appears to be padding again but it certainly helps the surface.

4d Beginning to hail carriage, figure lifted headwear (7)
HAIRNET: Start with the beginning of H-ail, add one’s carriage or demeanour and the figure TEN that is reversed (lifted in a down clue) (thanks Ian C) and we get a type of headwear that  Ena Sharples was rarely seen without.

5d Split by European uprising, group is recovering (9)
RECOUPING:  This group are usually formed in a circle and goes around an abbreviation for European and an uprising against a government. To recover from losses.

6d Went in hospital ward before introduction to doctor (7)
ENTERED: Our usual otorhinolaryngial ward, a poetic before, and the introductory letter to Doctor, Went in somewhere. sounds like the start of a joke. A doctor, a Poet and a Surgeon went into a bar…

7d Troop members caught that man on vessel with US characters (11)
CHIMPANZEES: How a cricket scorer indicates that someone has been caught, the dative and accusative form of that man, a vessel you may cook in, and how an American might say the last character of the alphabet. Troop is the collective noun for the members of this species.

9d Do housework well with family coming round end of June (6-5)
SPRING-CLEAN:   A well or source of water and one’s family (particularly Scottish) around the last letter (end of) June produce the housework that seasonally should have been done before June.

13d Daughter tucked into more Brie after moving garnish (9)
EMBROIDER: The abbreviation of Daughter is tucked into an anagram (after moving)of MORE BRIE for the garnishing of fabric with decorative stitchwork or the lies that fishermen may say about the size of the one that got away.

16d Directed arm to fine area on animal’s middle (4,3)
TOOK AIM:  To from the clue, a synonym of fine and the middle letters of an-IM-al. The target where you directed a sidearm.

17d Curse this writer audibly after upsetting experience (4,3)
EVIL EYE:   what we experience or go through perhaps is reversed (upsetting) and is followed by a homonym (audibly) of how the writer refers to self. produce a curse or glance that may cause it. 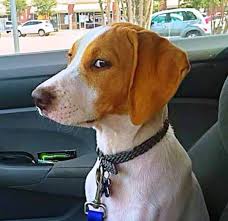 18d Belgian city worker used to be contracted north of Portugal (7)
ANTWERP:   one of crosswords usual workers and a shortened (contracted) synonym of used to be, go before (north of in a down clue) the IVR code for Portugal.

19d Disreputable member of Parliament shackled by prison sentence (3-4)
LOW LIFE:   Parliament is another collective noun for a crepuscular (active during dawn and dusk) bird, The bird goes in (shackled by) a long prison sentence. A rather topical clue and a lovely surface that gets my COTD.

21d Woman getting an A with papers returned (5)
DIANA:  Another generic name for a woman in this instance is formed from a reversal of some identification papers (returned) and three letters from the clue. The use of generic names in this way may disturb some crossword purists but they happen more and more often and are fair game to setters and crossword editors.

just in case you missed it here is the Paddington sketch from the Jubilee,