Hello, everyone, and welcome to Tuesday. I thought that today's back pager was just excellent, with many clues having clever twists and turns lurking beneath smooth surface readings. A few amusing topical references too. I would very much like to see more puzzles like this.

1a    Eel slipping off line -- this could be good for kippers (8,4)
SLEEPING PILL:  An anagram (off) of EEL SLIPPING is followed by the single letter for line

9a    Returning to the woman? Sensible, apart from that (9)
OTHERWISE:  Link together the reversal (returning) of TO from the clue, a pronoun for "the woman", and sensible or clever 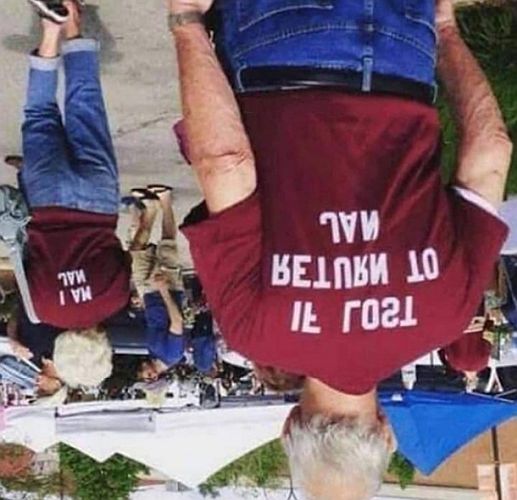 10a   Team up just in golf? On the contrary (5)
MERGE:  Inverting the wordplay (on the contrary) we insert the letter represented in the NATO phonetic alphabet by golf into a synonym of just

12a   Excessive faults we corrected (8)
WASTEFUL:  An anagram (corrected) of FAULTS WE

15a   Protest by student is hard to crush (8)
DEMOLISH:  Combine an informal contraction of a type of protest, the letter indicating a student or learner driver, IS from the clue, and the pencil abbreviation for hard 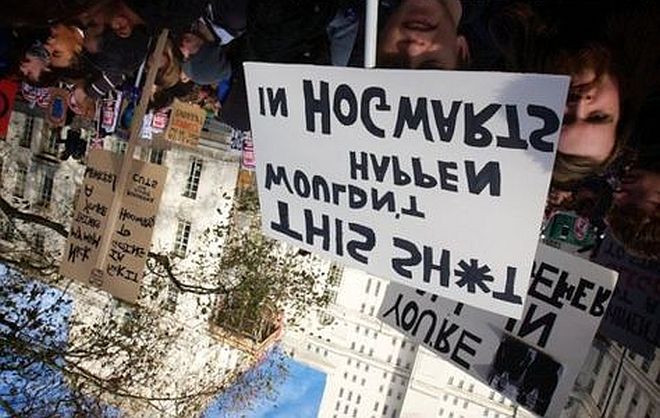 18a   Bounty -- big ship ending in catastrophe (8)
LARGESSE:  Join a synonym of big, the abbreviation for steamship, and the ending letter in CATASTROPHE 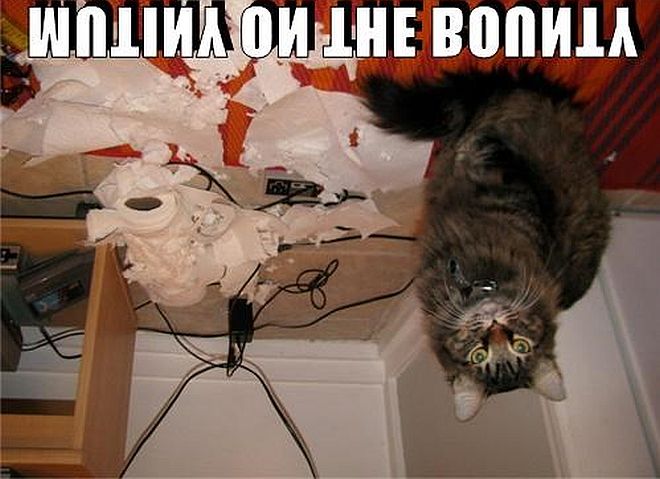 19a   School I'm describing second division (6)
SCHISM:  An abbreviation for school is followed by I'M from the clue containing (describing) the single letter for second

21a   Perhaps Lily's  underwear  slips (8)
BLOOMERS:  Triple definition: what lily defines by example (perhaps), an informal name for an item of female underwear, and slips or blunders

23a   Grand hotel bedroom regularly leaving one cold (6)
HEROIC:  Concatenate the letter represented in the NATO phonetic alphabet by hotel, alternate letters (… regularly leaving) of BEDROOM, the Roman one, and the single letter for cold

27a   Discuss terms at Eton, e.g. Michaelmas's second, possibly? (9)
NEGOTIATE:  An anagram (possibly) of AT ETON E.G. and the second letter of MICHAELMAS

28a   CIA spy crept around gathering international intelligence (12)
PERSPICACITY:  An anagram (around) of CIA SPY CREPT containing (gathering) the single letter for intelligence

1d    Singular P&O leaders in new squabble over retirement fund (7)
SPONSOR:  Cement together the single letter for singular, P and O from the clue, and the initial letters of (leaders in) the next four words in the clue 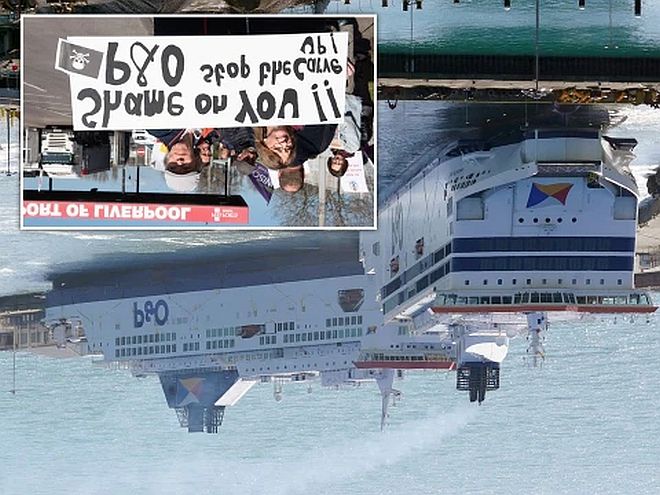 2d    The Queen inhales the air (5)
ETHER:  The Latin abbreviation for Queen Elizabeth contains (inhales) THE from the clue 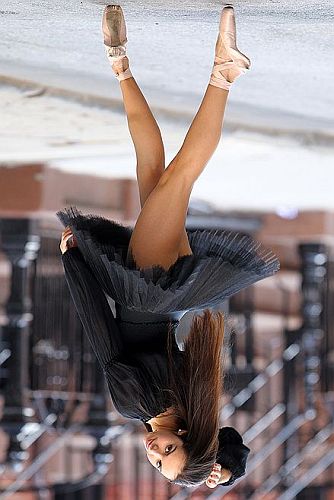 4d    Catch adult wearing nothing (4)
NAIL:  The single letter for adult inserted in (wearing) another word for nothing

5d    Ready before father and embarrassed (8)
PREPARED:  Put together a synonym of before, and informal word for father, and a colourful synonym of embarrassed

6d    Check loch -- this writer is on it (5)
LIMIT:  Glue together the single letter for loch, a contraction for "this writer is" from the compiler's perspective, and IT from the clue

7d    Artist, after good argument, mounted current painting on the wall (8)
GRAFFITI:  Putting the bits in order, we fuse together the single letter for good, a usual abbreviated artist, the reversal (mounted) of a minor argument, and the physics symbol for electric current 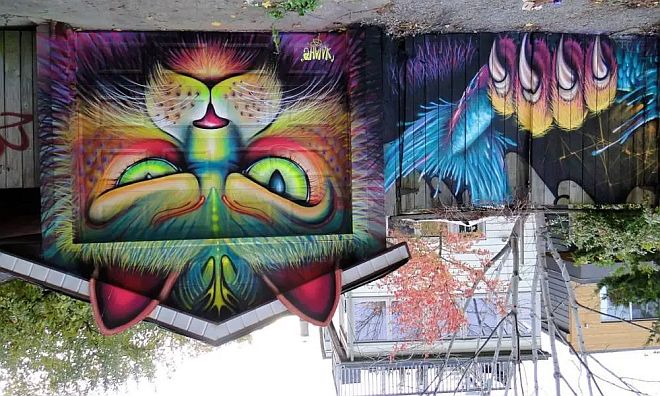 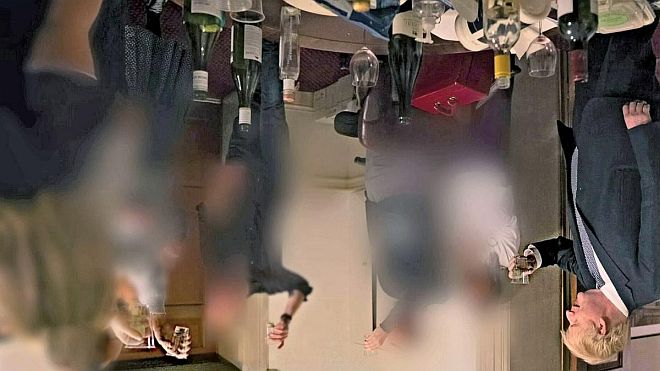 14d   Sea creature's power or control (8)
PORPOISE:  The physics symbol for power is followed by OR from the clue and control or balance

16d   Group of musicians for topless clubs breaking hearts (9)
ORCHESTRA:  Connect together FOR from the clue minus its first letter (topless), the playing card abbreviation for clubs, and an anagram (breaking) of HEARTS

17d   Fiddlers play with these  garments (1-7)
G-STRINGS:  A rather straightforward double definition

20d   Scoffing my cake or crackers? No answer (7)
MOCKERY:  An anagram (crackers) of MY CAKE OR minus the single letter for answer (no answer)

24d   Took a picture, capturing animal (5)
OKAPI:  The first three words in the clue are hiding (capturing) the answer 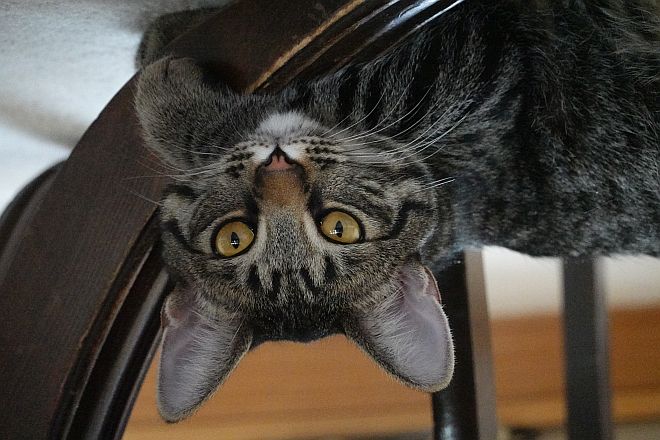 25d   Hugo and Clio both peeled fruit (4)
UGLI:  HUGO and CLIO minus their outer letters (peeled)