Good morning from South Staffs, where after a foggy start to the day we have a beautiful sunny morning.

Today’s puzzle is a pangra missing the X, so presumably a ProXimal production. It took me just into *** time to solve, but that was at the end of a tiring day, so I may not have been fully up to speed.

5a           Considered act to protect club (7)
DEBATED – Another word for an act wrapped round the sort of club used in cricket or baseball.

9a           Church beside mostly dim wood (5)
CEDAR – The abbreviation for the Church of England, followed by another word for ‘dim’ minus its last letter (mostly). 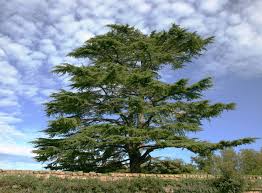 11a         Amazing pub by path male individual recalled (10)
PHENOMENAL – Put together another word for a path or narrow road, Male, and another word for an individual. Reverse (recalled) the result, then put an abbreviation (as seen on Ordnance Survey maps) for pub at the front.

12a         Bring forward last of huge barrels (4)
VATS – Start with another word for ‘huge’, then move its last letter one place forward.

14a         You heard chatting about heartless fool that’s not complimentary (12)
UNFLATTERING – The letter that sounds like (heard) ‘you’, followed by another word for ‘chatting’ or ‘gossiping’ wrapped round the outside letters (heartless) of F(oo)L.

22a         Plank from stump drilled audibly (10)
FLOORBOARD – Another word for ‘stump’ or ‘defeat in argument’, followed by what sounds like another word for ‘drilled (a hole)’.

25a         Ecstasy playing piece to capture knight in contest (9)
ENCOUNTER – The common abbreviation for the drug Ecstasy, and a token used in game play, placed either side of the chess notation for a knight.

26a         Character enthralled by unusual phantom (5)
ALPHA – This Greek character is hidden in the clue.

27a         Calmed and rested entertaining journalist before another (7)
SEDATED – Another word for ‘rested’ (after standing, perhaps), wrapped round the usual crossword journalist, with another such journalist added to the end.

2d           Following identification, understand restless person (6)
FIDGET – Put together an abbreviation for Following, the acronym for some identity papers, and another word for ‘understand’ or ‘grasp’.

3d           Crumbled tacos rot in drawer (10)
CARTOONIST – Anagram (crumbled) of TACOS ROT IN. This drawer is one who draws funny or satirical pictures.

8d           Arrange some time for equestrian event (8)
DRESSAGE – Another word for ‘arrange (a shop window or a theatre set, perhaps)’ followed by a long period of time. 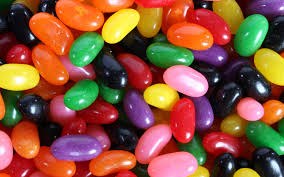 15d         Sent paperwork to give guidance about fleet at sea (9)
LEAFLETED – Anagram (at sea) of FLEET, inserted into a word for ‘give guidance’.

16d         Gets dirty book and relaxes, missing out intro (8)
BLACKENS – An abbreviatio0n for Book followed by a word for ‘relaxes (tension)’ minus its first letter (missing out intro).

19d         Flier is publication oddly prized (6)
MAGPIE – A short form of a word for a monthly or weekly publication, followed by alternate letters (oddly) of PrIzEd. 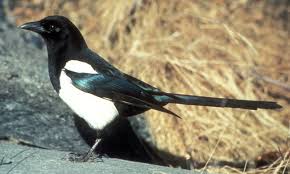 20d         Former king in European conflict invading Germany twice (6)
EDWARD – An abbreviation for European, followed by two examples of the IVR code for Germany, with an armed conflict inserted.

23d         Revolutionary Japanese game about small monsters (5)
OGRES – Reverse (revolutionary) the name of a Japanese board game, then add the Latin word for ‘about’ or concerning’ and an abbreviation for Small.