Sunday Toughie No 6 by ProXimal (Hints)

The dead tree has just arrived and I can confirm that this is a ProXimal.
I had to give it a good coat of looking at before it revealed itself but I got there in the end.

I would like to have hinted 11d as that was my trickiest solve but it remains only partially parsed. I will be lenient in the wielding of the naughty step about that clue.

I have hinted half of the clues and that should give enough checkers but if the gap created by 11d is causing problems I will toss in 27a as an anagram of first two words and the last word is the definition.

1 Go round excavation blocked by a large stone (10)
We start with a synonym of go-round as in a circuit or trip or outing, add the sort of industrial excavation used to extract valuable resources, this contains (blocked by) a  from the clue and the clothes label abbreviation for Large. Together we have a semi-precious gemstone found in many colours and places

6 Reported spend for stock (4)
A homophone of Spend, as in to spend ones resources sounds like the (female) stock  The Yorkshire Shepherdess may keep

10 King taking in attendant turning a magnifying device (9)
The majestic title reserved for male monarchs (2 letters) go around (taking in) an attendant, reversed and attached to a singular, you have a device for magnifying sound

12 One new item’s breaking in last minute (13)
another lego clue, In from the clue, a synonym of last, the letter that looks like 1 and an anagram of item’s are scrambled together to fit the definition in its extremely small sense

15 Secured home to the west, having security code at front (6)
A wild mammal’s hidden home reversed  (to the west)attach a Personal Identification Number to the front

21 People like Oliver Twist treasure star leader of urchins (13)
Twist is an anagram indicator the bit we need to anagrammatize are the next two words and the initial (letter of) Urchins. I am not sure how international this particular ‘Oliver’ is but when he stops telling us what our children should eat he has actually run (and closed) a few dining establishments.

26 One classed as noble, heartless admiral (4)
Our most celebrated Admiral loses his two central letters (rather than his right arm) to leave a noble gas. 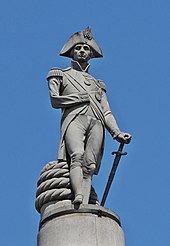 1 Reduced pipe on a musical instrument (4)
A pipe loses its last letter and replaces it with an a. 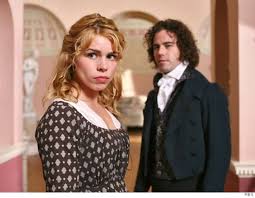 4 Climbing alien creature put in film (8)
Our (possibly) overused cinema alien and a more generic creature are reversed (climbing in a down clue) give us a protective film. to cover or overlay (a surface) with a thin sheet of protective material, eg transparent plastic film.

22 Two versions of sport split by area of country (5)
abbreviations for both codes of the sport played by men (and women) with odd shaped balls + a for areafor the opposite of an Urban lifestyle many aspire too.

Nice puff for my home region in yesterday’s Telegraph
https://www.telegraph.co.uk/family/life/yorkshire-new-cotswolds/
Probably done wonders for house prices but nothing for young people trying to get on the property ladder

23 Decorators firstly agreed colours (4)
First Letter of Decorators and a term of agreement.