Sunday Toughie No 4 by Robyn (Hints)

Hints and Tips by John Bee

This is my first go at providing the hints and I have had a lot of help from many others, Senf, Gazza, Miffs and BD to name just a few. If I have made any errors they are mine alone. Halcyon’s sterling work providing hints for Fridays toughie while Dutch was otherwise engaged is a great example of what this fine blog can do. I hope this works as well as that did.

1a      Manufactured sham fur and case of Chanel No. 9 (5,4)
We start with a partial anagram and the outer letters of a scent.
to produce a sporty type who wears the number 9.

9a      Delicate and fine wife looking game (5)
The abbreviation for Wife and the game that was used to distract fractious children (my sister and I) on long drives, until we subverted the process by picking rude words.

11a    All there is on growth stimulant plugged by guys (6,6)
The growth stimulant you might put on the roses surrounds some guys and is followed by is from the clue to give a Latin phrase for being of sound mind.

16a    Explorer crossing river on borders of Amazonian land (7)
A land or country can be found by taking the first and last letter (borders) of Amazonian, an animated explorer better known to a younger audience surrounds an R for river.

20a     Length of forerunner to the Kinnock era (7)
A predecessor of Neil Kinnock as Labour party leader and a synonym of era, gives a measure of film taken.

22a    Nice to travel round with long-haul trip facilitator (12)
Anagram of words 1, 6 and 7. The “trip” facilitated by its use is one that perhaps Brian Wilson or Syd Barrett took a bit too often.

27a    Sound made by wheel on the back of motor (5)
The letter that looks like a wheel follows a brand of German motor car to give an adjective related to sound.

29a    Move into Apple’s domain is issue for corporation (9)
To move into is followed by a 2 letter abbreviation for the field that the Apple corporation is known for and another gift of “is” from the clue gives an issue or problem with your corporation.

6d      Nitwit having lead around one Rottweiler’s tail (7)
The letter that looks like 1 and the “tail” of Rottweiler is surrounded by being in the lead of a race to give the definition. 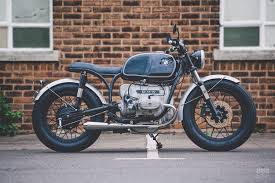 8d      Duck and run, catching awful mess in sewer (10)
The duck we want here is avian rather than crickety but a gender rather than a particular breed. It surrounds an anagram of mess followed by the crickety abbreviation for run.

12d    Captain dropping ace socks etc on new Bayern kit? (10)
A synonym of captain drops the a for ace and adds another word for socks and n for new. Put that together for an item of clothing traditional to Bavaria.

13d    Defending 5-0, stop late shot or cross sent in (6,4)
Take the Roman numeral 5 add the one that looks like 0, they are surrounded by (defending) an anagram (shot) of two more words.

24d    Change film screening day before 4th of April (4)
A film popular in crossword circles screens the abbreviation for day and the 4th of April, to give a task that Chris Lancaster undertakes on our behalf.

So how did you do? Beaming with joy? Or a face like thunder? Do let us know.

Some music. Hmm… what shall we finish with?

43 comments on “Sunday Toughie 4 (Hints)”
Leave your own comment