Good morning from South Staffs, where after a bright and breezy start, Storm Eunice is starting to make its presence felt. Best wishes to those of you already in the firing line.

I found today’s puzzle, which seemed to have a higher than average number of anagrams, to be fairly straightforward for a Friday.

1a           Trip of passengers on ship that might get wrecked? (5,6)
BOOZE CRUISE – Cryptic definition of a sea voyage on which the passengers may over-indulge in alcohol. Overseas readers may need to know that this comes from the habit of taking short trips from England to France to take advantage ofdifferences in taxes on alcohol.

7a           Lane, maybe, traversed by drunk person unaccompanied (7)
SOLOIST – The Lane here is Superman’s girlfriend, and has a word for a drunk wrapped round her.

8a           Warning about ferret oddly seen on the house (3,4)
FOR FREE – The sort of warning given on the golf course is wrapped round the alternate letters (oddly) of FeRrEt.

12a         Midge‘s closing of wings with flap on trousers (7)
SANDFLY – Put together the last letter (closing) of wingS, another word for ‘with’, and the opening flap on a pair of trousers.

14a         Workers veto unprotected manual device (7)
HANDSET – Some factory workers, followed by the inside letters (unprotected) of vETo. 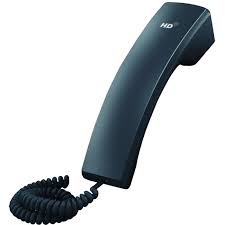 15a         American tramp bishop guided faltered (7)
BUMBLED – Put together an American tramp (not ‘hobo’), the chess notation for a bishop, and another word for ‘guided’.

22a         Slum it travelling across India for kicks (7)
STIMULI – Anagram (travelling) of SLUM IT, wrapped round the letter represented by India in the NATO alphabet.

1d           One wearing bangle transported from Bruges, say (7)
BELGIAN – Anagram (transported) of BANGLE, with the Roman numeral for one inserted.

4d           Fortify engineers with meat changing hands (7)
REFRESH – One of the usual sets of military engineers, followed by a generic term for meat, but with the Left becoming Right.

5d           Those bugging artist in criminal circles start to record (9)
IRRITANTS – Anagram (criminal) of ARTIST IN, wrapped round the first letter (start) of Record.

7d           Drink before parties? They’ll be bouncing off the walls (6,5)
SQUASH BALLS – A type of soft drink, followed by some formal dancing parties, giving us some pieces of games equipment.

16d         Dog rising in the morning moving with difficulty (7)
MASTIFF – Reverse (rising) the two-letter abbreviation for ‘in the morning’, then add a word for the way you feel if you’re having difficulty moving. 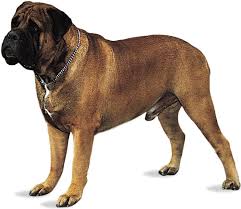 17d         Enticing artwork (7)
DRAWING – Double definition, the second being a piece of art done with a pen, pencil or charcoal.

18d         Danger following advice that’s upset everyone (7)
PITFALL – Put together an abbreviation for Following and a piece of advice, reverse (that’s upset) the result, then add a word for ‘everyone.

21d         Tree borders removed from vast enclosure (5)
ASPEN – Remove the outside letters (borders) for vASt, then add an enclosure for keeping animals.