Good morning from South Staffs on a foggy Christmas Eve. Best wishes to all those who form part of the Big Dave community, especially the many thousands of people who look at this site every day but don’t post a comment. It would be nice to hear from some of you.

I found today’s puzzle reasonably straightforward, and had the grid filled in ** time. The only real hold-up was in parsing 9d (though the answer was obvious).

1a           Detective emerging from helicopter with our suspect (7,6)
HERCULE POIROT – This fictional detective is an anagram (suspect) of HELICOPTER and OUR.

10a         Trial engulfs European politician in storm (7)
TEMPEST – The sort of trial that the England cricket team is failing in Australia, wrapped round an abbreviation for European and the usual politician.

11a         Student requiring support to install shower (7)
TRAINEE – A support for a golf ball at the start of a hole, wrapped round what you get from a shower.

14a         TV show that gets one into a lather? (4)
SOAP – Cryptic definition of the sort of TV serial originally sponsored in the US by makers of a product which produces a lather.

17a         Cricket teams in prime fitness at last (7)
ELEVENS – A prime number followed by the last letter of fitnesS.

18a         Fifty tucking into hot Christmas food (7)
STOLLEN – ‘Hot’ here is slang for something which had not been acquired legitimately. Wrap that word round the Roman numeral for fifty, to get a German cake popular at Christmas. 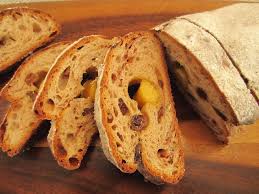 19a         Club perhaps provided source of financial capital (7)
CARDIFF – Put together something which may be a club (or a heart or spade…), the conjunction meaning ‘provided’, and the first letter (source) of Financial, to get the capital of one of the parts of the UK.

22a         Exhibition of setter’s skills displayed here? (3,4)
DOG SHOW – Cryptic definition of something where a setter (but not a crossword compiler) may appear.

25a         Single redundant worker being released (5)
UNWED – Start with a word for ‘redundant’ or ‘not needed’, then remove one of the usual crossword worker insects to get the answer.

26a         Herb swallowed finally with difficulty (4)
DILL – The final letter of swalloweD followed by a difficulty or disease. 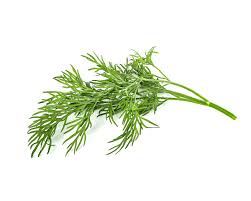 29a         Energy needed by snooker player possibly in decline (2,2,3)
GO TO POT – The first word is another term for ‘energy’, the second and third what a snooker player aims to do, so the whole phrase could be read as the energy needed to do that, but actually means to fail or decline.

30a         Mum loves employing rag mop regularly as cleaner (7)
SHAMPOO – An instruction to keep mum, and two instances of the letter which looks like a love score at tennis, placed either side of alternate letters (regularly) of rAg MoP.

31a         State running Austrian school, having sacked Head (5,8)
SOUTH CAROLINA – This US state is an anagram (running) of AUSTRIAN (s)CHOOL, after removing the first letter of ‘school’ (having sacked head).

2d           Graduates seen cavorting outside, all together (2,5)
EN MASSE – Anagram (cavorting) of SEEN wrapped round the letters found after the name of a senior Arts graduate plus the S because there are more than one of them.

3d           Boasted in company (4)
CREW – Double definition, the first being a verb for the sort of boasting a cockerel might indulge in.

4d           Young son scatters rubbish untidily about (7)
LITTERS – A collective noun for the young of an animal, followed by the abbreviation for Son.

15d         One granting wishes of a German, say, to go north (5)
GENIE – Put together the German for ‘a’ and the Latin abbreviation for ‘say’ or ‘for example’, then reverse (go north) the result to get the grantor of wishes who emerges when Aladdin rubs his lamp.

20d         Dish, excessive starter of olives, gentleman served up (7)
RISOTTO – A three-letter acronym for ‘excessive’, the first letter (starter) of Olives, and the form of address for a gentleman. Then reverse the result (served up). 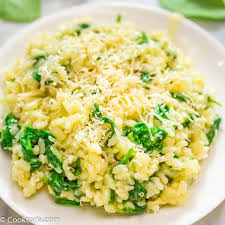 22d         Article of furniture, one found backstage in theatre (7)
DRESSER – Double definition, the second being someone who looks after one of the stars in a theatrical cast.

23d         Reportedly Berlin chap’s address has identity code that secures locks (7)
HAIRPIN – A homophone (reportedly) of the way you would address a man in German, followed by the sort of identity code that goes with your credit card. 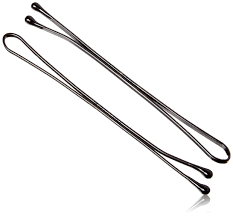