Good morning from South Staffs. Seven more sleeps before the big day, and the Grinches in Whitehall are preparing a great big package of misery for everyone. It’s probably just as well that our setter today got 1a in before such references are banned again.

Today’s crossword took me a fairly standard Friday time, with 2d one of the last in.

9a           Report showing a noble going round clubs (7)
ACCOUNT – A (from the clue) and a foreign nobleman, placed either side of the abbreviation for the club suit in a deck of cards.

10a         Many a groom wishes he was speechless (4,3)
BEST MAN – This is the man who traditionally ‘supports’ the bridegroom by giving an embarrassing speech at the wedding reception.

12a         Landlady maybe had to conceal electronic address? (10)
LETTERHEAD – Another word for a landlady or lessor, followed by HAD (from the clue) wrapped round the usual abbreviation for Electronic.

14a         Notice was about something found in the playground (6)
SEESAW – Another verb for ‘notice, followed by the reverse (about) of WAS (from the clue).

15a         Fresco Manchester’s exhibiting from an old American society (8)
COMANCHE – Hidden in the clue. 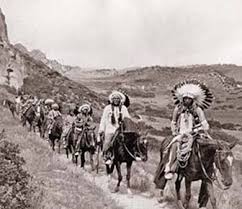 17a         Officers riding free within two seconds (8)
MOUNTIES – These Canadian police officers are appearing for the second Friday in a row. Another word for ‘free’ or ‘release from bonds’, placed between an informal word for a second and an abbreviation for Second. 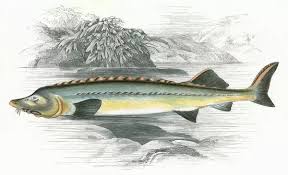 21a         Part of house daughter, newly-wed, will hide in twice (6,4)
DINING ROOM – An abbreviation for Daughter and a newly-wed man, placed either side of two instances of IN (from the clue).

22a         This hotel accommodating Charlie and Oscar’s parrot? (4)
ECHO – All four letters of the answer are represented by the words used in the NATO alphabet. ‘This’ is the answer itself. ‘This’ and Hotel are placed either side of Charlie, and Oscar brings up the rear.

25a         Flashy entertaining knight gets decoration (7)
GARNISH – The chess notation for a knight is inserted into another word for ‘flashy’ or ‘gaudy’.

26a         Hide blade, embracing with spy (5,3,6)
CLOAK AND DAGGER – Here we have another word for ‘hide’ or ‘conceal’, another word for ‘with’ and a short-bladed weapon, producing the traditional image of a spy.

4d           Something to eat, sweet, when eating left tons (6)
CUTLET – Another word for ‘sweet’ (perhaps applied to a small child) wrapped round Left, with Tons added at the back.

7d           Calculating anaesthetic needed with crisis in middle of night (6-9)
NUMBER-CRUNCHING – Put together crosswordland’s favourite synonym for ‘anaesthetic’, another word for a crisis (when it comes to the ——), IN (form the clue) and the middle letter of niGht.

8d           Nervous individual going to Germany, for instance getting a lift (2,4)
ON EDGE – Split the answer (3,1,2) and you have another word for an individual, the IVR code for Germany, and the reverse (getting a lift) of a Latin abbreviation for ‘for instance’.

17d         Humble in more than one way (6)
MODEST – Another word for a way of doing something, followed by an abbreviation for something which is a way or road.

23d         Motorists circling about neighbourhood (4)
AREA – One of the motoring organisations wrapped round the Latin word for ‘about’ or ‘concerning’.

The Quick Crossword pun EYE + KNEAD + EWE = I NEED YOU