Hello, everyone, and welcome to Tuesday. I thought that today's puzzle was just delightful. There are smooth and amusing surfaces coupled with varied and tight wordplay throughout. I hope we get more like this soon. Setter, please take a bow.

1a    Darcy isn't likeable, initially -- Austen heroine's quandary (7)
DILEMMA:  The initial letters of the first three words in the clue are followed by a Jane Austen heroine (ignore the surface reading – it's not the one who took time to warm to Darcy) 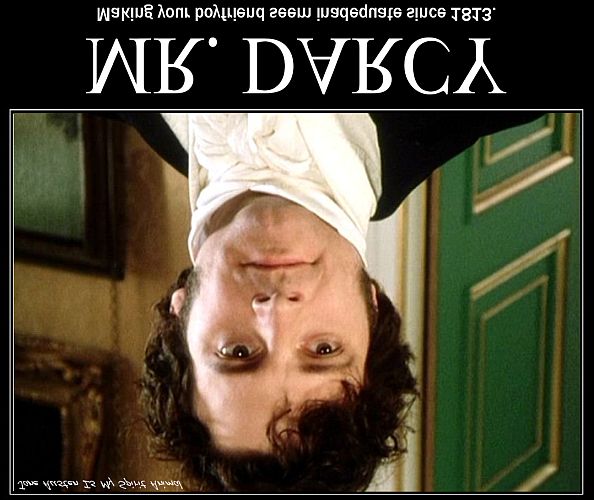 5a    Live in sin, habitually? To an extent (7)
INHABIT:  The answer is hidden inside ( … to an extent) the remainder of the clue

9a    Allowed on a lake (5)
LEGAL:  Link together another word for the on side of a cricket pitch, A from the clue, and the map abbreviation for lake

10a   Awfully pleased about an area for walking (9)
ESPLANADE:  An anagram (awfully) of PLEASED containing (about) AN from the clue

12a   Police  announce  list of charges (4)
BILL:  A very smooth triple definition. The first is an informal word for police 21a   Husband bitten by green parrot (4)
ECHO:  The genealogical abbreviation for husband contained by (bitten by) green in an environmental sense 22a   Professional compassion reduced debts -- that's lucky (10)
PROPITIOUS:  Put together the abbreviation for professional, all but the last letter (reduced) of a synonym of compassion, and some debts traditionally scribbled on a scrap of paper

25a   Crikey, matron shot bird! (9)
CORMORANT:  A slang exclamation of surprise (crikey) with an anagram (shot) of MATRON

26a   A daughter wearing the first lady's skirt (5)
EVADE:  A from the clue and the genealogical abbreviation for daughter inserted together in (wearing) the Bible's first lady

27a   Tons with motive for betrayal (7)
TREASON:  The single letter for tons with a synonym of motive

28a   Setter's perhaps after spicy snacks (3,4)
HOT DOGS:  What setter defines by example (perhaps) with its 'S from the clue comes after spicy or fiery

1d    Attractive person sitting on bar going topless for money (6)
DOLLAR:  A dated term for an attractive female person comes before (sitting on, in a down clue) BAR from the clue minus its first letter (going topless) 2d    Some empty cage largely reflecting what's left after death (6)
LEGACY:  The answer is hidden inside the reversal (some … reflecting) of the remaining words in the clue 4d    Space entertaining Nero, primarily? (5)
ARENA:  The wordplay directs us to a synonym of space containing (entertaining) the first letter (…, primarily) of NERO. The entire clue can also serve as the definition, making this a rare &lit or all-in-one type of clue

5d    Unprepared, I am quick with excuses, at heart (9)
IMPROMPTU:  Chain together the contraction of I AM, quick or punctual, and the central letter (at heart) of EXCUSES

6d    Virtually hot and cross after a practical joke (4)
HOAX:  Putting the bits in order, all but the last letter (virtually) of HOT is followed by A from the clue and the letter representing a cross

7d    Blair is touring a city (8)
BRASILIA:  Follow an anagram (touring) of BLAIR IS by A from the clue 8d    People collecting old written record for religious studies (8)
THEOLOGY:  A pronoun for people containing (collecting) both the abbreviation for old and a written record

13d   Change article headings in Daily Telegraph to include only males (10)
ADJUSTMENT:  The article is grammatical. Follow it by the initial letters of (headings in) DAILY TELEGRAPH sandwiching (to include) synonyms of only and of males

15d   Belong at paper, working with all the rage (9)
APPERTAIN:  An anagram (working) of AT PAPER with "all the rage" or fashionable

16d   Foreman's sock? (8)
UPPERCUT:  A great cryptic definition. Foreman here is George, not any old foreman. Anyone else start out trying to solve this clue as a double definition? 17d   What gunners might do -- and unsuccessful cavalry? (8)
RECHARGE:  What gunners do after firing could also describe what cavalry might do if they mess up their first attempt. I was going to preface that hint with "whimsically", but then I discovered that both definitions appear in the Shorter Oxford English Dictionary

19d   Regularly uproot last row to get vegetable (6)
POTATO:  Alternate letters (regularly) of the next three words in the clue

20d   The woman's supporting American doorkeepers (6)
USHERS:  A pronoun meaning "the woman's" comes after (supporting, in a down clue) an abbreviation for American

23d   Pa drops a long throw (5)
PITCH:  PA from the clue drops A and then gets long or desire appended

24d   Ruffian upset small lads (4)
BOYS:  The reversal (upset, in a down clue) of a ruffian or lout is followed by the clothing abbreviation for small

Thanks to today’s setter. Almost every clue today was a winner. If I had to pick a favourite I'd probably go for 4d because it's such a fine example of an &lit, the most challenging clue type for a compiler. 16d also deserves a special mention for great misdirection. Which clues did you like best?