I found this puzzle reasonably straightforward, with just a couple of pauses for thought. 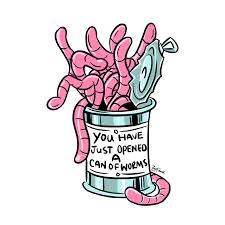 9a           It is hard backing second-rate horse essentially in race (7)
BRITISH – Put together a letter indicating second rate, the middle letter (essentially) of hoRse, IT IS (from the clue), and Hard.

10a         Inclined to cry, first of those facing reprimand (7)
TEARFUL – The first letter of Those, followed by another word for a reprimand or telling-off.

12a         Dance with student also involved in tempestuous affair (8,5)
HIGHLAND FLING – The usual letter indicating a learner or student, and another word for ‘also’, are placed between another word for ‘tempestuous’ (think of wind here) and a brief love affair. 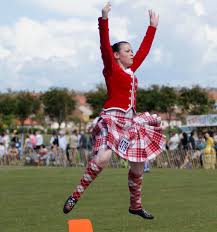 14a         Though appearing gutless, steals pounds (6)
THROBS – The definition is a verb. The outside letters (gutless) of T(houg)H are followed by another word for ‘steals’.

19a         Those originally inside Rolls-Royce arriving at opera? (6)
CARMEN – Split the answer (3,3) and you could have a definition of people inside a Rolls-Royce or other automobile. As a single word the answer is an opera based on a story by Prosper Mérimée.

26a         Flipping insect bite (4)
TANG – Reverse (flipping) a biting insect, to get the bite of something with a sharp flavour.

27a         Unknown’s article replaced by vacuous story expressing same idea (10)
SYNONYMOUS – Start with a word for an unknown author, then remove the indefinite article from the front and replace it with the outside letters (vacuous) of S(tor)Y.

1d           Caught boat regularly to circle posh island (4)
CUBA – The cricket abbreviation for Caught and alternate letters (regularly) of BoAt, placed either side of the letter often used to signify something ‘posh’, giving us an island country in the Caribbean. 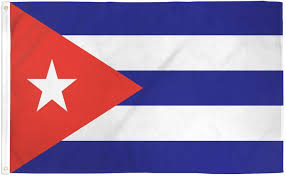 2d           In no case is Italy blocking new anaesthetic (7)
NEITHER – An abbreviation for New and a volatile gas once used as an anaesthetic, with the IVR code for Italy inserted.

3d           Employment perk, something a hairdresser might suggest? (6,7)
FRINGE BENEFIT – The first word of the answer can also be a part of a hairstyle, the second a perk or advantage. Put together, these suggest a form of non-cash remuneration for an employee.

4d           Postponed number going around vessel’s cargo area (2,4)
ON HOLD – Reverse (going around) a two-letter abbreviation for ‘number’, then add the place where a ship’s cargo is stowed.

5d           Second American admitting irregular unit is insubordinate (8)
MUTINOUS – Another word for a second or short period of time and one of the usual abbreviations for ‘American’, wrapped round an anagram (irregular) of UNIT. 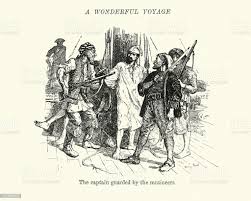 7d           Decision affecting lawful position of striker? (7)
OFFSIDE – Cryptic definition of a law in Association football which determines whether a striker is in a legal position to score a goal.

11d         Inexpensiveness of gold daughter accepted in good humour (13)
AFFORDABILITY – The heraldic term for ‘gold’ and an abbreviation for Daughter are put together and inserted into a word for good-humouredness.

13d         Love file sent with email message (10)
ATTACHMENT – Double definition, the first being love or affection for someone or something.

18d         Unusually generous fortune finally escaping theatre worker (7)
SURGEON – Anagram (unusually) of GEN(e)ROUS, missing one example of the last letter (finally) of fortunE, giving us someone who works in a theatre, but not one with a stage.

20d         Rising Oregon tenor’s opening line for skilled musician (7)
MAESTRO – Put together the abbreviation for the state of ORegon, the first letter (opening) of Tenor, and a line of stitching, then reverse (rising, in a Down clue) the result.

21d         Familiar with gripping, tense, uplifting poems you articulated (4,2)
USED TO – Put together some poems and the letter which sounds like (articulated) ‘you’, insert an abbreviation for Tense, then reverse (uplifting) the result.

23d         Plant, one supported by stake briefly (4)
IRIS – The Roman numeral for one, followed by another word for ‘stake’ or ‘gamble’, minus its last letter. 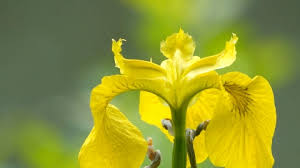