Good morning from South Staffs, where the morning sun is peeping through the clouds.

For me, this was reasonably straightforward. Whether others find it so will depend to some extent on the GK elements falling within their comfort zone.

1a           PM claims love for country (8)
CAMEROON – The surname of a former Prime Minister, with the letter which looks like a love score at tennis inserted, to give us an African country.

5a           Bishop enters a lounge that’s brightly lit (6)
ABLAZE – A (from the clue) and another word for ‘lounge’, placed either side of the chess notation for a bishop.

11a         American coach chasing very big award (5)
OSCAR – A clothing size which may be described as ‘very big’, followed by what the Americans call a railway coach or carriage.

12a         Skilful Anderson oddly needs time to trap India’s opener (6)
ADROIT – Alternate letters (oddly) of AnDeRsOn, followed by the first letter of India and an abbreviation for Time.

22a         Substantial account correct, yet having occasional omissions (8)
CONCRETE – Alternate letters of words two, three and four of the clue.

28a         Runs special editions of newspaper (6)
EXTRAS – Double definition, the first being runs in cricket which are not scored by the batsman (or do I have to say ‘batter’ these days?).

29a         Goes along with impression voiced following trick (8)
CONSENTS – A trick or chest followed by something which sounds like (voiced) an impression or feeling.

1d           It’s the end for some home furnishings (8)
CURTAINS – Double definition: some rather dated slang for the end of life; or some soft furnishings.

3d           Vivien, say, supports artist, one of Elizabeth’s favourites (7)
RALEIGH – The usual artist who is a member of the Royal Academy, followed by the surname of, among others, Vivien, who starred in Gone with the Wind. This gives us the surname of an Elizabethan seafarer and explorer.

4d           Poet about to flee pandemic (4)
OVID – To get this Roman poet, remove the Latin abbreviation for ‘about’ or ‘approximately’ from the short name of a virus with which we are all too familiar.

6d           Something baker’s made with yeast rose perhaps (7)
BLOOMER – Double definition: a type of loaf; or something which may be used to describe a rose or other flower. 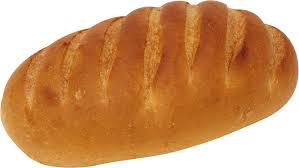 8d           Some bureaucrat arrested over document inaccuracies (6)
ERRATA – Hidden in reverse (over) in the clue.

10d         Councillor essentially avoids anxiety in retirement (8)
SOLITUDE – Remove the middle letters of counCIllor from a word for ‘anxiety’ or ‘concern’, to get a state of retirement from the company of others.

14d         Adult joke, one described by compere as sublime (8)
MAJESTIC – Put together an abbreviation for Adult and another word for a joke. A two-letter acronym for the host of an event is wrapped round the result.

16d         Sorry about dog maybe biting indefinite number attending function (9)
REPENTANT – Start with the Latin for ‘about’ or ‘concerning’, then add what a dog or cat may be, wrapped round an algebraic expression for any number and the shortened form of a trigonometric function.

19d         Primate is partisan when speaking (7)
GORILLA – One of the great apes is also a homophone (when speaking) of a partisan or other irregular fighter. 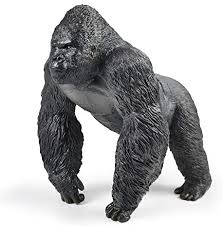 24d         Brother with beard displaying strength (5)
BRAWN – An abbreviation for BRother, followed by the beard on an ear of barley.

That reminds of a joke from when our children were small:

Q: Why is it better to be caught short in France than in Cornwall?

A: Because there’s only one Looe in Cornwall, but Toulouse in France!