Hello, everyone, and welcome to our discussion of another satisfying and enjoyable Tuesday crossword puzzle. Two Tuesdays ago X-Type said in a comment that "you'll see me more regularly from now on".  After solving this puzzle I suspect that regularly means fortnightly. Writing that reminded me that fortnight is one of a few non-slang British English words that baffle most Americans, perhaps because it's so difficult to guess its meaning.  Wikipedia, noting that the word is rarely used in North America, also warns readers that it is not to be confused with Fortnite, whose rise now makes comprehension over here even more difficult.

1a    Second bath and balder, regularly dropping lots of little hairs (7)
STUBBLE:  Link together the single letter for second, a synonym of bath, and alternate letters (regularly dropping) of BALDER 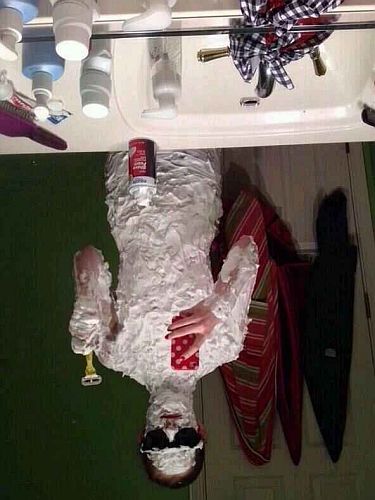 9a    Redgrave perhaps initially receives Oscar with sign of hesitation (5)
ROWER:  Assemble the first letter (initially) of RECEIVES, the letter represented in the NATO phonetic alphabet by Oscar, the abbreviation for with, and a spoken sound of hesitation. The definition is by example (perhaps) and refers to a sportsman, not an actor as is sneakily implied by the surface reading

12a   Took advantage of American cheese, removing half (4)
USED:  An abbreviation for American is followed by half (removing half) of a Dutch cheese

18a   Ready to fly, female cuckoo gleefully did -- one's taken off (5-7)
FULLY-FLEDGED:  The abbreviation for female with an anagram (cuckoo, as in crazy) of GLEEFULLY DID minus the Roman one (one's taken off) 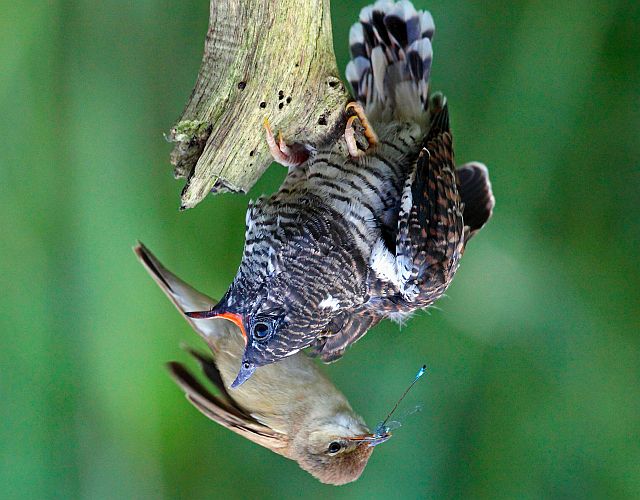 21a   Continues holding back group of soldiers (4)
UNIT:  The first word of the clue is hiding (holding) the reversal (back) of the answer

25a   I travel round northern France topless, showing foolishness (9)
IGNORANCE:  Cement together I from the clue, a short synonym for travel containing (round) the single letter for northern, and FRANCE minus its first letter (topless) 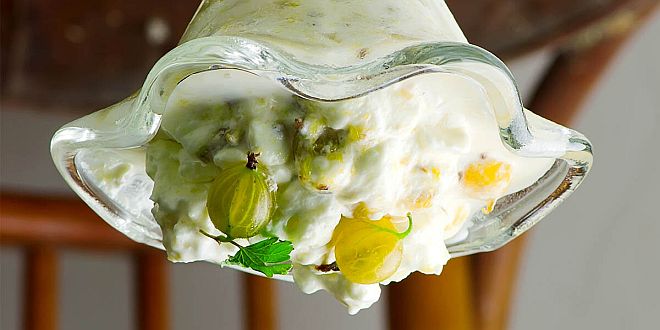 26a   Racket one found in trunk? (5)
NOISE:  The Roman one is inserted in (found in) what an elephant's trunk defines by example (?)

27a   Raise the Spanish tax between second and fifth of September (7)
ELEVATE:  Follow "the" in Spanish with an abbreviation for a particular tax sandwiched between the second and fifth letters of SEPTEMBER

28a   Some harass us, pending arrest (7)
SUSPEND:  The answer is hidden as some of the remaining words in the clue

1d    Mud's picked up on eastern walk (6)
STRIDE:  The reversal (picked up, in a down clue) of mud or filth along with its 'S, followed by the single letter for eastern

2d    Silly upper-class name? Ernie, perhaps (6)
UNWISE:  Cement together the single letter for upper-class, the abbreviation for name, and what Ernie the comedian defines by example (perhaps)

3d    Town's restricting minor street traders (6,4)
BARROW BOYS:  Evidently Cheshire, Suffolk, Shropshire, Rutland, Gloucestershire, Lancashire, and Somerset all have a town with the required name.  That word and its 'S are containing (restricting) a minor child.  I do not know how many fans of The Decemberists might be lurking out there, but here goes anyway.  This musical illustration of the answer must also surely be the only song in existence whose lyrics include the occasional Toughie answer tamaracks

4d    Fix hem with no top on the sack (5)
EMBED:  HEM minus its first letter (with no top) followed by what "the sack" can refer to informally

5d    Simply teach daughter to support golf club cost (5-4)
SPOON-FEED:  The genealogical abbreviation for daughter comes after (to support, in a down clue) both an old-fashioned golf club and a cost or rate 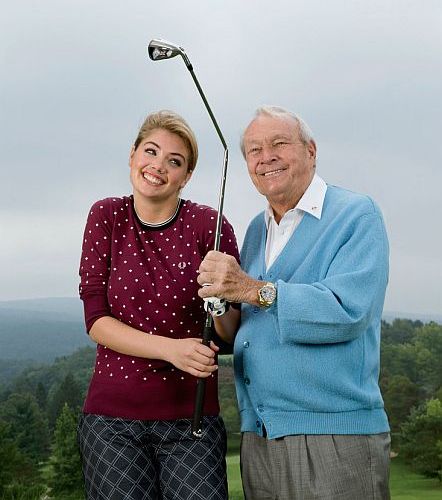 7d    Release English girl with one leg (8)
EMISSION:  Concatenate the single letter for English, a synonym of girl, the Roman one, and another work for the leg side of a cricket pitch

8d    Extra ecstasy after party's creating this? (8)
OVERDOSE:  The wordplay instructs us to start with a word meaning extra or surplus, then attach a usual party with its 'S from the clue, and follow that with the single letter for the drug ecstasy.  The entire clue can serve as the definition

13d   Source of power for high-fliers? (3,7)
JET ENGINES:  A cryptic definition of what powers those literally flying high above the Earth

15d   Mixing treacle with no patience (9)
TOLERANCE:  An anagram (mixing) of TREACLE NO 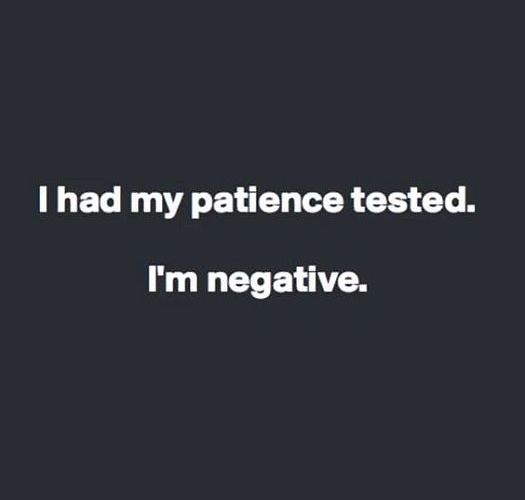 16d   Gushing brook almost capsized four friends in the middle (8)
EFFUSIVE:  All but the last letter (almost) or brook or bear is reversed (capsized, in a down clue) and followed by the Roman four and the letter found in the middle of FRIENDS

17d   Lines in top-notch article on church association (8)
ALLIANCE:  Two copies of the single letter for line are inserted in an abbreviation meaning "top-notch", and that's all followed by a grammatical article and the abbreviation for the Church of England

19d   Democrat with base and evil scheme (6)
DEVICE:  Join together the single letter for Democrat, the letter representing the base of the natural logarithms, and a noun synonym of evil

20d   Climb a post, enthralling Charlie (6)
ASCEND:  Follow A from the clue with another word for post (a letter) containing (enthralling) the letter represented in the NATO phonetic alphabet by Charlie

24d   Fish eater tucked into mirror carp (4)
ORCA:  The answer is hidden inside (tucked into) the remainder of the clue